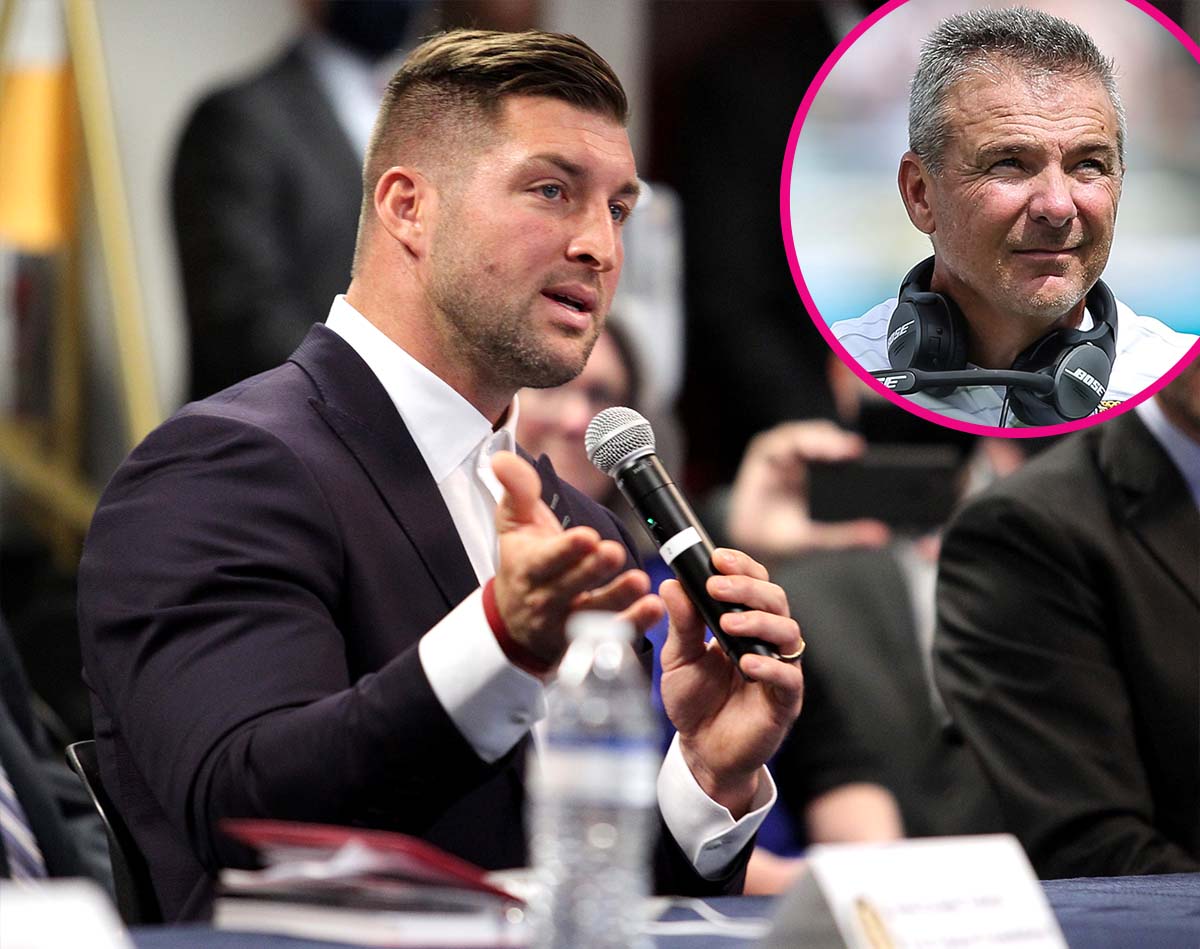 Offering his support. Tim Tebow revealed that he’s spoken to his former coach Urban Meyer since the NFL head coach became engulfed in a scandal earlier this week.

Urban Meyer’s Family: A Guide to the NFL Coach, His Wife and His Kids

“It’s a very difficult week, and my advice to him was to apologize, to admit it, to learn from it and to never, never repeat it,” the former NFL star, 34, said during an appearance on ESPN’s First Take on Friday, October 8. “Coach shared with me that it was one of the hardest times of his life.”

Meyer, 57, made headlines this week after a video that showed him dancing with a woman who is not his wife of 37 years, Shelley Meyer, went viral.

“I just apologized to the team and the staff for being a distraction,” the former Ohio State coach said during a press conference on Monday, October 4. “It was stupid. So, I explained everything that happened. And owned it. And, you know, just stupid. I should not have myself in that kind of position.” 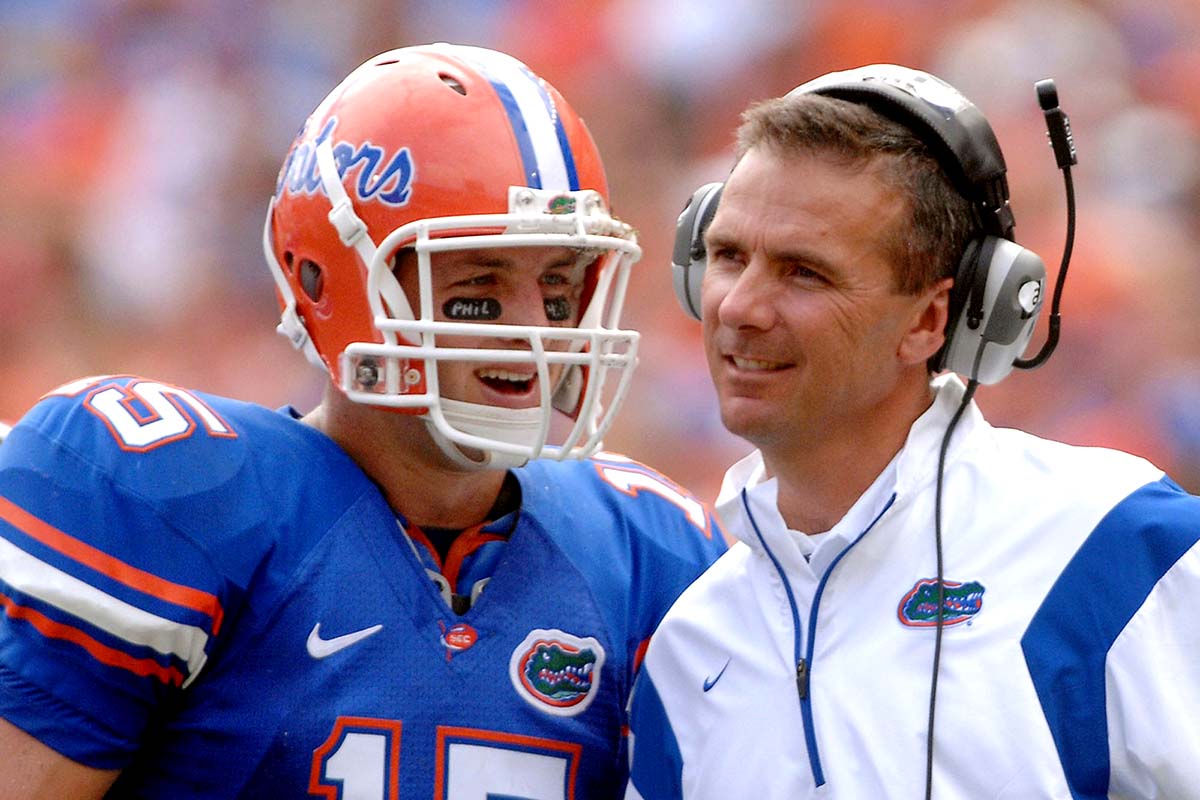 Tebow played under the Jacksonville Jaguars coach while attending the University of Florida, winning two national titles and a Heisman Trophy during his time at the school. The ESPY winner has remained close to the coach and his family since graduating from the university in 2009.

Celebrity Couples Who Stayed Together After Cheating Scandals

“Coach isn’t taking it lightly, and he knows what a big deal this is, how disappointing it is to so many people, and I believe he wants to make amends, which is very hard and takes a while,” the former New York Jets quarterback told ESPN on Friday, adding that Urban was “hurting” when he spoke to him.

Tebow added that he doesn’t condone his college coach’s behavior, but he hopes that he has the chance to earn back the trust of his family and his current players.

Earlier this week, Shelley broke her silence on the video, which showed her husband dancing with a young woman at a bar. “Frankly, I don’t need the hate, vitriol, slander, trash that will @ me (this has never stopped anyway),” she wrote in an Instagram post on Thursday, October 7. “We all make mistakes-we are all sinners. If you think you aren’t? Then cast the first stone.”

Meanwhile, Shad Khan, the owner of the Jaguars, called the coach’s behavior “inexcusable” in a statement posted via Facebook on Tuesday, October 5.

“I have addressed this matter with Urban,” Khan, 71, continued. “I appreciate Urban’s remorse, which I believe is sincere. Now, he must regain our trust and respect. That will require a personal commitment from Urban to everyone who supports, represents or plays for our team. I am confident he will deliver.”