These dogs with floof, aka Dr. Seuss feet, are too cute to miss

You some kind of wild animal? Twitter users share hilarious pictures of their dogs’ ‘GRINCH PAWS’ as viral thread highlights sweet similarities between pups and the Dr. Seuss character

The Grinch might be a ‘mean one’, but it turns out that dogs with long, Grinch-style paws are as cute as can be.

An image of a Pomeranian named River with adorably long-haired feet kicked off a Twitter thread, whereby users are sharing pictures of their own pets with similar paws.

Officer Edith, a semi-anonymous account ran by a San Francisco-based Animal Care and Control Officer, shared the image which proceeded to go viral. 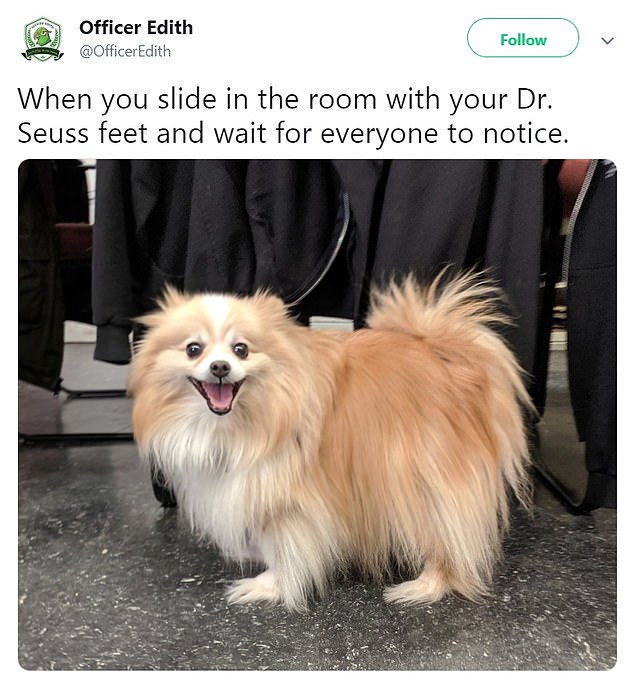 Cute: A Pomeranian’s ‘Dr. Seuss feet’ were the talk of the internet, kicking off a viral thread of dogs with long-haired paws 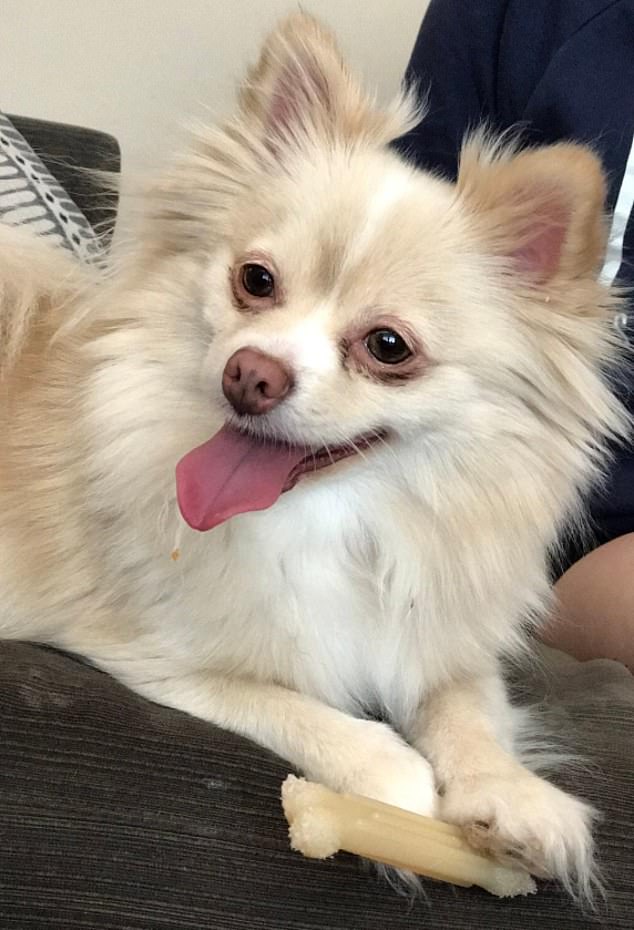 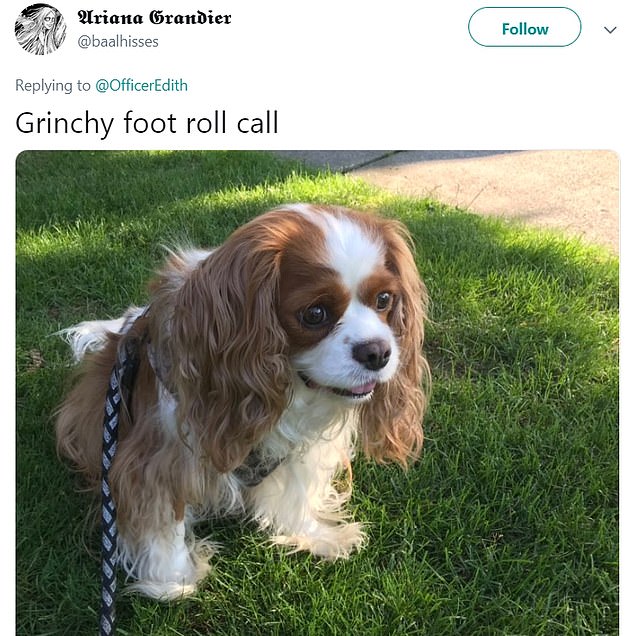 ‘I couldn’t stop laughing at her feet when she came in. I don’t know how much care she takes to look that good though,’ Officer Edith told commentors. 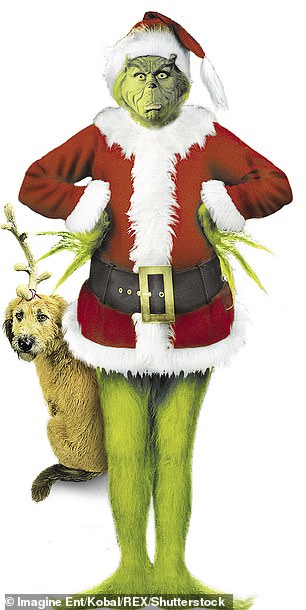 You’re a mean one: Jim Carrey immortalized Dr. Seuss’ mean green character Grinch in How the Grinch Stole Christmas in 2000

Within hours, it had racked up over 13,000 likes and 2,400 retweets. Better yet, some 200 people weighed in with pictures of their own pets with cute, cuddly paws.

Many people couldn’t resist drawing comparisons between River’s feet and those of Grinch, who was immortalized by actor Jim Carrey in the 2000 movie How the Grinch Stole Christmas.

From Spaniels and Long Hair Chihuahuas to Shih Tzus- and even cats – it seems that pets with these storybook-style paws can be found everywhere.

‘That dog should be in The Lorax,’ a Twitter user joked about the image of River, who is owned by one of Officer Edith’s co-workers at the California care shelter. The Lorax is a popular Dr. Seuss book from 1971, about a forest-guarding creature with long orange hair.

A New Jersey-based woman, with the handle Stephanie Engel, also chimed in that her dog was seemingly ‘adopted from Whoville’; referring to the fictional town created by Dr. Seuss, in which Grinch lives.

It seems that these type of fuzzy paws aren’t unique to River, as users pointed out their own nicknames for this feature. ‘Seussicals’, ‘Floofs’ and ‘Grinch toes’ were among the most humorous descriptions of these pups.

One dog lover on the social media platform added value to the conversation, stating that in the summer they tend to trim their pet’s long-haired paws back, while leaving them to grow in the winter.

According to groomers, dogs with medium to long hairs on their paws can catch burrs, mud and debris, so hair should be trimmed when it starts to fold under the foot’s pads. It is also recommended to comb the hair out often to avoid slipping and sliding.

This fluffy feet attribute is evidently not confined to dogs, either. Seattle-based tweeter Melanie Cole shared an image of her cat wearing Mardi Gras beads, showing off ‘Grinch toes’. 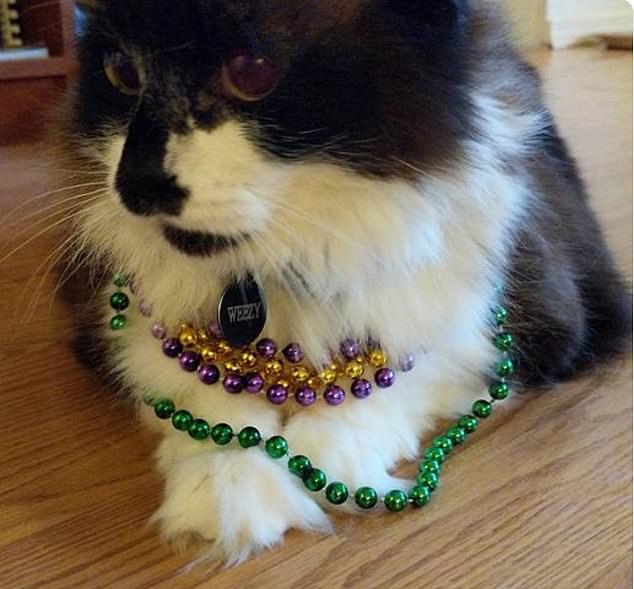 Miaow: Some cats even boast the same ‘Dr. Seuss feet’ as the adorable dogs in the thread 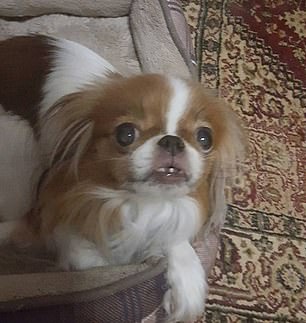 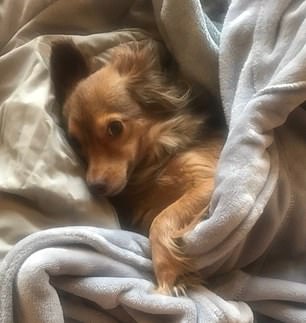 Adorable: An image of a Pomeranian with ‘Dr. Seuss feet’ started a viral thread of dogs with long, fluffy paws