The words you should never say to a grieving parent

Grieving parents have revealed the words you should never say to someone who has lost a baby – and offered advice on what you could try instead.

Sands Australia, a support service for bereaved parents, put together a list of things people commonly tell those who have lost a child.

These include sayings such as ‘everything happens for a reason’ which can hurt, confuse and anger those who are grieving. 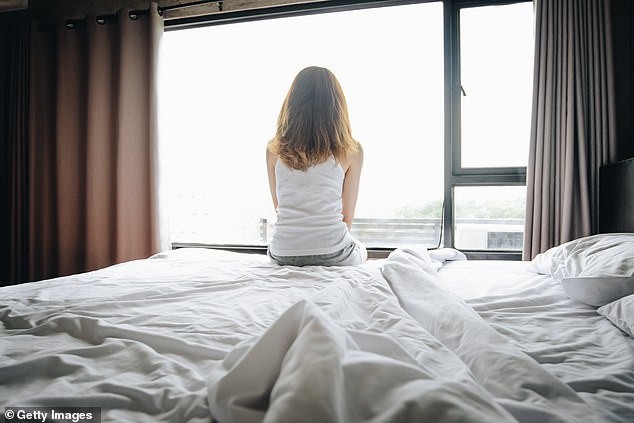 ‘Try saying “I am so sorry for what you are going through”,’ the support service, which has been helping families for 30 years, recommended in an Instagram post.

The service acknowledged that most people only say inappropriate things because they don’t know what else to do.

‘We know that those who stumble when trying to help bereaved families usually mean no ill intent, and they think they’re helping,’ they wrote.

Another common phrase is: ‘Let me know if I can do anything.’

But the service recommends adding a sense of urgency and not calling on the family to come to you if they need help later – because that may make them feel uncomfortable.

Say: ‘What can I do that will help you and your family now?’

And if the loss is early on in the pregnancy never say ‘at least you weren’t very far along.’

That baby was precious to them – and should be acknowledged by saying something like: ‘Every little life is precious.’ 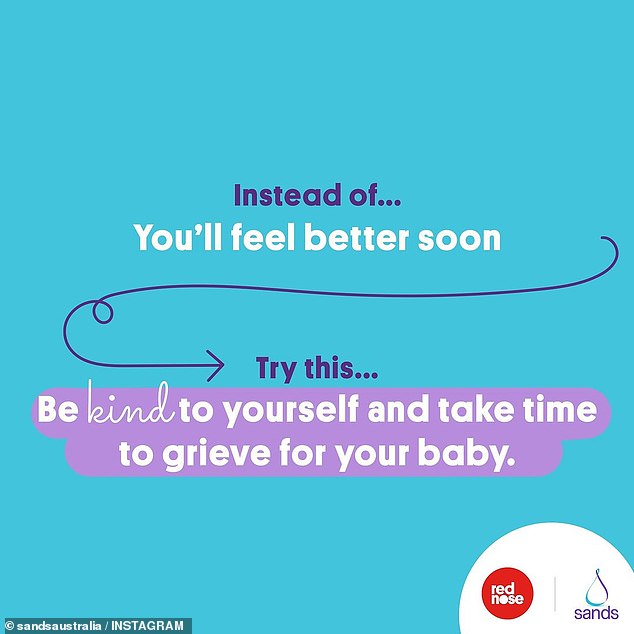 You should also never tell someone they will ‘feel better soon’.

Instead it is recommended to tell them to take time for themselves and to grieve the loss of their baby.

And instead of saying ‘I know how you feel’ try asking them instead.

Some parents complained their loved ones tried to guilt them out of their grief by saying their dead babies ‘wouldn’t want them to be sad’.

Sands Australia recommended saying the opposite.

‘It is okay to express how you are feeling and it is normal to feel a whole range of things.’

WHAT SHOULDN’T I SAY AND WHAT CAN I SAY INSTEAD?

DON’T SAY: Everything happens for a reason

TRY SAYING: I am so sorry for what you are going through

DON’T SAY: Let me know if I can do anything

TRY SAYING: What can I do that will be helpful to you and your family now?

DON’T SAY: God must have needed another angel.

TRY SAYING: You must miss him or her so much. Tell me about them.

DON’T SAY: I could never handle what you are going through.

TRY SAYING: I’m here to support you and your family for as long as you need.

TRY SAYING: Be kind to yourself and take the time you need to grieve for your baby.

DON’T SAY: I know how you feel.

TRY SAYING: How are you feeling today?

DON’T SAY: They wouldn’t want you to be sad or angry.

TRY SAYING: It’s ok to express how you are feeling and it is normal to feel a whole range of things.

DON’T SAY: At least you weren’t very far along.

You should also avoid saying thing like ‘God needed another angel’.

Instead acknowledge the fact the parents must be missing their baby a lot and ask about them.

The final thing you shouldn’t tell a grieving parent is that you ‘couldn’t cope in their situation’.

They may not feel like they are coping so instead offer your strength by saying something like: ‘I am here to support you and your family for as long as you need.’

They also called for bereaved parents to add their own to the list.

One mum said she was devastated when people told her ‘at least you didn’t lose both’ after one of her twins died.