Glasgow: China and the United States have boosted the global climate talks with their joint statement, quelling lingering fears that the summit might end in failure and opening the door to the acceleration of a global green economic transition.

It doesn’t mean the work of COP26 is done, just that there are fewer roadblocks to achieving success now that the statement has been made. 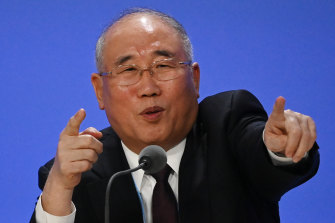 The specific goals of the United Kingdom hosts of the talks are to shift the world’s attention to the more ambitious Paris Agreement goal of holding warming to 1.5 degrees, to drive members of the agreement to increase ambitions in keeping with such a target, and to set a timeline on ending the use of fossil fuels.

In reality, none of these objectives were ever going to be achieved over 10 days in Glasgow, but if the summit is to succeed, momentum towards these aims needs to quicken, potentially making positive shifts inevitable.

The China-US joint statement is an accelerant.

Crucially, it endorses both the focus of the summit on driving ambitious action before 2030 rather than relying on mid-century targets, and on the primacy of the 1.5 degree goal over the 2-degree goal also found in the Paris Agreement but no longer seen as sufficient to save some nations.

It does not, however, specifically mention the fossil fuel phase-out, nor calls being made by some voting blocs here to have countries such as Australia that have not improved their 2030 targets return next year to do so. 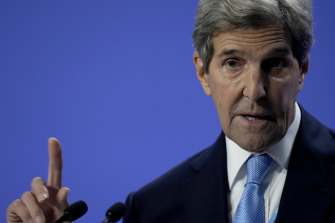 Where the joint statement does delve into specifics, it is on areas where there is little contention – the sharing of green-tech expertise, smoothing out regulations and concrete action on reducing methane emissions.

But the statement’s significance does not lie in its detail, rather in its weight.

“Co-operation is the only choice for both China and the United States,” Xie told reporters via a translator.

“By working together, our two countries can achieve many important things that are beneficial not only to our two countries, but to the world as a whole. As two major powers in the world, China and the US shoulders special international responsibilities and obligations.”

“With this statement, the world’s two most powerful countries and biggest emitters have committed to working together to accelerate action,” said the Climate Council’s chief researcher, Simon Bradshaw, who is in Glasgow as an observer.

When these two nations act, he says, geopolitical gravity shifts.

The statement also defuses the greatest single threat to the talks, which had been the finger pointing between the two nations – China accusing the US of failing to meeting act on its pronouncements, the US accusing China of being absent from the talks and reluctant on the issue.

The rift had been giving cover to smaller parties with an interest in retarding climate action, says Byford Tsang, a China specialist with the global climate think tank E3G, also observing the talks in Glasgow.

Indeed, during an interview earlier in the day the former president of Ireland swallowed tears in an interview as she described the gulf between the attitude of climate vulnerable nations in negotiations and those she believed were not sufficiently engaged, including China, Russia, Brazil, Saudi Arabia and Australia, which she said remained in “fossil-fuel mode rather than crisis mode.”

That cover is now gone, or at least reduced, and the mood in Glasgow considerably lighter as a result.

Get weekday updates on the climate summit that will shape our future. Sign up to our COP26 newsletter here.