It may be the one public platform left where it’s possible to have a civilised conversation on difficult topics. Since 1995, Insight has delivered exactly what it says on the tin: enlightenment about the issues that have us most intrigued and/or perplexed. In an episode earlier this year, one of the guests – a psychologist – described the therapy process as “understanding through questioning”, and it’s an apt description of what takes place most Tuesday nights on SBS.

Of course, several other current affairs shows attempt the same thing: Q&A, most obviously, but also The Drum, Insiders and Offsiders and The Project. Chat shows, essentially, but with a serious purpose. Yet so often we come away from them feeling either none the wiser, or actively irritated – sometimes enraged. With Insight, that rarely happens. 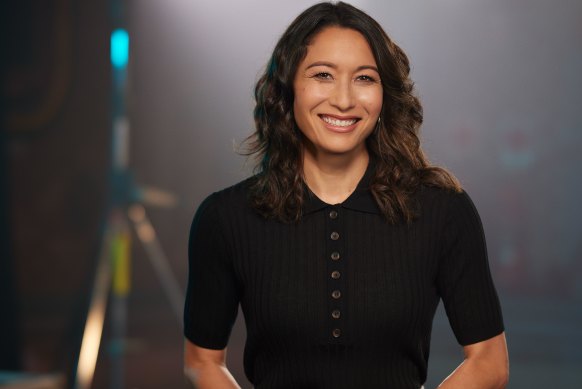 Part of the reason is that although it’s always topical, it’s not tied to an issue of the week. That means there’s time for research, reflection and deeper preparation for everyone, from the producers and the host to the experts and members of the public. In the week everyone else was talking about the Federal Jobs and Skills summit, for instance – with a lot of the same faces popping up time and again – Insight ran an episode on gender diversity. And why not?

It’s also a show that takes its time. Whatever the issue is, it’s the only issue. Sure, we look at different aspects of it. But no one’s trying to cram four related (or unrelated) topics into the one hour. On the contrary, at the end of the hour maybe everyone realises we’ve only scratched the surface. In that case, we’re bound to see the same topic return for a further look, perhaps from a different angle. No one’s saying, “Oh, we already did that one.“

Another distinguishing feature of Insight is that often the experts are also there as members of the public. There’s no divide between the experts and the rest – something explicitly acknowledged in the show’s new configuration, which has the host Kumi Taguchi alone on a floor (not a stage) and everyone else jumbled up together in the surrounding seating. It recognises that on a fundamental level the personal is political, and that being an “expert” can mean having vivid lived experience as much as a doctorate in something or other or being the CEO of that other thing. Professors and CEOs (and politicians, and journalists) aren’t banned. But the host and producers are always looking for the people who bring added value. It makes for a much richer discussion.

Because it’s an SBS show, it has always gone out of its way to make sure participants represent a true cross-section of multicultural Australia. “Diversity” has become one of those lazy catch-alls that has even progressives rolling their eyes. But when you see it in action, you get it. It’s not about having a brown person or a Muslim person or a trans person on the panel. It’s about teasing out the differences in, say, the migrant experience for someone from Turkey and someone from Somalia. Or between a migrant and a refugee. Or a Somali woman and a Somali man. And all those conversations are wildly different from one on the same subject between, for instance, the white middle-class representatives of the Department of Home Affairs, the Business Council of Australia, the police and the teachers’ union. 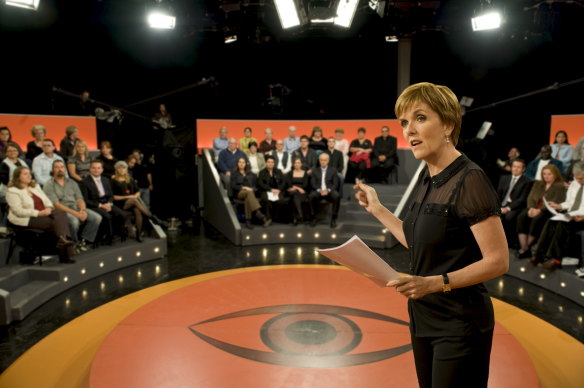 Insight is also – and again, this might be because it is an SBS show – steadfastly humble, despite its magnificent innings. It is a current affairs series distinguished by its lack of grandstanding. Just as the freedom to ignore the day’s headlines means no one who turns up is expected to have a hot take, you almost never see a guest determined to suck up all the oxygen. It’s hard to think of another news-focused show that’s so free of ego.

It deliberately courts differences of opinion while eschewing controversy. While over the last few years Q&A has either been a forum for politicians delivering talking points, or veered into decidedly Jerry Springer-ish territory – and guests on The Drum seem to feel obliged to be “entertaining” – Insight has actually dialled things down. In her early days as host, pocket rocket Jenny Brockie brought big energy to the room and liked to keep things lively and moving. Kumi Taguchi, still and softly-spoken, has the opposite effect, keeping the conversation ticking over and on point but bringing a decidedly calming vibe.

And in the current climate, that’s probably one of the greatest assets the host of a show like this can have. Other shows seem intent on creating drama, hoping to grab and hold the attention of viewers in a busy world – often under the disingenuous cloak of airing “a range of opinions”. But society is running so hot right now – and everyone, on all sides, is so convinced they’re in sole possession of the truth of a matter – that lighting a fire under them is only counterproductive.