The Australian books that are hot property overseas

Meg Mason should have been in Britain in June for publication of Sorrow and Bliss, her third novel. No one had bought international rights to her first two books, so she had pinned her hopes on this engrossing story of a woman struggling with a mysterious mental illness.

The book was spruiked at the Frankfurt Book Fair in October 2019, sold to a US publisher a few months later – before it was published in Australia in September 2020 – and then in a frenzy of activity snapped up by British publisher Weidenfeld & Nicolson in a five-way auction. It has now been sold to 26 publishing territories. Bliss indeed. 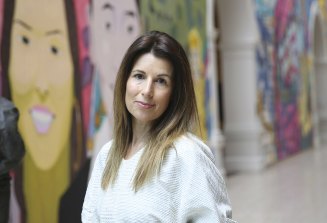 The sorrow came with the pandemic travel restrictions that prevented the author from enjoying in person the acclaim and popularity her book has enjoyed. The Observer described it as “blunt, tender, hilarious, and so very good on the trickiness of families, it is that rare perfect balance of fun (commercial) and difficult (literary), and exactly the book to read right now, when you need a laugh, but want to cry”. Sales are about double those in Australia, where it was published in September 2020.

It is just another example of how when it comes to international publishing rights, Australia punches above its weight, according to Australia Council director of literature Wenona Byrne. “Success,” she says, “breeds success.”

A new report on international sales of Australian-authored books, Success Story, from the Australia Council, the Copyright Agency and Macquarie University shows that in the 10 years from 2008, there were 9315 individual rights sales involving 1792 authors and 3842 titles to 92 territories in 70 languages. That equated to $10 million in advances to Australian writers. Large publishers accounted for 64 per cent of the deals.

About 54 per cent of the international deals were in the younger readers category – 21 per cent for picture books, 27 per cent middle grade and 6 per cent young adult. Adult fiction totalled 24 per cent and non-fiction 22 per cent.

“The overall trend is up,” Ms Byrne said. “There are a few dips to do with general prevailing global economic conditions. But an increasing awareness of Australian literature is driving it. In particular the children’s market is very strong here and that’s translated to being strong elsewhere.”

English-language publication accounted for 20 per cent of the deals during the period, Chinese 14 per cent, Korean 7 per cent and German 6 per cent. Of the more than 1800 deals in English, nearly 60 per cent were for adult works, while 76 per cent of the 1271 deals in Chinese were for children’s books. More than 80 per cent of the 651 deals for Korean-language rights were for titles for younger readers, while German publishers tended towards adult books, with 61 per cent of more than 500 deals being for adult titles.

More than 80 per cent of the deals specify a particular territory, and since 2010, China has consistently topped the list, with Germany, Britain and the US featuring significantly.

Advances to authors fluctuate, as do the number of deals each enjoys. Most authors had between two and 10 deals (46 per cent) or a single deal (44 per cent), but 152 authors (9 per cent) were involved in between 11 and 50 deals for their work. Twenty writers each signed more than 50 deals, which comprised more than 23 per cent of all international publishing deals. Thirty-seven of the deals resulted in advances of more than $250,000, with more than half these going to women writers, but the bulk, 4724, resulted in advances in the $1000-$5000 range. 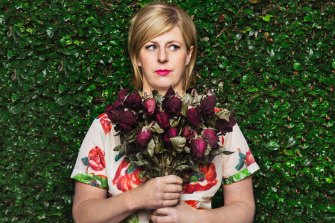 The report was not allowed to name the authors, but Ms Byrne, who was previously international rights manager at Allen & Unwin, said adult fiction was driving the larger advances.

There have always been successful authors, but people often didn’t know they were Australian. “Maybe literary writers like Richard Flanagan might have been different because his work is very much set here,” Ms Byrne said.

“For a lot of those big writers they were seen as international success but not necessarily connected to Australia. There’s been this growing awareness that Australia is producing these writers; that Liane Moriarty is not an American based in California — she’s here.”

‘Rights deals are not very doable without fairs’

Stitching up international publication has always depended heavily on face-to-face appearances at events such as the Frankfurt Book Fair, which begins on October 20. It was cancelled as an in-person event last year and pandemic restrictions mean Australian publishers will again have to rely on Zoom. 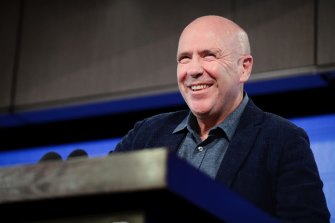 Ms Byrne says the importance of face-to-face contacts cannot be overestimated. “A lot of those contacts are built up over a long time so having a two-to-three-year hiatus will mean many literary agents, rights managers and publishers are going to have to almost start again, re-establish all those connections.

“I don’t know in terms of figures what the impact will be, but I know anecdotally that foreign markets are now shoring up their own markets and publishing their own authors because that’s easier and less risky.“

Libby O’Donnell, head of international rights at HarperCollins, who negotiated the sale of Sorrow and Bliss, says she started her Frankfurt meetings over video link about 10 days ago and expects them to run well into November.

While she is relieved to be able to have them, she says they are a time-consuming way to do business. “Rights deals are not very doable without fairs,” she said. “That makes it really challenging. In some markets the long-term effects of COVID means there is less space for overseas authors.”

While Meg Mason was heartbroken not to be in Britain for publication, she has still been able to promote the book. “There is an upside and lots of things I have been able to do: Zoom interviews, of course, and radio — before you couldn’t do those except from the studio.”

On Saturday, she spoke from the comfort of her Sydney home to an audience in a 900-person-capacity venue at the Cheltenham Literary Festival.