Teyana Taylor: How ‘Miss You Sex' Adds to Marriage With DWTS' Iman Shumpert 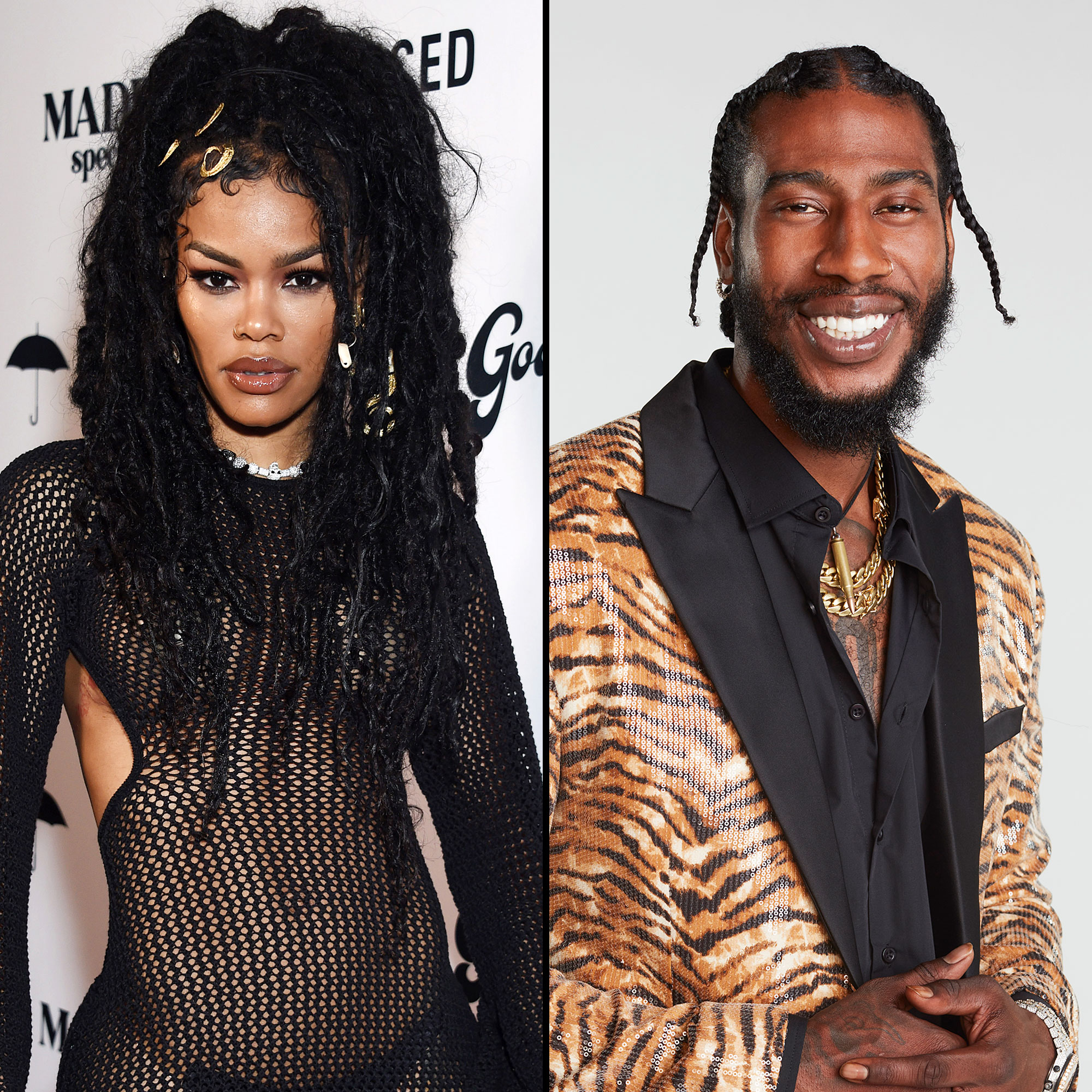 Knowing what’s important. As Iman Shumpert continues to compete for the mirrorball trophy on Dancing With the Stars, Teyana Taylor revealed how the couple have used the distance to their advantage.

Dancing With the Stars’ Hottest Hookups

“I think once you see one another, that I miss you sex is the best so I think that is the spark, like, not being up on each other all day,” Taylor, 30, exclusively told Us Weekly while at Mohegan Sun’s 25th Anniversary Celebration at TAO inside Mohegan Sun Casino & Resort in Uncasville, Connecticut.

Although Taylor wouldn’t mind spending more time with Shumpert, 31, she admitted that the time away “keeps it spicy.”

The performer and the athlete tied the knot in 2016 after two years of dating. They share daughters Iman Jr., 5, and Rue, 13 months. With the Brooklyn Nets player competing on DWTS with Daniella Karagach, Taylor also weighed in on watching their chemistry unfold on screen.

Most Controversial ‘Dancing With the Stars’ Contestants

“I’m too secure in my s–t to be worrying about that,” the Coming 2 America star detailed to Us. “We have to do movies and TV shows, and I have a love interest and stuff like that — it’s just part of the job. We get our job done and we keep it pushing. And I think that’s the part that we love about each other the most because we do our job and we literally keep it pushing.”

The New York native pointed out that Karagach, 28, and Shumpert’s connection on stage is what is helping them succeed on the ABC dancing show.

“I honestly think that their chemistry is amazing,” Taylor explained. “I think that Daniella is an amazing choreographer. I’m a dancer, so I appreciate what she do [sic] and then she kills it. I think that she takes him out of his comfort zone and I love that. … Like, you get to see him in a different [space].”

‘Dancing With the Stars’ Salaries: How Much Do Contestants and Pros Make?

Even though the model is having fun watching her husband perform, Taylor admitted that she wouldn’t say no to a DWTS appearance, depending on the timing.

“Maybe! But I mean as much as [he] rehearses and stuff, it’s super time consuming so I would really need to block out time to do that,” she told Us about the possibility of joining the show in the future. “Which I don’t even think I have the time right now because I’m getting ready for tour and different things for sure so who knows. You never know.”

Dancing With the Stars airs on ABC Mondays at 8 p.m. ET.