That rock is no joke. 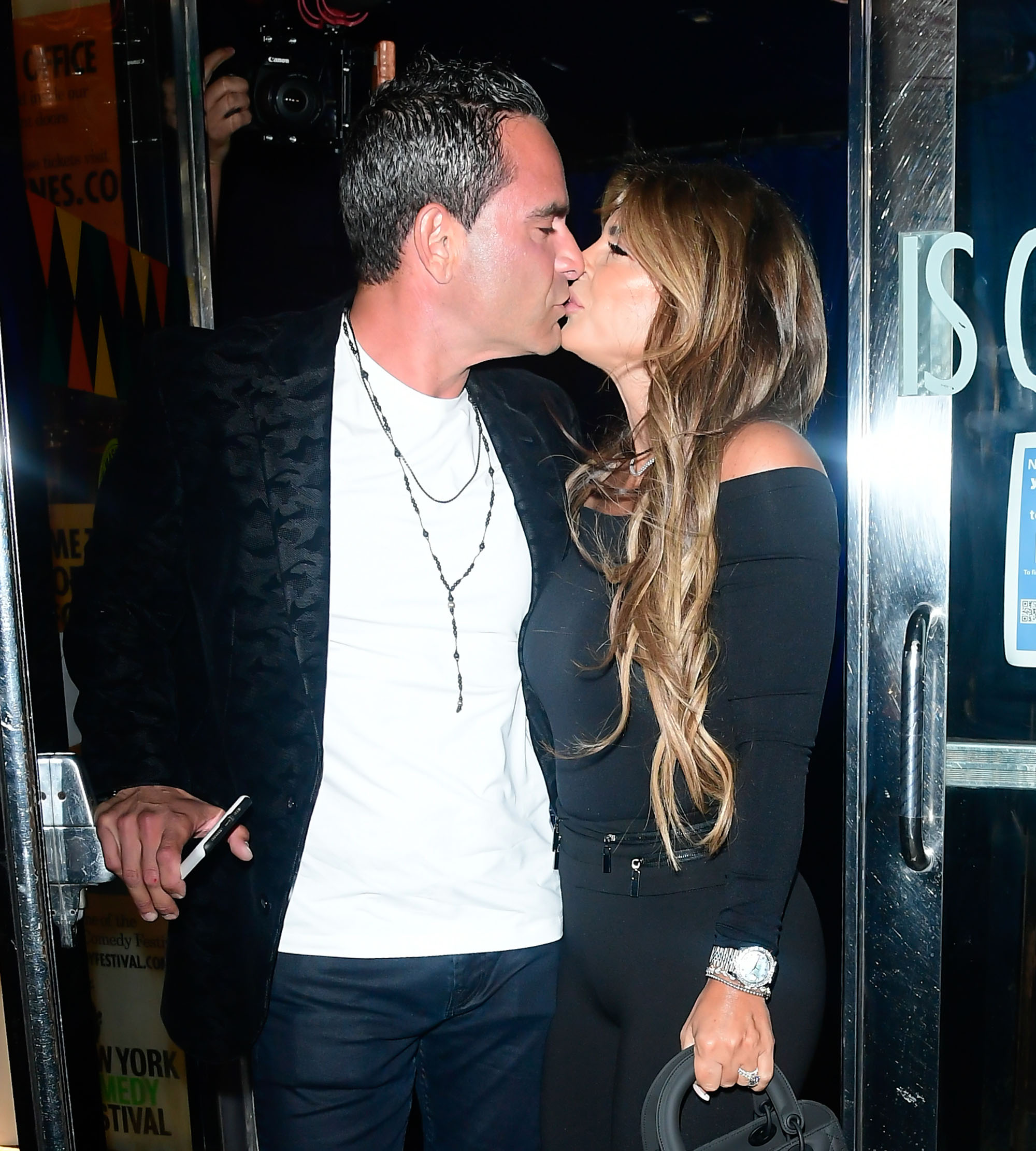 The duo donned all-black attire, while Giudice showed off her huge oval-cut diamond, which was surrounded by more diamonds lining her band.

Ruelas, 47, and Giudice, 49, gave each other an intimate hug before entering Carolines and shared a passionate kiss for cameras.

It was the first time Giudice and Ruelas have been spotted out since they got engaged in Greece last week.

The two stuck by each other’s side throughout the night, holding hands and smiling all night long. Ruelas kissed his fiancé on the cheek while she beamed with glee upon leaving the show. 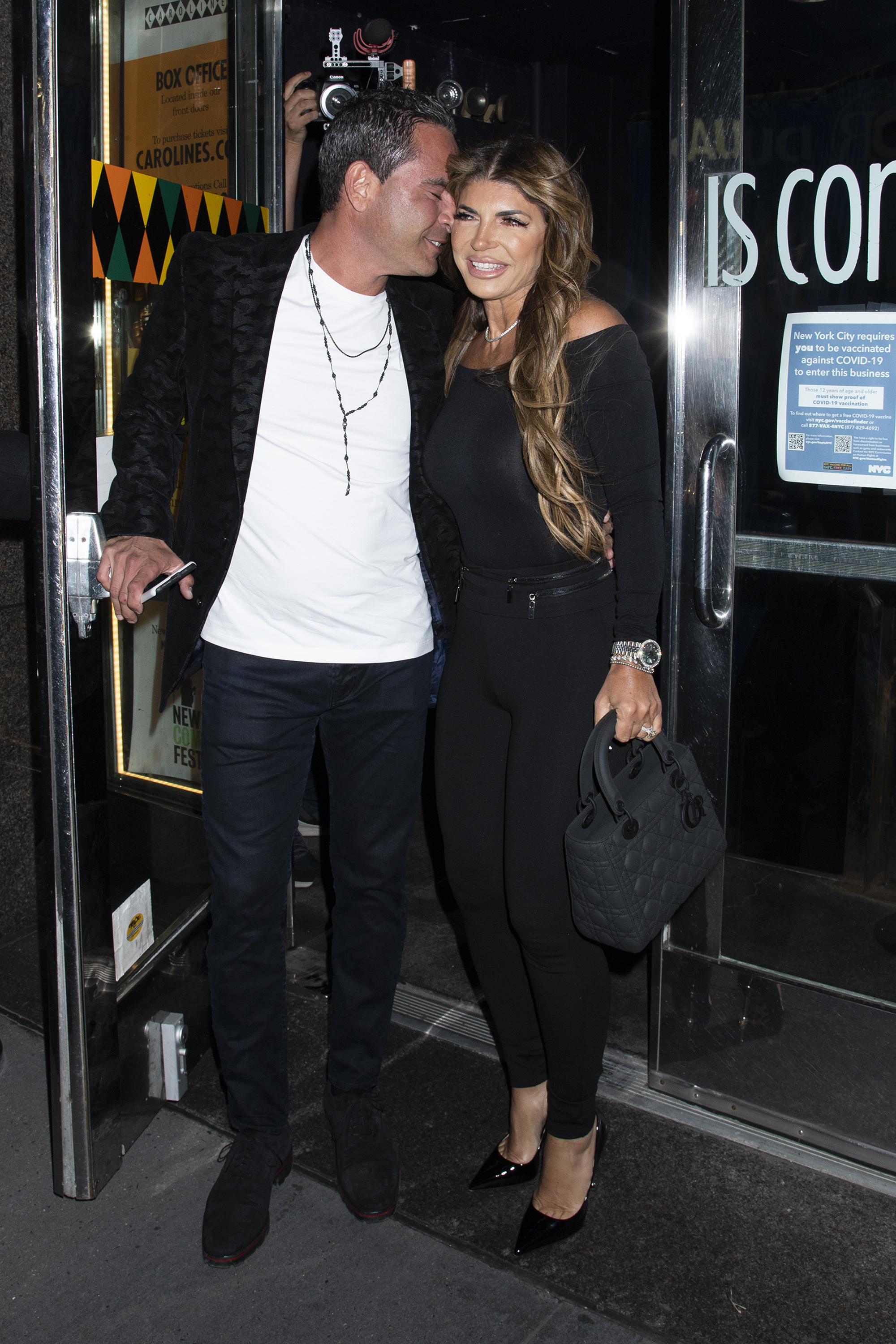 The couple joined other “Real Housewives of New Jersey” cast members at the show, which is Gorga’s first on his stand up comedy tour – The Jersey Boyz tour – with fellow comedian Mike Marino.

After performing in New York City, he is scheduled to take his act around the country. 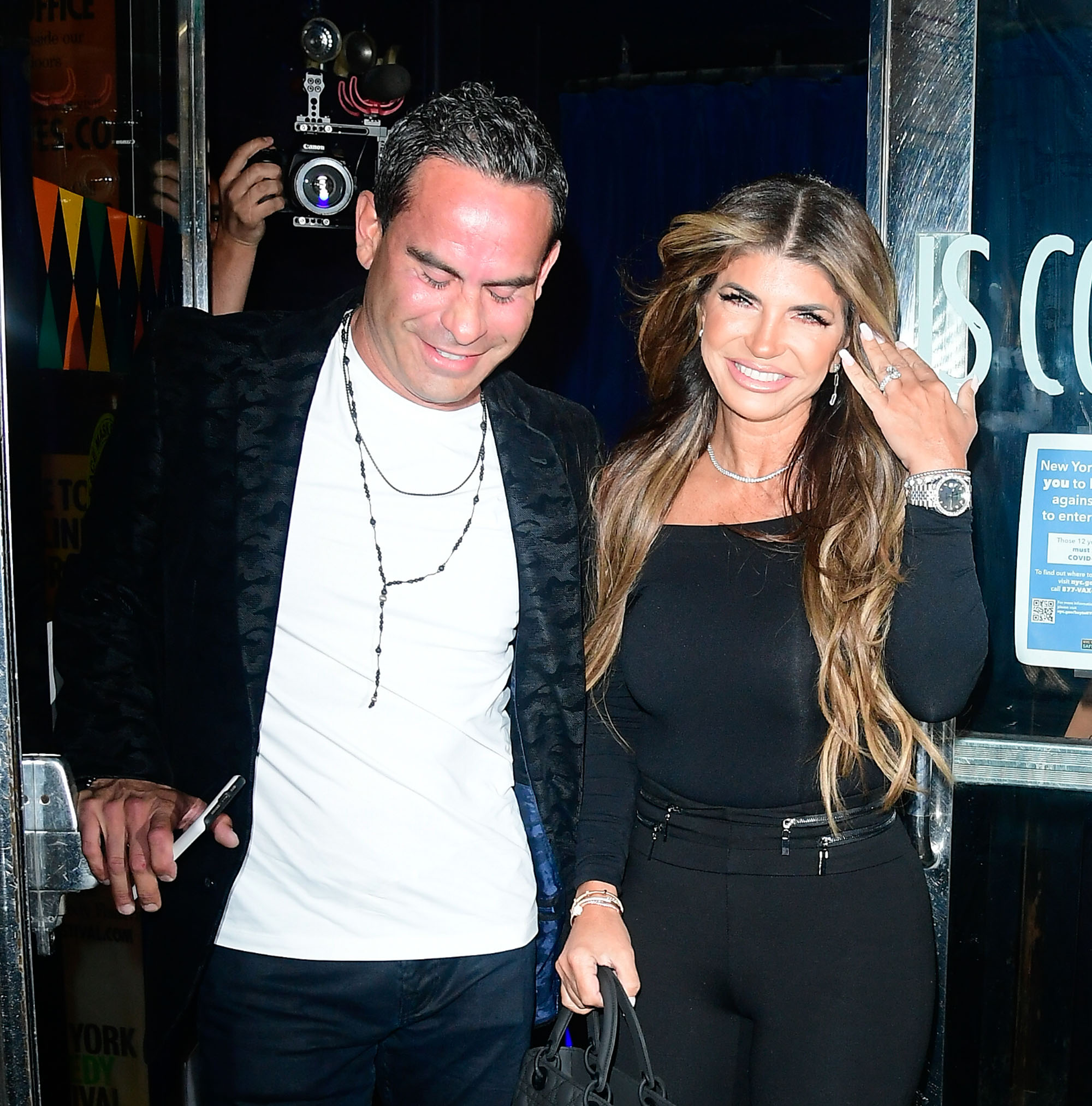 Giudice got engaged to Ruelas earlier this month after dating for just over a year. Ruelas, proposed to Giudice during a romantic couple’s vacation in Greece. Close friend and former “RHONJ” co-star Dina Manzo and her husband, Dave Cantin, tagged along on the vacation.

Ruelas got down on one knee while surrounded by rose petals and candles in the shape of a heart. The businessman popped the question in front of an illuminated “Marry Me” sign. Giudice said “yes,” and sets of sparklers popped off. 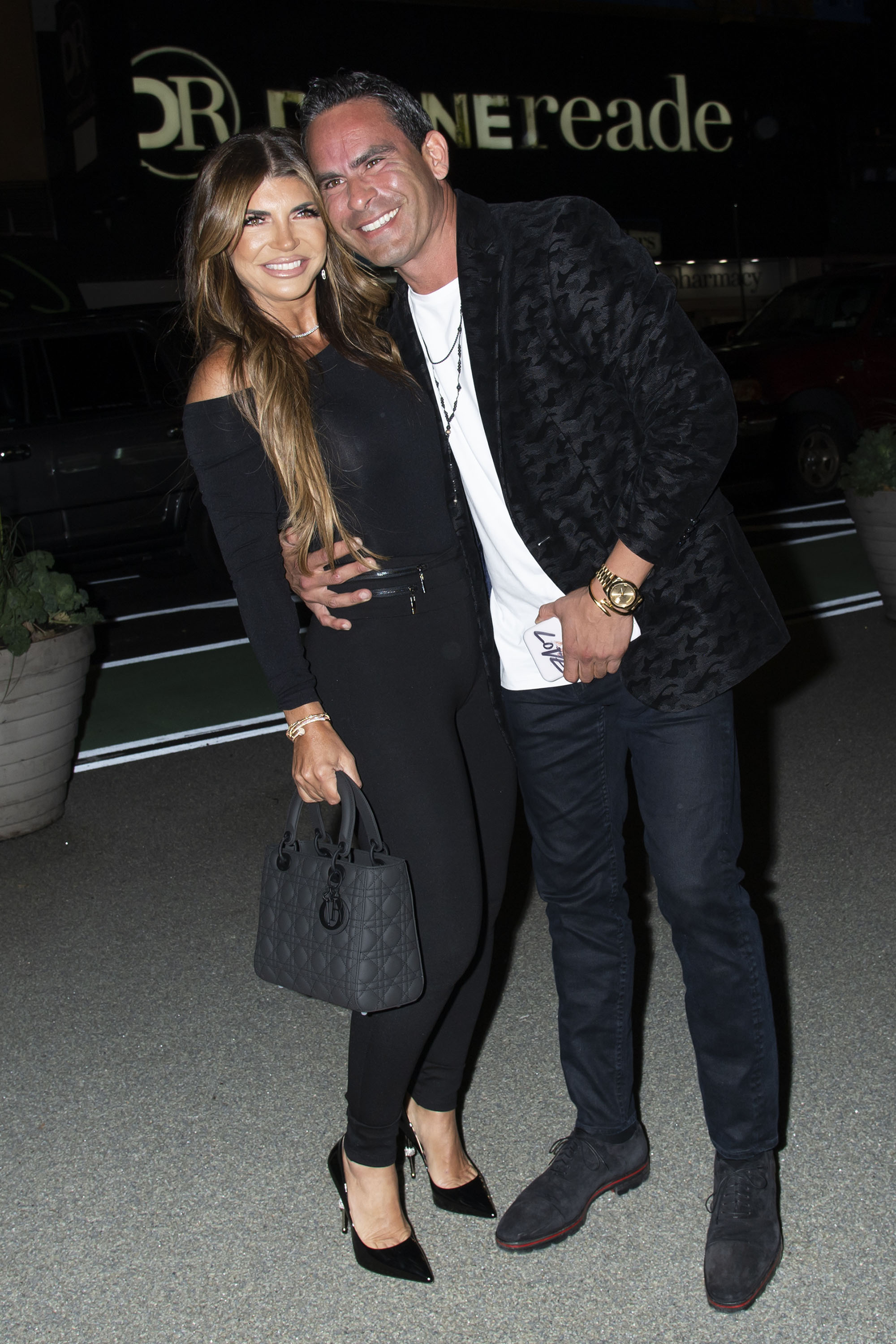 Giudice and Ruelas — who recently bought a home together — began dating in July 2020 while she was in the process of divorcing her husband of 20 years, Joe Giudice.

The newly engaged couple have six children between them. Giudice shares daughters Gia, 20, Gabriella, 17, Milania, 15, and Audriana, 12, with Joe, while Ruelas is dad to sons Louie Jr. and Nicholas.