Tantalising glimpses of a dance year that could have been

The year in dance was rather like a classic ballet fish dive. It began with an exciting lift. Then came a headfirst downward plunge. And, finally, in the last month, there was a surprise recovery. 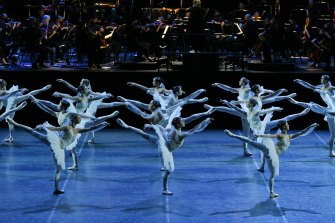 La Bayadere, Summertime at the BalletCredit:Jeff Busby / The Australian Ballet

In February, the Australian Ballet’s Summertime Gala at Margaret Court Arena provided a moment of exhilaration. It was a festive evening – despite the masks and social distancing – and it felt like a new beginning for everyone.

Artistic director David Hallberg’s first public program offered an attractive vision for the company: less cheesy panto and more dance-for-the-sake-of-dance. And it was, overall, a performance of considerable freedom and vivacity.

Another early highlight was the Sangam Festival. The new works program at Dancehouse was a tantalising glimpse of what contemporary dance might look like in Melbourne if it were more open to modern and classical South Asian influences.

Dancehouse also presented a handful of quality concert pieces. I enjoyed the bitter-sweet bedroom intimacies of 100 Haikus by Trevor Santos. And there was much to admire in Deanne Butterworth’s Slow Calm Drama, a quietly shadowed piece for three dancers. 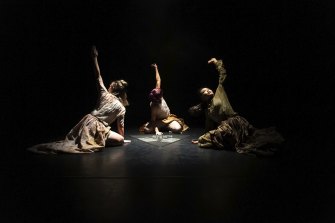 Cabaret anarchist Yumi Umamare staged two frenetic but dazzling dance happenings. The first, in March, was a hallucinatory response to the experience of hard quarantine. There was babbling and ranting and a lot of messy play. It was cathartic stuff.

Then, in May, with an ensemble of 20 eccentrics, she took over the Industrial School at Abbotsford Convent. This second piece captured the feeling of liberty after long confinement. Initial bewilderment soon gave way to hedonistic revels.

But my favourite contemporary dance piece this year was Considerable Sexual Licence by Joel Bray, an ambitious dream of show combining ancient ritual and queer fantasy at Northcote Town Hall, presented as part of the Yirramboi Festival.

It had song and dance, comic set pieces, a compelling narrative and participatory elements that were genuinely inclusive. It also featured wonderful performances by Carly Sheppard, Niharika Senapati, Daniel Newell and Bray himself. 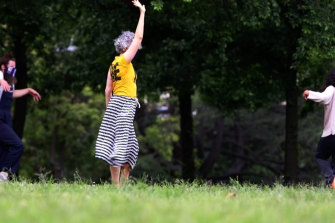 Then on the first night of the RISING Festival, during the premiere of a new work by Lucy Guerin, the fourth lockdown was announced. And so the year became noteworthy as much for what we missed as what we saw.

The debits include new work by Bangarra and Chunky Move. Melbourne also lost the bulk of Australian Ballet’s season. Anna Karenina, the much-anticipated co-commission with America’s Joffrey Ballet, has now been cancelled twice. Fingers crossed for next year.

There was plenty of digital content to fill the void, however inadequately, including glossy magazine-style documentaries on Australian Ballet and Bangarra.

Sydney Dance Company toured a new work by Rafael Bonachela – Impermanence – to venues in regional Victoria. They got as close as the Frankston Arts Centre before turning around and heading home. It was another almost-but-not-quite moment for Melbourne.

I managed to see the Frankston show, which was accompanied by a pre-recorded mix of composer Bryce Dessner’s score. It’s a dynamic and sensual production and I wish I’d seen the version with the Australian String Quartet performing live.

It was the sixth lockdown that defeated DanceX, a mouth-watering festival curated by David Hallberg featuring the work of no fewer than eight leading Australian companies. Hallberg has promised that it will be rescheduled but new dates are yet to be announced.

And then, in December, with the lifting of restrictions on live performance, there was a late flurry of top-class and gratifyingly diverse programs, including a quirky durational piece by Holly Durant and four nights of improv at Dancehouse.

Lucy Guerin Inc teamed up with the Substation in Newport to present a wonderful triple bill of new work by Michelle Heaven, Lee Serle, and co-choreographers Harrison Hall and Andrew Treloar. All three pieces warrant a second viewing.

And, finally, there was another Australian Ballet gala, an event which, like a museum of lost memories, presented fragments of what we missed, including Balanchine’s passionate Serenade and excerpts from Pam Tanowitz’s Watermark and William Forsythe’s Artifact Suite.

It was a wonderful way to farewell 2021. And yet this will be forever remembered as the year when we got the entrée and the dessert – but the main meal was withheld.