Love isn’t permanent after all. Despite inking Jennifer Flavin’s image onto his bicep, Sylvester Stallone made some changes to his tattoo.

“Mr. Stallone intended to refresh the tattoo image of his wife Jennifer however the results were unsatisfactory and, unfortunately, unfixable,” the 76-year-old Rocky star’s publicist told Us Weekly on Wednesday, August 24. “As a result, he had to cover the original image with a tattoo of his dog from Rocky, Butkus.”

His rep, who noted the family is filming a Paramount+ reality show, added: “Mr. Stallone loves his family.”

Stallone — who wed Flavin, 54, in May 1997 — previously had a portrait of his then-wife inked on his arm. Now, an illustrated image of the Rocky bulldog can be seen in its place.

Celebrity Splits of 2022: Stars Who Broke Up This Year

News of the Rambo actor’s tattoo swap comes hours before his divorce made headlines. Us confirmed on Wednesday that Flavin filed to dissolve their marriage in Palm Beach County, Florida.

“I love my family. We are amicably and privately addressing these personal issues,” a rep for Stallone told Us in a statement.

Prior to the pair’s divorce proceedings, the model— who shares three daughters with the Creed actor — sparked split speculation earlier this month.

“These girls are my priority ❤️ nothing else matters. The 4 of us forever🤍🙏🏻,” Flavin wrote via Instagram on August 10, sharing a snap with daughters Sistine, Scarlet and Sophia.

As the mother-daughter group embraced for the camera, the former Golden Globe Ambassadors praised their mom’s strength. “You are our rock, cheerleader, and most incredible mom. We are so lucky to have you❤️ love you so much,” Sophia, 25, wrote via Instagram comment at the time.

See All the Celebs Who Got Tribute Tattoos for Love 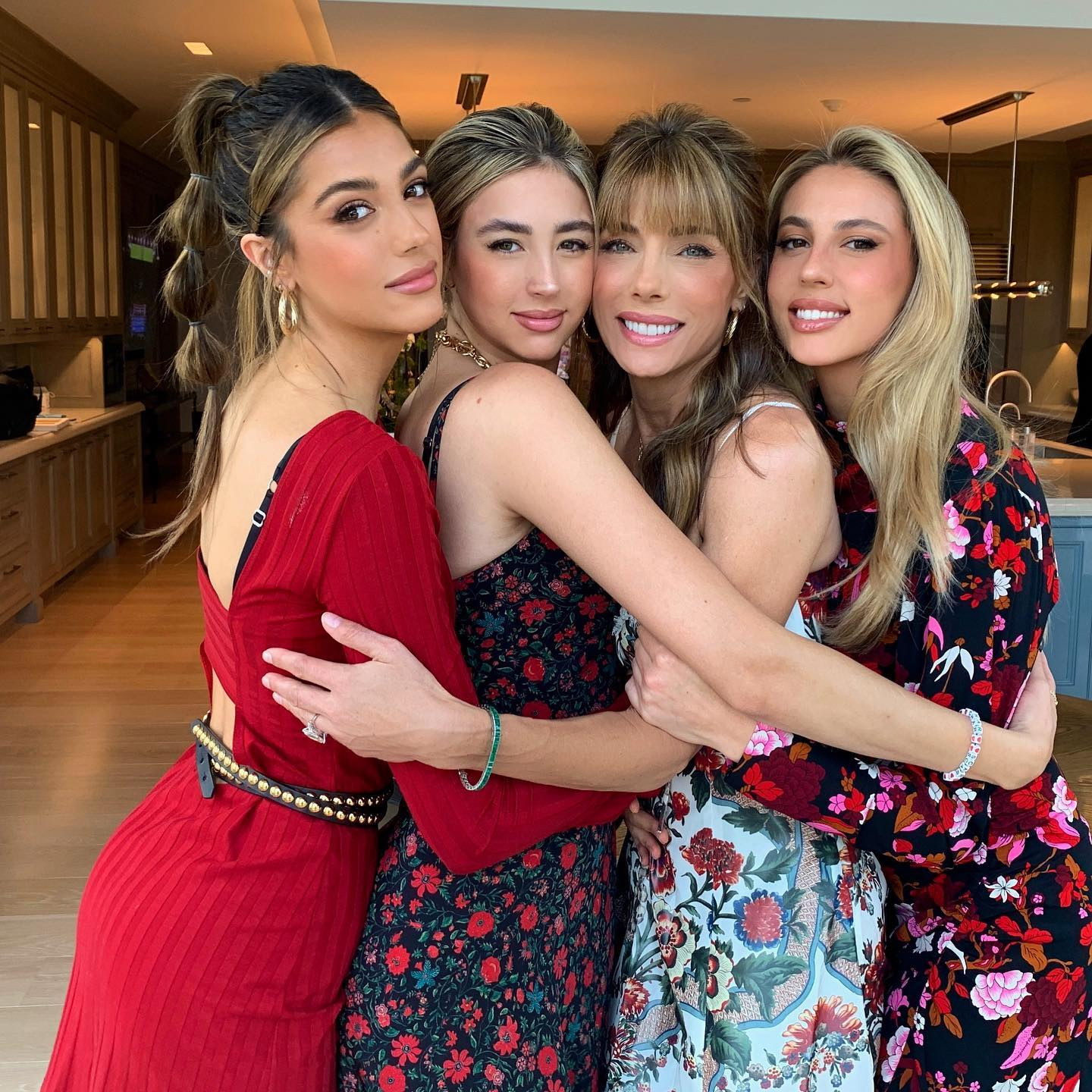 Stallone was previously married Sasha Czack — with whom he shares sons Sage and Seargeoh — from December 1974 to February 1985. The Golden Globe winner went on to marry Brigitte Nielsen in December 1985 before splitting nearly two years later. Following his second divorce, Stallone found love with Flavin and they wed in May 1997 before welcoming their three girls.

As Flavin eventually launched her Serious Skincare brand, Stallone had been an integral source of support.

“Sly is always willing and ready to try any mask, eye cream, de-puffing or lifting cream. It’s a lot of fun because he’s all game,” the beauty entrepreneur previously told Us in January 2019. “He also helps out with naming some of our products because obviously, he’s a writer, so he comes up with great little names for some of the newest products we’re launching.”