The tenants from hell: The rubbish-strewn flat with mountains of trash and a ransacked kitchen that was destroyed by nightmare renters who moved out without paying rent

It’s understood the tenants quit the property in Swansea while still owing rent to the landlord, who was horrified when he realised the state his home had been left in.

The video reveals piles of rubbish strewn throughout the flat, while the kitchen also appeared to have been completely ransacked and doors had been ripped from their hinges.

The shocking clip was shot by home removal and clearance expert Dan Baker after he was commissioned to tidy the house in Swansea, who revealed: ‘There were even some little rats there but I’ve sorted them out too.’ 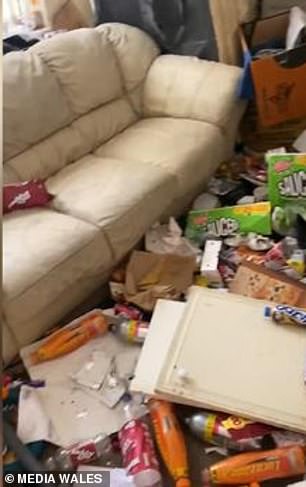 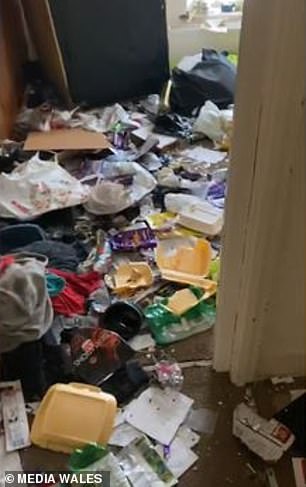 A stomach-churning video has captured the absolutely shocking mess found after tenants left their rented property in Swansea (pictured left, the lounge and right, the floor at the flat was left covered in rubbish)

As well as finding out he had been left out of pocket as a result of his tenants’ flit the landlord was shocked to discover the horrendous amount of rubbish strewn around the house.

It included rubbish and dozens of empty plastic bottles in the lounge, a kitchen that had been destroyed, and stairs covered in empty wrappers.

Doors also appear to have been ripped from their hinges in the destruction of the home by the unruly tenants. 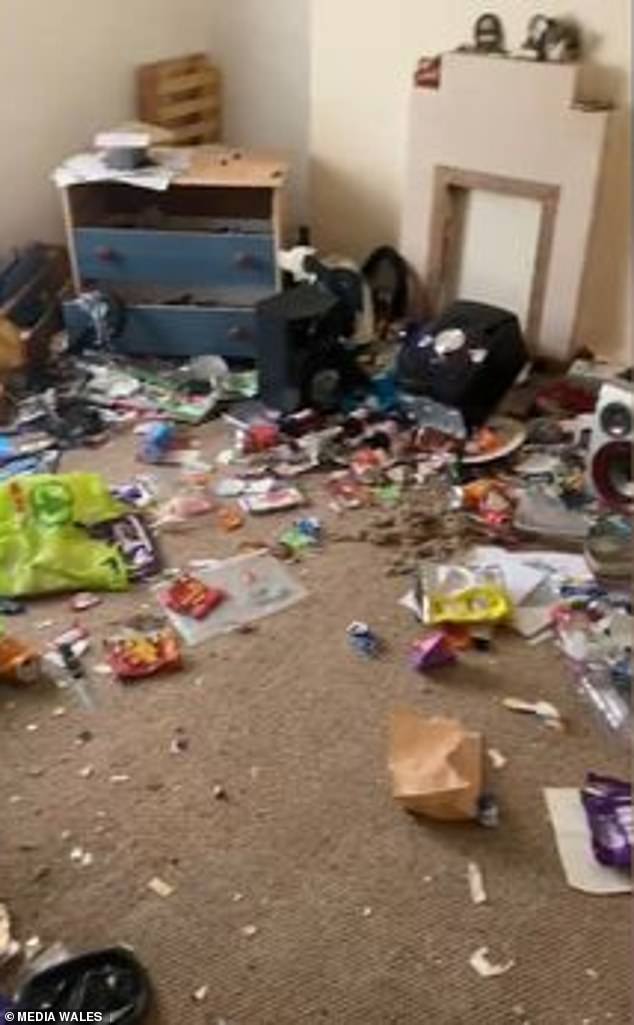 The home, which had been completely ransacked by the runaway tenants, was also home to an infestation of rats

Meanwhile an upstairs rooms was left an in equally shocking state, with so much takeaway packaging and mountains of other waste that the cleaner could barely see the floor.

The bathroom had also been left in a filthy state with the repulsive video capturing the room covered in dirt and empty toilet rolls strewn across the tiles.

Yet amazingly Dan, who runs waste management service Dan The Man With A Van and was tasked with clearing up the mess, said it was not the worst property he’d had to clean.

He said: ‘The landlord asked me to tidy up the place, after the tenants did a runner. 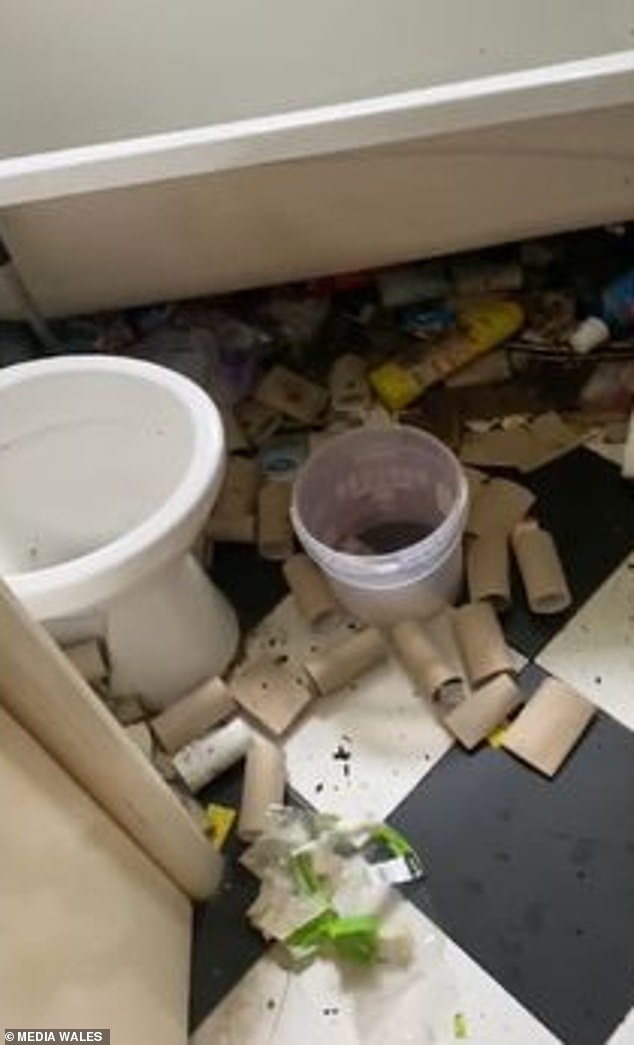 The bathroom was also covered in dirt, with the tenants leaving empty toilet rolls strewn across the tiles in the room

‘He said he wasn’t going to go in there himself.’

But after revealing he had even sighted rats in the disgusting flat, Dan admitted it wasn’t the dirtiest property he had had to deal with.

He explained: ‘I have come across worse properties to clean. Students are the worst.’

The house has now been restored to its original condition.