Stella Tennant's friends and family pay tribute to the model

Stella Tennant’s friends and family have paid tribute to the model at a Service of Thanksgiving – 18 months after she took her own life.

Taking to Instagram, Bay Garnett, a freelance stylist and one of Stella’s closest friends, posted two photographs, including an order of service, with the caption: ‘A celebration and thanksgiving indeed. So much love today’.

The service was held in the Scottish Borders, near the model’s home in Duns.

The 50-year-old died on 22 December 2020, after splitting with husband David Lasnet in August 2020 after 21 years of marriage. The couple shared children Marcel, Cecily, Jasmin and Iris.

The model’s family said in a public statement at the start of 2021 that she died by suicide and that her ‘creativity, intelligence and humour touched so many’.

They added that she had been ‘unwell for some time’ and ‘felt unable to go on.’ 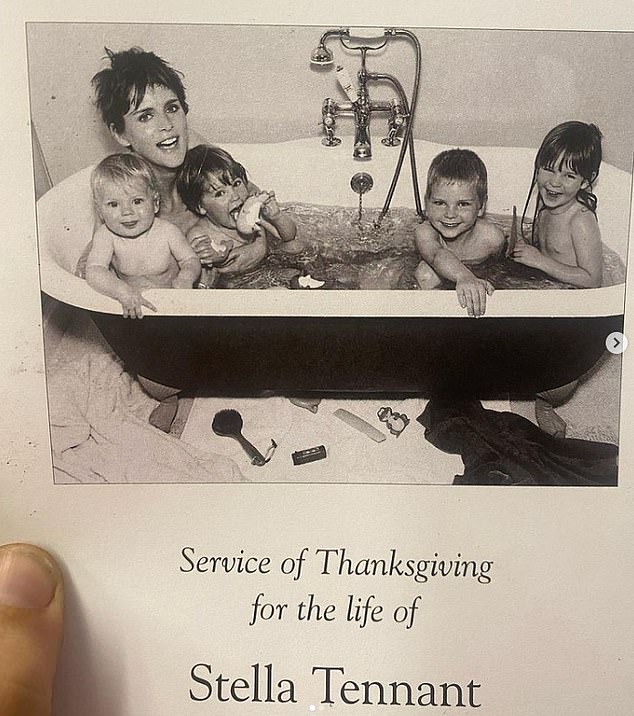 Taking to Instagram, Bay Garnett, a freelance stylist and one of Stella’s friends, posted a programme of the thanksgiving service which happened 18 months after the 50-year-old took her own life 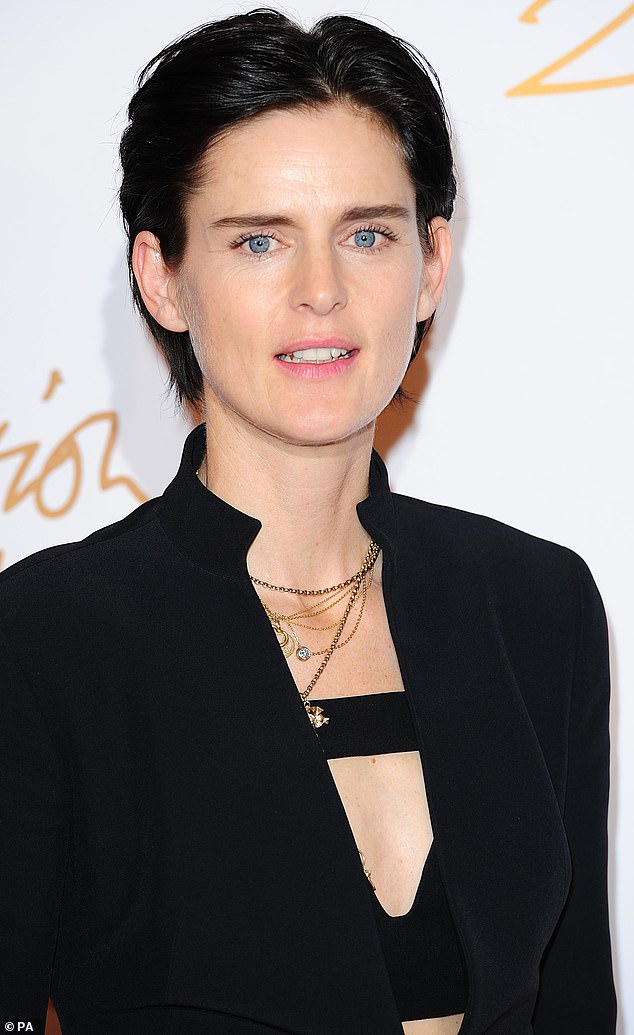 Stella died on December 22 2020. Her family had said in a public statement that she took her own life and had struggled with her mental health 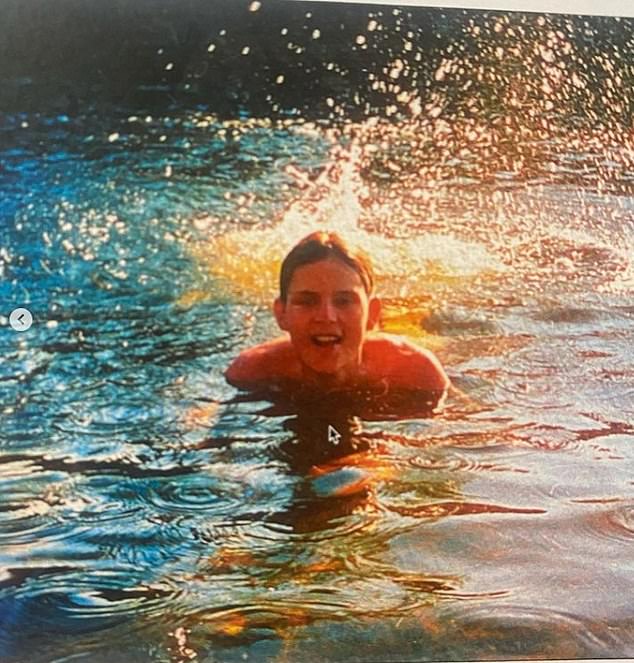 A family spokesperson told The Daily Telegraph: ‘Stella had been unwell for some time. So, it is a matter of our deepest sorrow and despair that she felt unable to go on, despite the love of those closest to her.

‘In grieving Stella’s loss, her family renews a heartfelt request that respect for their privacy should continue.’

The family source also told the paper that they felt it was ‘important to raise awareness around mental health’ which was too often misunderstood.

Speaking to Vogue, Bay paid tribute to Stella in late 2020, describing her as ‘an utterly vivid person-cultured, clever and curious.’

Bay, pictured in 2021, had paid tribute to Stella in a Vogue article, describing her as an utterly vivid person who was cultured, clever and curious

She added: ‘You’d introduce her to someone and she would want to know everything about them.

‘She was just no nonsense. At the same time, though, she was incredibly imaginative and articulate. It was an amazing combination.’

Bay met Stella on a shoot and they became very good friends. She would go to Scotland to see her at her house on the Scottish orders and they used to go camping together.

Describing her friend after her death, Bay said she ‘seized the day’ and wanted to make the most of everything. 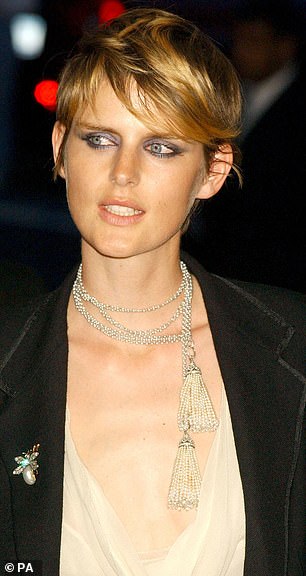 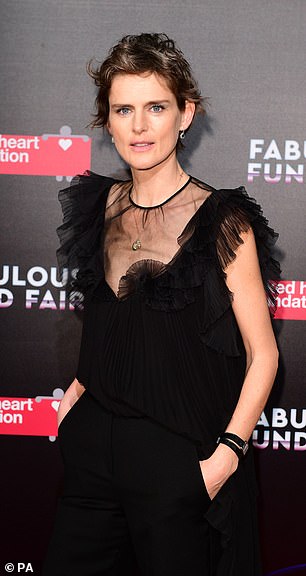 The pair once spent New Years together at her house with as part of a big group and Stella wore a emerald green ball dress for the occasion.

Stella was an aristocratic model, appearing in numerous advertising campaigns for brands including Calvin Klein, Chanel, Hermes and Burberry.

The model was born in Scotland and was the granddaughter of Andrew Cavendish, the 11th Duke of Devonshire and Deborah Mitford, one of the well-known aristocratic siblings.

Stella’s first shoot made the cover of British Vogue in December 1993, which Mrs Tennant later said came about ‘by accident’, and at the end of that day’s work she was asked to do a Versace campaign in Paris, which ended up as the cover of the Italian edition. 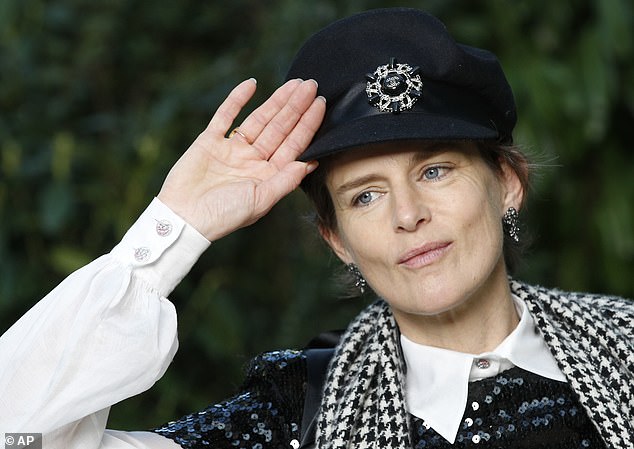 Stella was an aristocratic model, appearing in numerous advertising campaigns for brands including Calvin Klein, Chanel, Hermes and Burberry

During her heyday in the 1990s, Stella was known for her androgynous looks, soon becoming a muse for Karl Lagerfeld, which the fashion designer attributed to her resemblance to Coco Chanel.

She retired in 1998 when she was pregnant with her first child and later returned to the runway, working on several campaigns behind the camera.

Stella also maintained a strong interest in sculpture, and ran a luxury homewares brand with her sister Issy a studio at her home in Berwickshire.

She had met David while at the height of her fame- he was working as an assistant for Mario Testino and was assigned to a New York shoot with her. 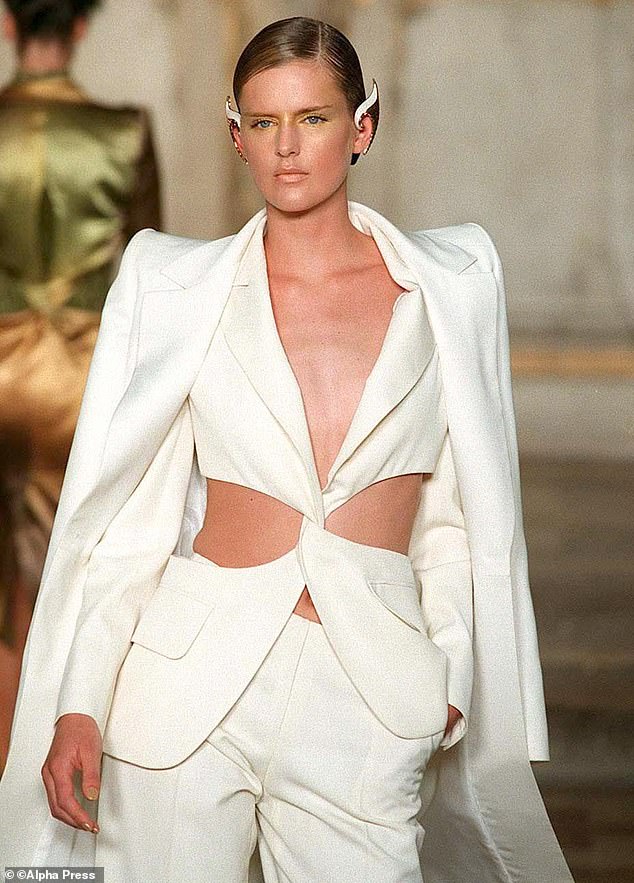 During her heyday in the 1990s, Stella was known for her androgynous looks, soon becoming a muse for Karl Lagerfeld, which the fashion designer attributed to her resemblance to Coco Chanel

After a high-profile society wedding, they lived together near her parents’ sprawling 16th century estate in the Scottish Borders and went on to have four children.

Mr Lasnet was later inspired to change his profession and became an osteopath after their son Marcel had whooping cough as a toddler.

After Stella’s death, there was an outpouring of grief from others in the fashion industry, with former Vogue editor Alexandra Shulman paying tribute to, ‘one of the loveliest people to work with and an exceptional beauty. And devoted mother. ‘

After Stella’s death, there was an outpouring of grief from others in the fashion industry, with friend Stella McCartney writing: ‘I f****** love you’

And fashion designer Stella McCartney wrote: ‘My darling Stella, I f****** love you and will miss you so, so terribly. What sad, horrific news to end this already shocking year!

‘My heart goes out to your stunning family who must be in such undeserving pain. I am speechless… Rest in peace, you inspiring woman.

‘Your soul and inner beauty exceeded the external perfection, Stella. May you ride high above us all on the most perfect horse, eternally in peace.’

Elsewhere, British Vogue Editor-In-Chief Edward Enninful wrote: ‘R.I.P kind and wonderful Stella. My thoughts and prayers are with your family.’

For confidential support call the Samaritans on 116123 or visit a local Samaritans branch, see www.samaritans.org for details.