Sonja Morgan: ‘I’m just tired of being so hot’

Is she just blowing smoke?

Sonja Morgan responded to Heather Thomson’s claim that she allowed men to “put lit cigarettes in her vagina” while speaking to Dave Quinn for his dishy “Housewives” tell-all, “Not All Diamonds and Rosé.”

After the popular Bravo Instagram fan account @facesbybravo shared a screenshot of Page Six’s story about Thomson’s anecdote, Morgan, 57, called her former “Real Housewives of New York City” co-star, 51, a “liar” in the comments section of the post.

“Liar liar pants on fire 😆,” she wrote, laughing off Thomson’s tale about her private parts and cigs set aflame.

“This book is really stirring the pot 😂,” she added in a separate comment. In another, Morgan alleged that Thomson’s husband of 18 years, Jonathan Schindler, “wanted a 3 some.”

Reps for Thomson and Morgan did not immediately respond to Page Six’s request for comment. 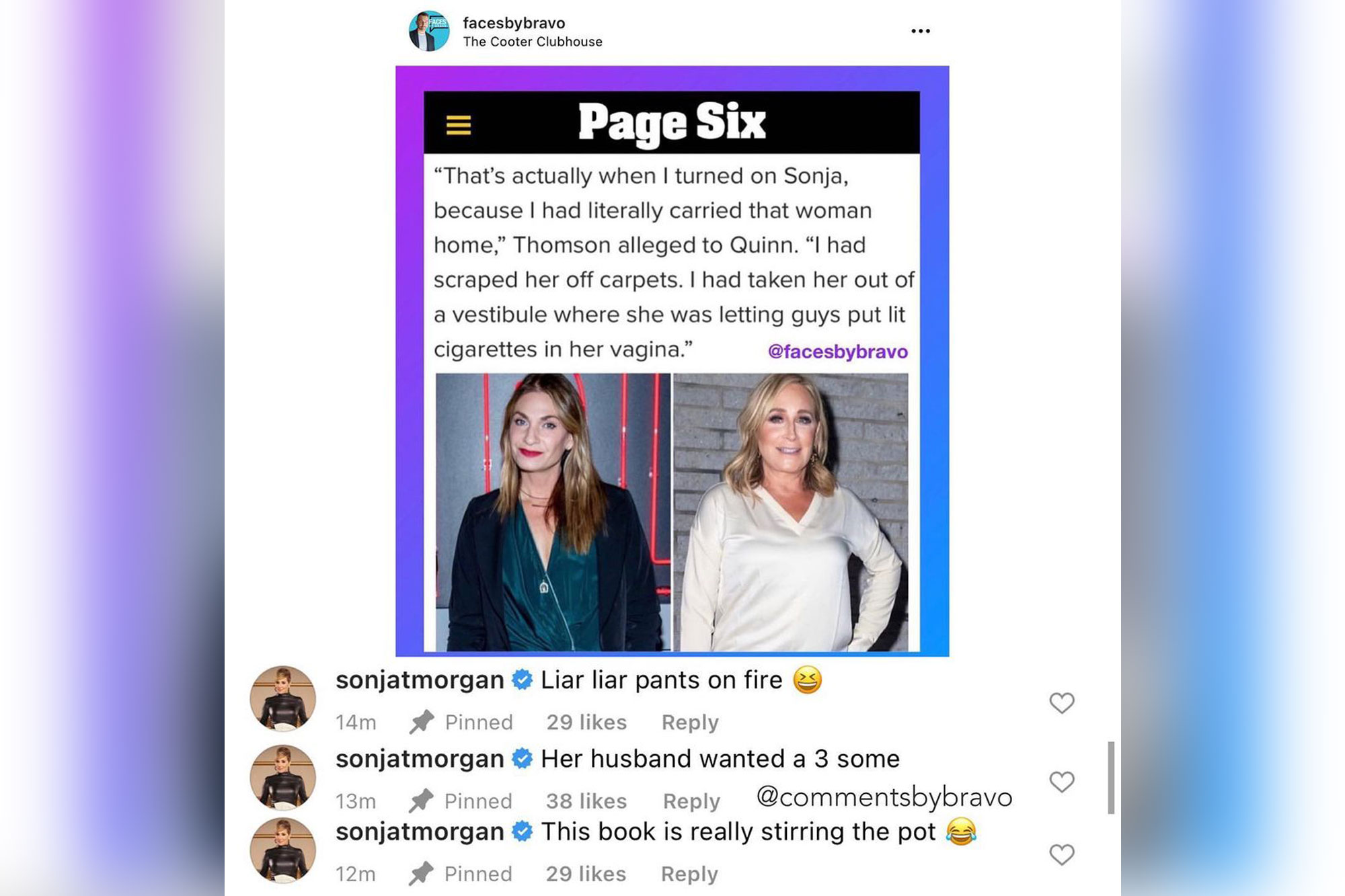 As previously reported, Thomson alleged to author Quinn that Morgan let a group of guys tuck burning cigarettes into her genitals. The alleged incident came to light while reflecting on the infamous “RHONY” Season 7 cast trip to Atlantic City.

Fans will remember that Morgan made Thomson and co-star Kristen Taekman wait in the front entrance of her famed townhouse while she gathered herself upstairs before a limo was scheduled to take the group to New Jersey.

“That’s actually when I turned on Sonja, because I had literally carried that woman home,” Thomson said. “I had scraped her off carpets. I had taken her out of a vestibule where she was letting guys put lit cigarettes in her vagina.”

The Yummie founder — who claimed she and Taekman, 44, were “f–king freezing” as rain was leaking through the walls of Morgan’s lobby — added, “I had done so much for that woman. And here we are, waiting to go to Atlantic City. We all arrived at her house, but the limo wasn’t there yet. And it was raining out. Well, she would not let us in.” 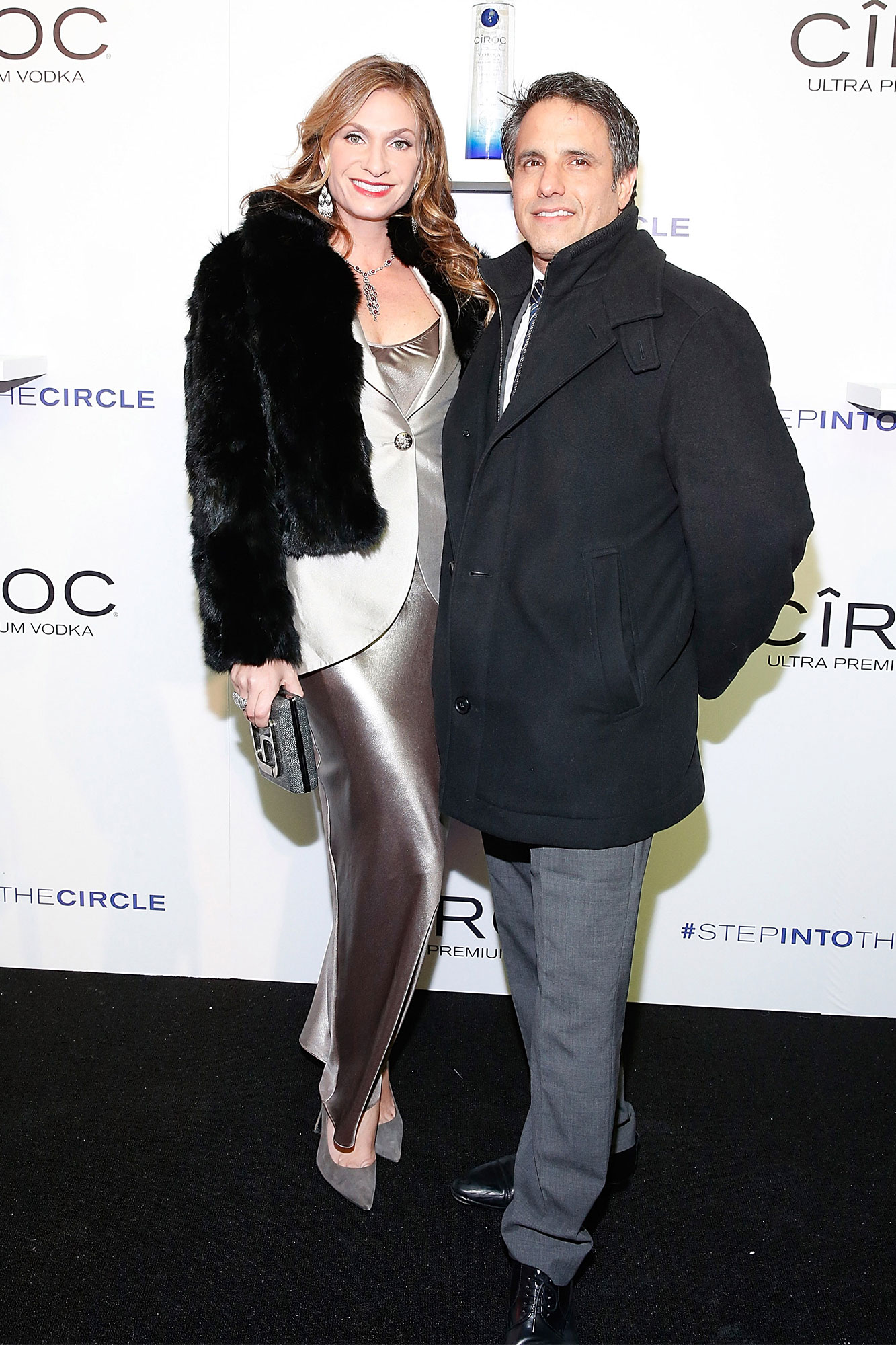 Though she did not respond to Thomson’s claim involving her vagina and the alleged insertion of smoking devices in the book, Morgan told Quinn that she did not check on the women as she was preoccupied with the recent death of a loved one and finding last-minute childcare for her then-teenage daughter Quincy.

“I was upstairs, and my sister called me to tell me someone we knew had died,” the fashion designer explained. “She was supposed to come take care of my daughter [Quincy], but because of this death, she couldn’t. I didn’t have a housekeeper and I had my daughter there who doesn’t film … anything could go wrong.”

Morgan, who has maintained her position as a full-time “Housewife” since 2010’s Season 3, appeared alongside Thomson and Taekman for several installments of the hit Bravo reality series. The latter two left “RHONY” after 2015’s Season 7.

Thomson made a “friend of” appearance on the most recent season, a decision she later regretted.

“I felt so dirty,” she told the “Behind the Velvet Rope” podcast in September after sparring with most of the current cast, including Morgan, Ramona Singer, Luann de Lesseps, Eboni K. Williams and Leah McSweeney.