GRAHAM GRANT: If Nicola Sturgeon is forced to resign, the SNP zealots will still try to shift the blame

It must be an enormous relief for the SNP to have Angus Robertson among its number at this critical time.

He has identified the source of the party’s current problems, which include the potential imminent departure of the First Minister.

The answer, you may not be shocked to learn, is Unionists. They are behind all the trouble, running down Scotland at every opportunity.

It’s a bit like the all too predictable ending of a Scooby-Doo episode where the masked villain is revealed as the owner of the local amusement park. Maybe they would have got away with it were it not for those pesky Unionists.

Mr Robertson has form for rigorous investigation, of course. He was tasked with probing claims of ‘perceived’ inappropriate behaviour by Alex Salmond towards female staff at Edinburgh Airport back in 2009. 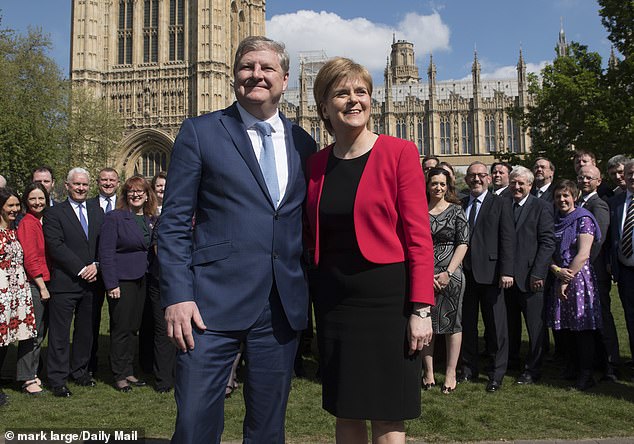 Leaving no stone unturned, Mr Robertson, former SNP leader in the Commons, said he raised it with Mr Salmond, who denied it – so a line was drawn under the affair.

Poirot has nothing on this guy… and yet isn’t he missing the point?

The real cause of the party’s woes, which are now undermining its lead in the polls, is rather closer to home.

It’s Mr Salmond himself, in fact, who used his appearance at Holyrood on Friday to lob several hand grenades at his erstwhile protégée, Nicola Sturgeon.

He also suggested the leadership of various institutions of state had failed on Miss Sturgeon’s watch.

Yet Mr Robertson’s conclusion is that Scotland’s ‘democratic and public institutions are under full-frontal attack by Unionist politicians and commentators’.

In fact, it was his own former boss making the most trenchant criticisms of government and the Crown Office.

It’s almost as if the SNP is so used to ‘othering’ – the demonisation and smearing of its critics – that even now, when the enemy is rather closer to home, it is effectively othering itself.

After all, one of the legal experts speaking out last week was Lord Hope, an ex-Supreme Court judge. He suggested the redaction of Mr Salmond’s submission to the Holyrood inquiry into the Government’s in-house harassment probe might show a ‘weakness’ in the parliamentary system.

He was surprised the parliament had buckled when the Crown threatened legal action over the possible breach of a contempt order banning identification of alleged victims at Mr Salmond’s trial (when he was cleared of all charges).

It’s true the SNP does not always see eye to eye with the legal establishment. Kenny MacAskill, as Justice Secretary, criticised Supreme Court judges for their ignorance about Scotland, claiming their knowledge of it was limited to their trips to the Edinburgh Festival.

He did pay a high price for that intervention. Lord McCluskey, writing in the Mail, launched a broadside against Mr MacAskill over this slight and a series of other issues and he was later sacked – by Miss Sturgeon. 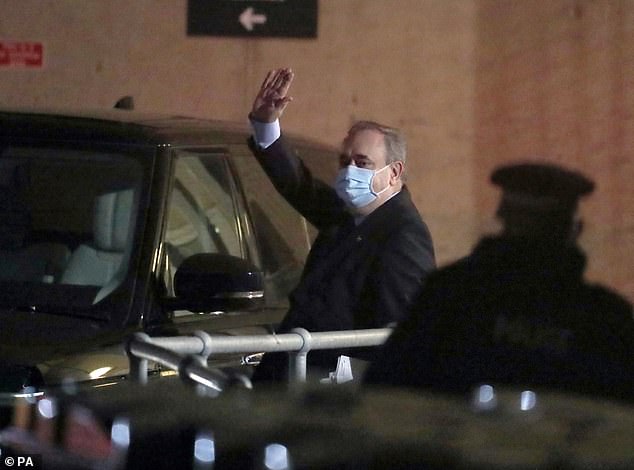 Nonetheless, it’s hard to sustain the argument that Unionists are to blame for traducing our democracy when some of those making the allegations include ‘commentators’ of the calibre of Lord Hope, perhaps the finest legal mind of his generation.

Undeterred, Mike Russell lashed out at The Spectator – edited by a Scot, Fraser Nelson – which went to court in a bid to change the wording of the contempt order in the Salmond trial.

The minister tweeted: ‘Anyone wondering about Fraser Nelson’s new-found interest in the Scottish parliament and Scottish democracy might be enlightened by this.

‘The real concern of the Right-wing Scottish exiles of the Spectator set is not concern for us but fear of losing control over us.’

He was referring to The Spectator’s front cover, which asked whether Boris Johnson was about to ‘lose Scotland’.

Mr Nelson pointed out he was Scottish, and has worked here, and has maintained an interest in Scotland. 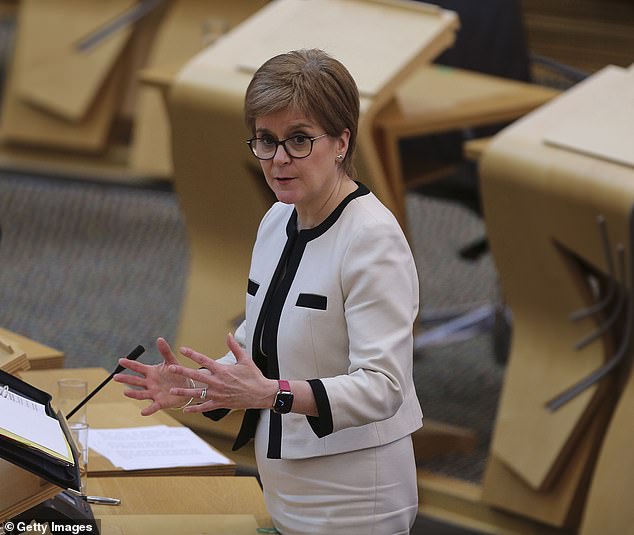 He has identified the source of the party’s current problems, which include the potential imminent departure of the First Minister

Perhaps a little shame-faced, if he’s capable of such an emotional response, Mr Russell, born in England, replied, in schoolteacherly fashion: ‘Well stop misrepresenting it [Scotland] for political purposes.’

Naturally, it would never occur to Mr Russell to misrepresent anything for political purposes, though you might arrive at a different judgment if you looked even for a moment at his political career.

He’s held his own when it comes to spouting baseless rhetoric on Scotland’s oppression under the English yoke.

So too has independence-supporting journalist Ruth Wishart, who tweeted last week: ‘It’s fascinating to watch those living under the casual corruption of the Johnson government suddenly emerging as experts on the Scottish political condition.’

It seems there’s no graver sin than having the temerity to speak out against the SNP when you’re living or working in England, regardless of your nationality. As usual, everything is seen through the prism of the constitution – nothing else matters.

Isn’t it possible those who are taking an interest might be genuinely appalled at what’s unfolding – a long and tawdry story that has highlighted some of the incestuous power networks holding sway over public life in Scotland?

In parliament, Miss Sturgeon has tried a spot of ‘othering’ herself, suggesting that Labour MSP Jackie Baillie, a member of the Salmond committee (and one of its best inquisitors), had become the ‘chief spokesperson for Alex Salmond’ (a position formerly held by Miss Sturgeon).

There are plenty of people within the SNP ranks who are deeply uneasy about the way government and Crown appear to have been less than transparent in their dealings with the Salmond inquiry.

Meanwhile, the party’s grassroots are at each other’s throats over trans rights and tactics for furthering the push towards independence, which polls suggest is coming off the rails.

Factionalism is helping to heighten the sense of internal crisis – another example of the Nationalists becoming their own worst enemy.

Tomorrow, Miss Sturgeon will be the star turn giving evidence to MSPs, another history-making moment, taking up the chair recently vacated by her former mentor. A lot rides on this.

It’s clear that after months of dead ends, the committee isn’t in the mood for being pushed around.

Whatever the outcome, we can be sure the SNP’s master propagandists and spineless apologists will spin it as the Houdini moment when Miss Sturgeon saved her skin and put to rest any doubts about her role in the Salmond saga.

But there’s also the matter of a separate standards probe deciding whether or not Miss Sturgeon breached the ministerial code. If she has, she’d be expected to resign. If she’s forced into it, you can bet that ‘Unionists’ will get the blame.

In fact, the real blame will lie with a secretive and arrogant elite that believed itself to be above the ordinary rules of political accountability.