In last night’s episode of the Channel 4 show, Vicky and Paul, from Surrey, who live with thier three children, told how they had planned to renovate their 1850s Victorian cottage for nine years – but the arduous task had proved too overwhelming.

‘It’s a bit disjointed isn’t it. The kitchen is separate from the dining room,’ explained Vicky. ‘It doesn’t really work for us, but we don’t really know how to make it work for us.’

While Paul added: ‘It was obvious it needed doing and it’d be a really big project and that made it difficult to start.’

And despite spending £100k on their dream house, some viewers impressed with the renovations.

‘Not really an Art Deco fan BUT this George Clarke transformation is lush,’ wrote one, while another enthused: ‘Oh George Clarke – that house looks amazing!’ 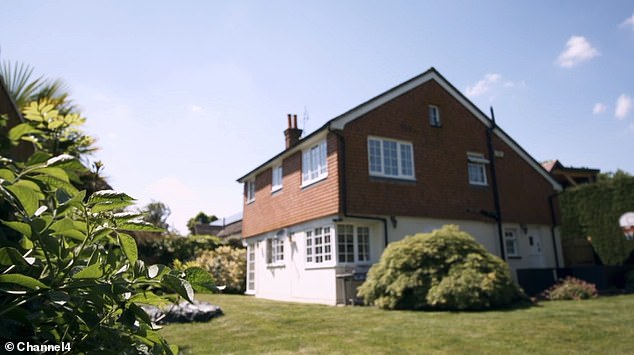 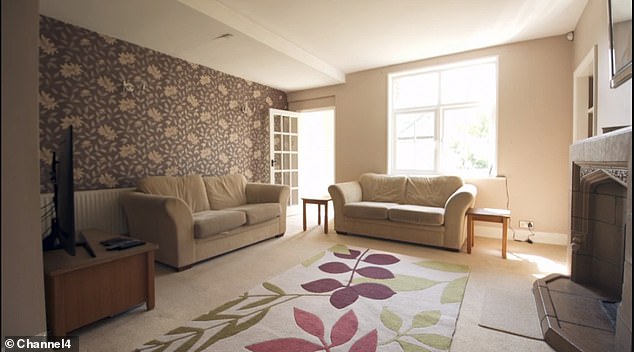 Before: The couple, who live with their three children, hated the lounge, which was divided into two separate living rooms 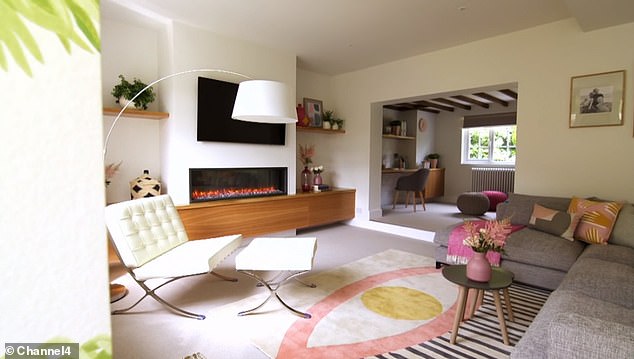 After: The mock medieval fireplace was swapped for a modern replacement and is now a subtle feature in the makeover

The house underwent a 70s makeover, leaving it looking anything but Victorian on the outside, while inside, various adaptations didn’t work for the family-of-five.

Describing the obscure layout, Paul explained: ‘It has everything from a 70s MDF staircase to a 1850s wall that’s now inside.’

Vicky added: ‘And a very aggressive staircase, so don’t bend down. It takes out small children’s heads and adult’s back!’

And as he was taken on a tour around the house, presenter George Clarke was left shocked by the bizarre layout – including a corridor which ‘leads to nowhere’ and a back to front staircase. 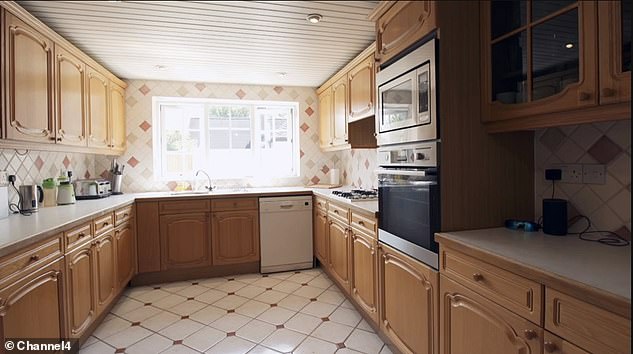 Before: The kitchen decor was outdated and in desperate need of a modern transformation

‘The staircase is in the wrong way really,’ he explained. ‘And when you say living room, it feels like living rooms.’

‘You’ve go a split level to step down and straight away you’ve got two separate zones. It’s a little bit random where things are.’

He added: ‘The kitchen is a really good size but there’s two separate rooms – kitchen and diner. They’re completely disconnected.’

But the architect went on to explain that it was the hall that needed the biggest re-think.

‘We’ve got to turn the staircase round,’ he said. ‘It’s mad. The current staircase doubles back on itself, not only creating a hazardous overhang but completely blocks the window too.’ 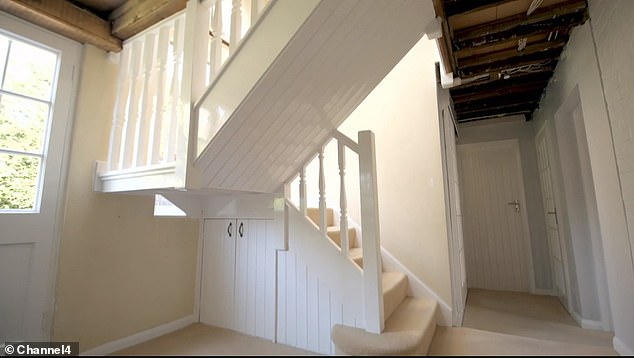 Before: Describing the 70s MDF staircase, George Clarke added: ‘We’ve got to turn the staircase round. The current staircase doubles back on itself, not only creating a hazardous overhang but completely blocks the window too’ 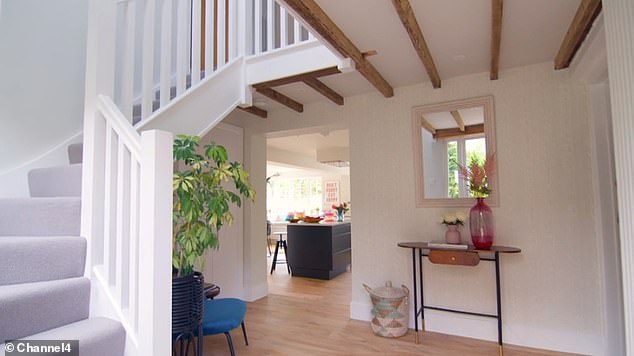 After: The staircase now opens up hallway, flooding the space with natural light and offering a more welcoming entrance

George and his team set to work and swapped the weird corridor for doors leading to the courtyard, before knocking down a wall from the kitchen to dining room to make it open plan.

They turned the living room into a study and a snug lounge and the mock medieval fireplace was replaced with something more modern.

Meanwhile, the hazardous staircase, which previously blocked the windows, opened up the hallway, flooding the space with natural light.

‘From something which used to dominate, you almost don’t see it,’ explained Paul. ‘When it first went in, I was almost disappointed. You were so excited about a new staircase, than it’s like “oh.”

‘But that’s the whole point; it doesn’t get in the way anymore.’

However, some who turned in were more critical of the presenter and his team’s efforts.

‘George Clarke and his amazing open plan kitchen with views front to back with connection to the garden’s on again I see,’ wrote one, followed by a sleepy emoji.

Another commented: Why does George Clarke always want to demolish people’s walls for open plan?

Other viewers took to Twitter to express their disappointment over the transformation, with one writing: ‘Why does George Clarke always want to demolish people’s walls for open plan?’