This is a battle Vladimir Putin cannot win, one that will eventually —inevitably — put the skids under his regime.

Every Russian has a mobile phone: the Russians I know are more reliant on apps, more addicted to texting, than even we are in the West.

Ukrainians are calling their friends and relatives in Russia. So too are Russians living in Europe, North America and Israel.

They are sending pictures of captured Russian soldiers in tears, photos of children killed by Russian bombs, and of the destruction of Ukraine’s cities.

It means Putin will be unable to suppress the truth about the war with Ukraine, despite his attempts to impose a totalitarian state.

Some three million Russians have emigrated since Putin took over, and more are flooding out now.

About 150,000 ordinary, decent Russians — including teachers, doctors and scientists — have chosen Britain.

The truth is heading to Russia via their phones.

In recent days, Putin has clamped down on media, fast-tracking a law that could see anybody telling the truth about the war imprisoned for up to 15 years.

His frustration and anger — and he does get very angry — have reached boiling point.

He plans to shut down parts of the internet if he can and to clamp down ruthlessly on social media. But Russia is not North Korea and would grind to a halt without mobiles. 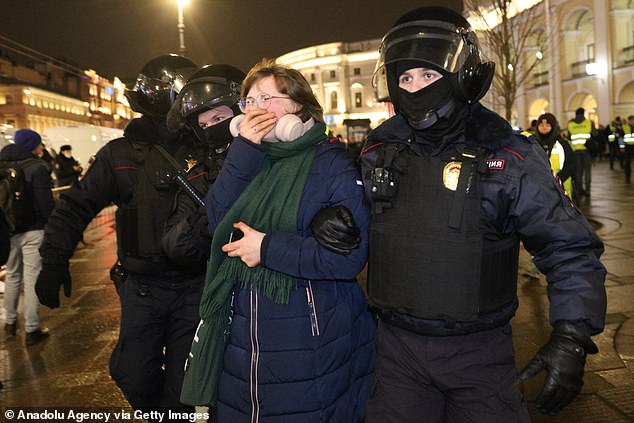 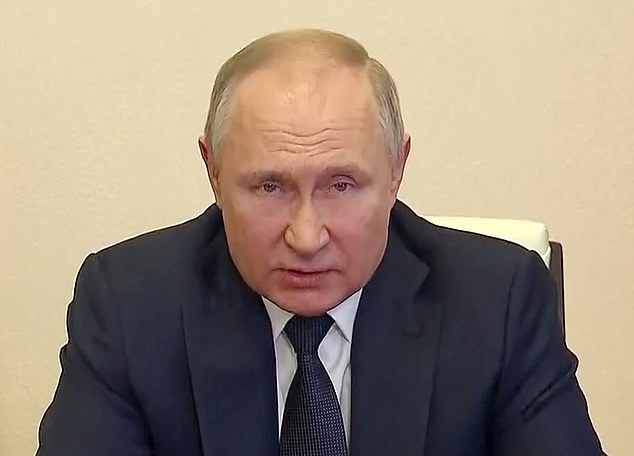 Also — and this may come as a surprise in Britain — Russians have got used to freedom of speech. More than 100 million in the country have no adult memories of life before the collapse of the Soviet Union in 1991.

Freedom of expression is alien to Putin, who was trained to oppose dissent in his days as a KGB agent. After huge demonstrations against him in 2011, he initiated a more rigorous clampdown.

Over the past ten years, the notorious Foreign Agent Law has been used to repress the media, non-governmental organisations, think-tanks and individual dissenters.

On numerous visits back to Moscow since I served there as Britain’s ambassador, Russian friends in senior positions made a point of taking me out into the open air when they wanted to talk frankly.

But the clampdown could not stop people using their phones. Lorry drivers used mobiles to organise a blockade of Russian cities. Opposition leader Alexei Navalny (who is currently in prison) hurt Putin badly with a YouTube video about his luxurious palace, which attracted more than 100 million views.

More than 1.2 million Russians have signed an online petition against the war. Protests by huge numbers of professionals are circulating on the internet.

Many older Russians are still the captives of the Kremlin’s propaganda. They think their army is there to root out Nazis and fight Nato forces in Ukraine.

But the truth will spread across the mobile grapevine. Russians will see the brutality of this war. They were told to expect a quick victory. They will know that Putin has lied.

Living standards for ordinary Russians have deteriorated sharply because of the Kremlin’s corrupt mismanagement of the economy: life will now get much worse as a result of sanctions. 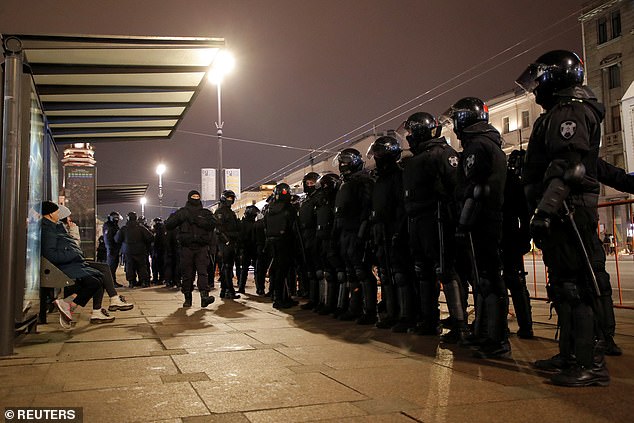 People sit at a bus stop as law enforcement officers line up during an anti-war protest against Russia’s invasion of Ukraine, in Saint Petersburg 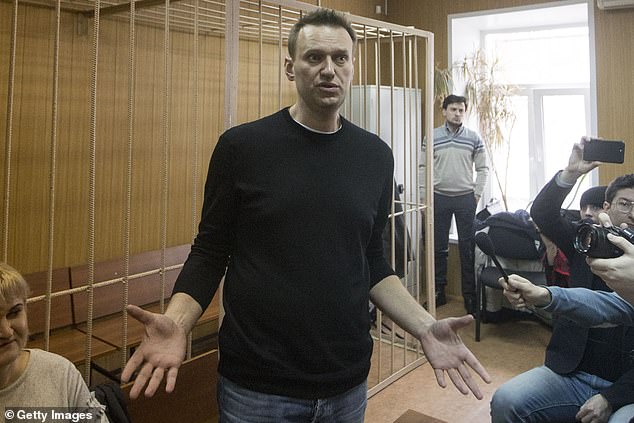 Many of Putin’s senior advisers know he has made a fatal misjudgment. They can see how badly the much-vaunted and expensive Russian army and air force have performed.

The only way out for Russia is a change at the top, because Putin cannot back down.

His negotiators will have had instructions, essentially, to threaten the Ukrainians with obliteration if they do not surrender. But for the Ukrainians, as for us, sovereignty is not negotiable.

Very few people in the Kremlin actually understand the way that Ukraine has changed and developed over the past ten or 15 years.

There are two ways in which Putin can be forced out of power. One would be a mass uprising. I don’t think that’s going to happen soon because he will use maximum repression to stop it.

The other would be an inside job by people close to him, who come to the conclusion that this dreadful mistake is costing Russia dearly.

It may take months for them to summon the courage. But once the truth about the war is widely known, and the economy is in tatters because of sanctions and inflation, people in high positions will dare to look for a different leader.

Their choice will probably be a strongman, almost certainly not a democratic liberal – someone who can get Russia out of Ukraine.

This is the beginning of the end for the Putin regime. Either through uprising or an inside job, this unbalanced president won’t survive this crisis for which he is entirely responsible.

n Sir Roderic Lyne was British ambassador to Russia from 2000 to 2004.