A single mom who suffered a heart attack at age 27 and spent two years waiting for a transplant got one just in time for the holidays — and now she gets to spend Christmas with her nine-year-old child.

Victoria Guajardo, now 29, was just 27 when she had a heart attack that left her heart unable to pump, according to KTRK.

She spent two years in a hospital over 300 miles away from home, meaning she didn’t get to spend much time with her son, Alfredo De la Cruz.

But in October, she finally got off the transplant list and is now recovering with a new heart — and her little boy. 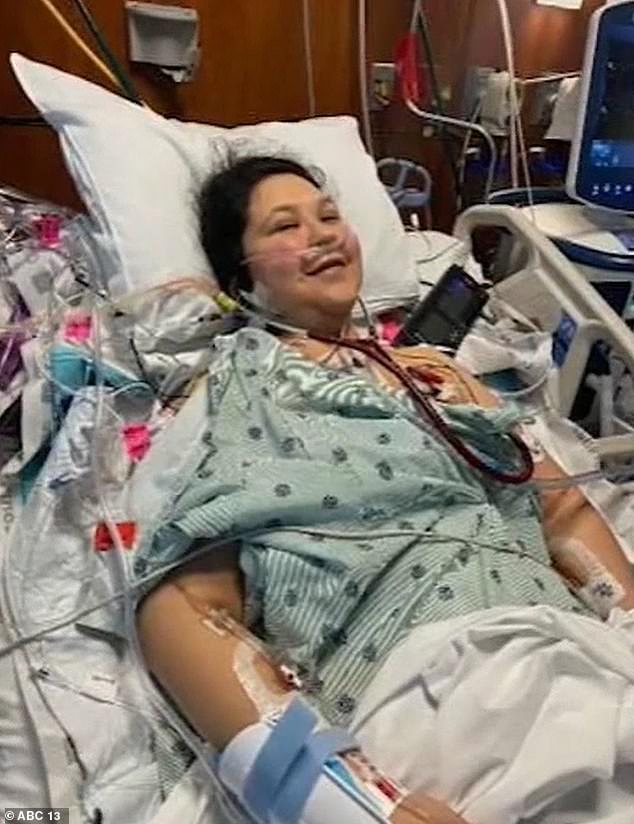 Victoria Guajardo, now 29, was just 27 years old when she had a heart attack that left her heart unable to pump 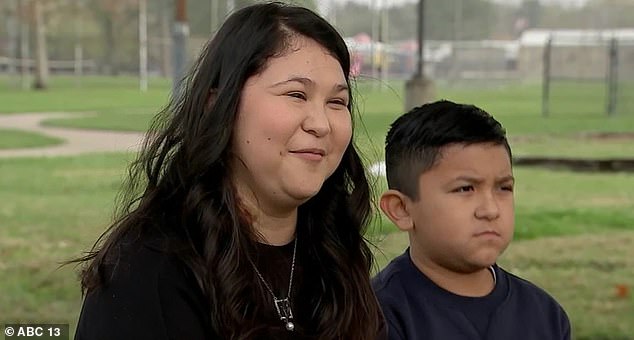 She spent two years in a hospital over 300 miles away from home, meaning she didn’t get to spend much time with her son, Alfredo De la Cruz 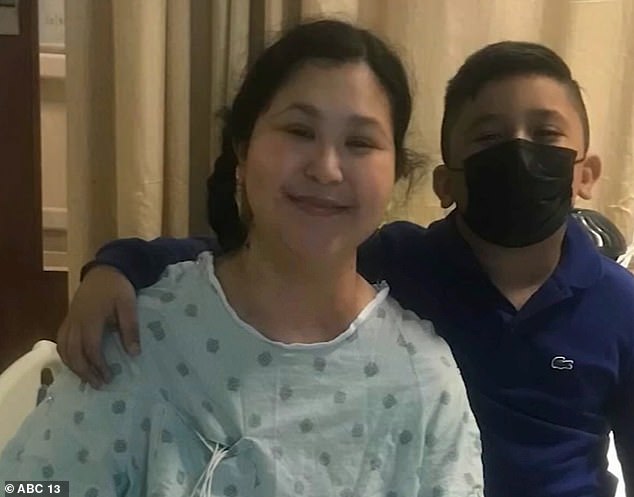 After two years in the hospital, she finally got a new heart in October and can spend Christmas with her son

Victoria suffered an unlikely heart attack at a young age, and her heart no longer functioned on its own.

She went to a local hospital where she lives in Harlingen, Texas, where doctors rushed to shave her and  performed open-heart surgery.

Her heart stopped twice during the operation, which was unsuccessful.

She was then transferred to Memorial Hermann in the Texas Medical Center in Houston, which is about 330 miles — or a five hour plus drive — from home.

The distance was especially trying because her son was still in Harlingen.

‘I was sad when she was transferred to Houston,’ he told KTRK. ‘I couldn’t be with her.’

But doctors could. At her new hospital, cardiothoracic surgeon Dr. Ismael Salas and his team performed another surgery, installing a pump to do the work of her heart as she awaited a transplant.

But as she waited for her name to move up the list, she was stuck in the hospital for nearly two years.

‘She is a really good person and a fighter,’ Dr. Salas said. ‘I’m very proud of all our team. This is a case where many people will give up or don’t move forward.’

Finally, in October of this year, Guajardo was at the top of the list and found a match, undergoing another surgery to get her new heart.

‘I’m very grateful for [the donor],’ Guajardo said. ‘For them, for their family. It’s bittersweet. It’s a blessing to have a new heart this Christmas.’

She is reportedly doing well since the transplant and has a good prognosis — and fortunately, she gets to be home with her family for Christmas this year.