Singer looses HALF her body weight in 10 months

A singer has revealed she’s shed over half of her body weight in just 10 months – and her dramatic transformation has helped to kick-start her career.

Gianna Sciortino, 22, from Brooklyn, New York, who weighed 238lbs at her heaviest, lost 112lbs in under one year after having gastric sleeve surgery.

Since shedding the extra pounds the American performer has become a successful influencer, and boasts over 170K followers and 3,000 subscribers on her YouTube channel, on which she has documented her weight loss journey and singing talent.

The budding star feared her weight was inhibiting her from having a successful career in the entertainment business, which prompted her to undergo a dramatic weight loss transformation. 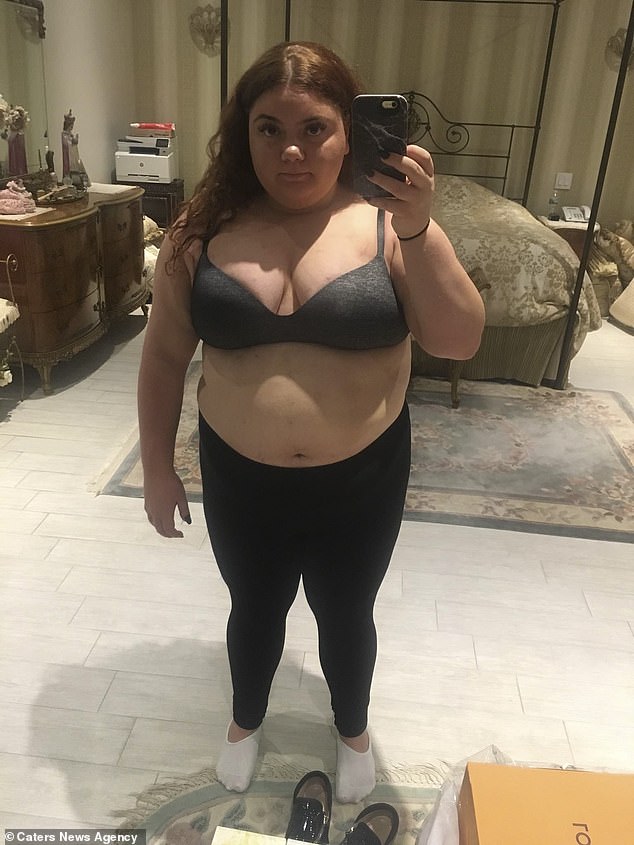 Gianna Sciortino, 22 from New York, went from weighing 238lbs to 126lbs in 10 months and is now an internet sensation 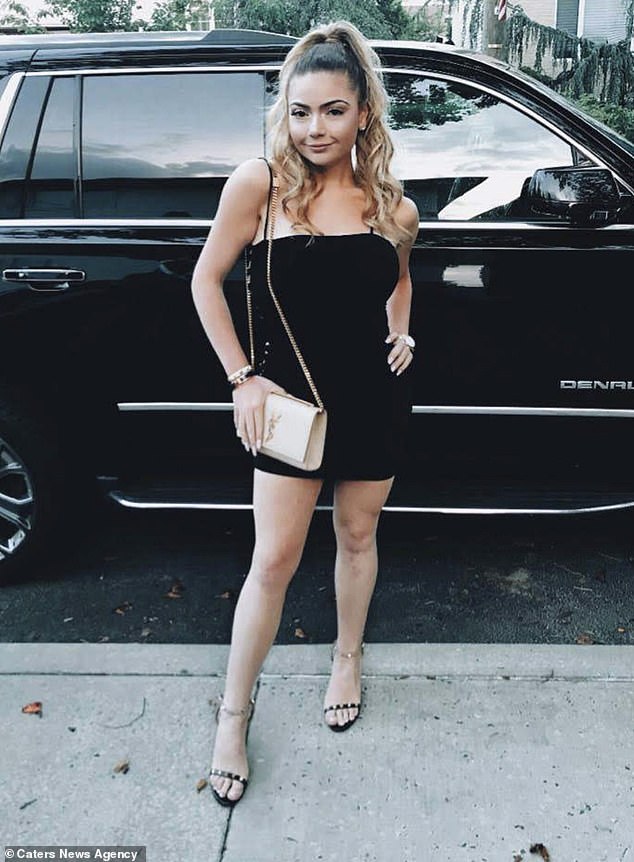 The New York singer lost over half of her body weight after having gastric sleeve surgery, which involved cutting out part of her stomach to prevent her hunger pangs

The aspiring actress had attempted to lose weight for the past four years, but her polycystic ovary syndrome made it difficult for her to change her shape – despite her healthy eating plan.

After several failed attempts, Gianna decided to undergo gastric sleeve surgery in a bid to finally combat her hunger pains.

Gianna now looks like a completely different person, and even those closest to her struggle to recognize her.

‘I’ve been overweight ever since the day I was born,’ she explained. ‘Throughout my life, I’ve always eaten healthy and exercised as much as possible but after multiple trips to the doctor, I found out my hormone levels were imbalanced.’ 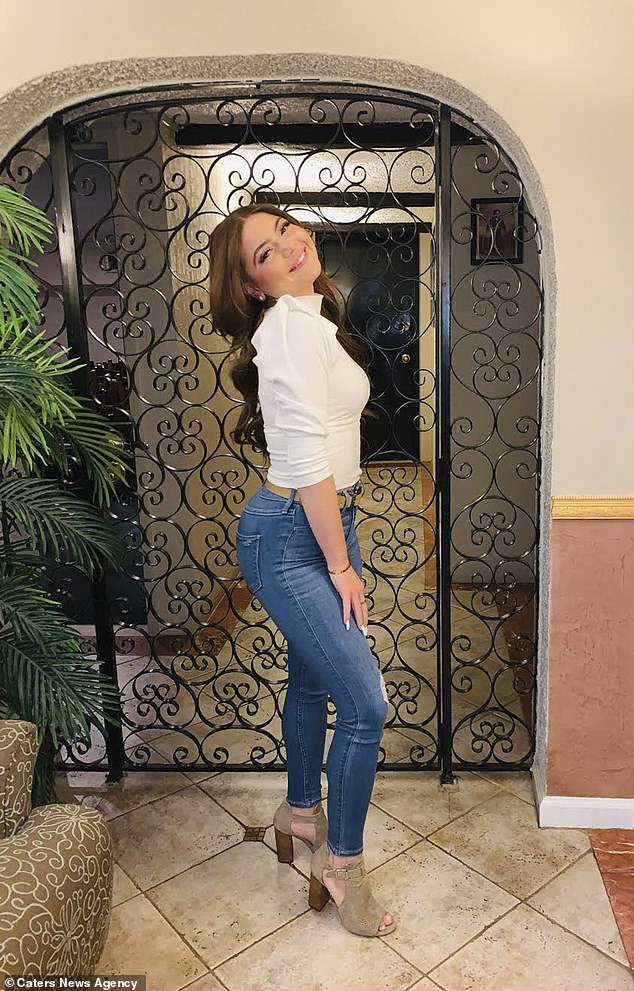 Since losing the weight the American performer has boasted an impressive career and has over 170,000 followers on social media, which sees her showcase her singing talents and weight loss journey 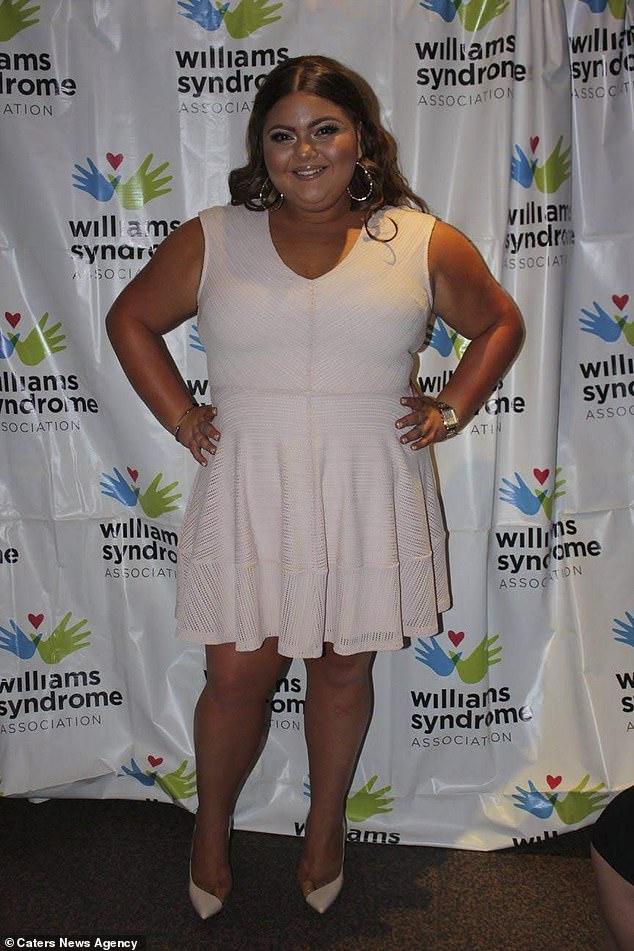 Gianna has insisted she was overweight ever since she was born, but her battle with PCOS and hormone imbalance made it harder for her to shed the pounds

She continued: ‘By the time I was 18, I had been diagnosed with Polycystic ovary syndrome because of the amount of weight I gained and struggled to lose.

‘I auditioned for so many different roles but I always felt like I was being judged for my weight and not my performance. It felt like they were saying, nice job for a big girl.

‘I always wanted to lose weight and I never stopped trying different diets.’

Gianna’s pivotal moment came in the autumn of 2016, when she was finally selected to play the character she related to the most – Tracy Turnblad in Hairspray.

The role resonated with Gianna because Tracy – the lead part in the musical – is an overweight dancer who breaks free of the usual stereotypes and achieves success regardless. 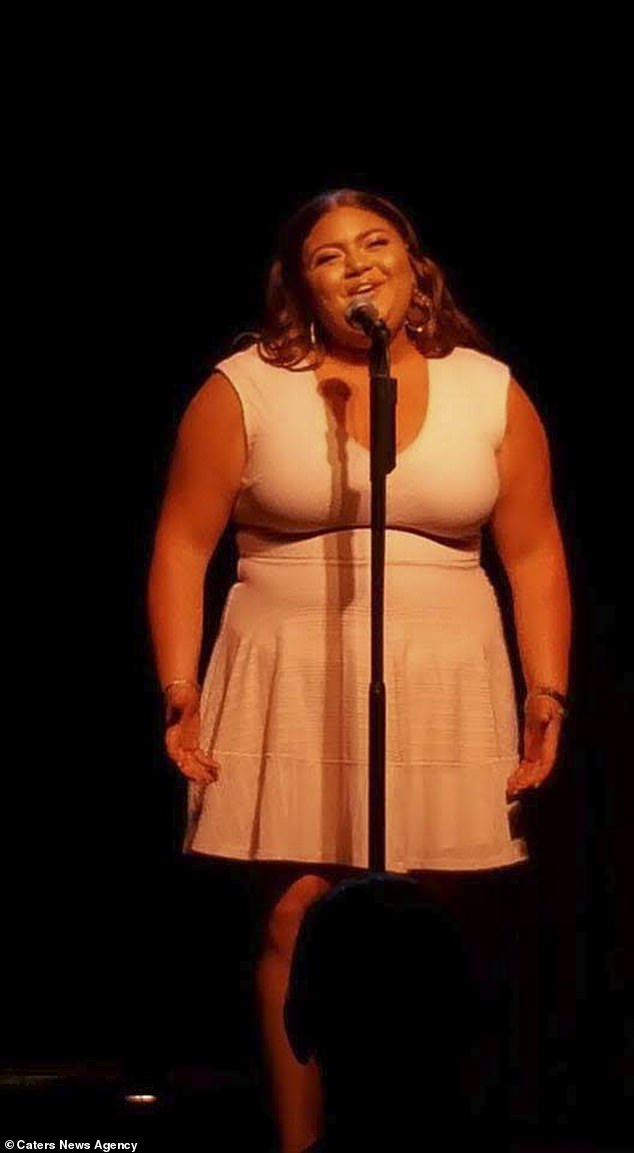 Gianna’s weight loss journey started after she landed the lead role of Tracy Turnblad in Hairspray, which sees a youngster achieve success although the odds are set against her 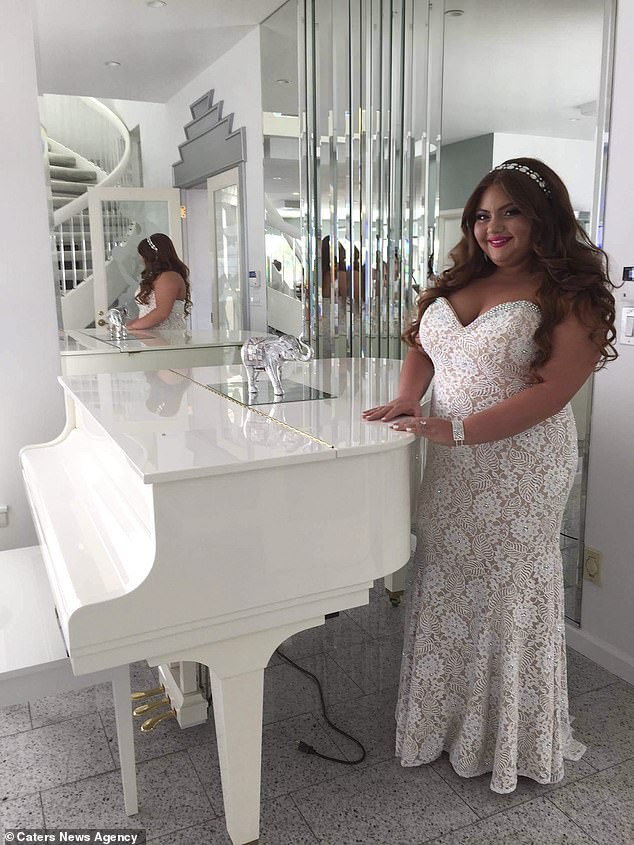 So when the show’s run in New York ended, Gianna decided that it was time for drastic measures in order to achieve a new look.

‘In June 2017, I received the gastric sleeve surgery,’ she said. ‘Just ten months after that, I’d managed to lose the eight stone.’

‘This surgery basically cut part of my stomach out to make me less hungry. I don’t want it to sound so easy because it wasn’t.’

Prior to undergoing the surgery Gianna carried out a liquid diet, and now works out five days a week, only eats fish with vegetables and drinks water.

She has since cut out red meat and dairy, and does not eat past 7.30pm.

‘But it was the best decision I have ever made. Combine that with high intensity training five times a week in the gym, now I only eat fish and vegetables with water as my only drink.’ 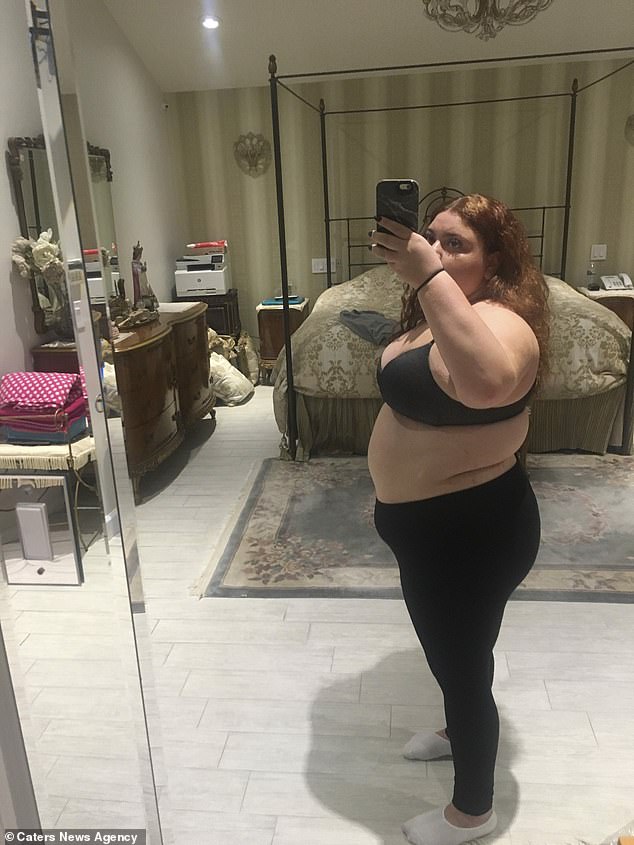 She added: ‘I’ve had people so shocked with how I look now that they don’t recognize me. Before, I just ate too much – it was healthy – chicken and veg, but I just ate so much of it.

‘And as much as I started accepting the fact that I was overweight and tried to make the best of it, when the show came to an end, I was back to square one.

‘I was so depressed and hated myself. There were no parts for me to play because I was overweight – I was still getting bullied and people just thought I was a joke.

‘I knew I had to do something because I just wasn’t happy.  Life is too short to not love what you do and not to be happy.

‘Now, with my successful social media presence, I feel like I can be taken seriously.’

Gianna even has her own documentary coming out, which can be found on her YouTube channel.

Causes: Women with PCOS have an excess of androgens (male hormones), their ovaries tend to be larger than average, and the ovaries’ outer surface have an abnormally large number of small follicles (the sacs of fluid that grows around the egg under the influence of stimulating hormones from the brain). These follicles remain immature, never growing to full development or ovulating to produce an egg capable of being fertilised.

Researchers are still trying to determine the exact cause of PCOS, but it looks certain that there is a genetic link. Carrying the gene does not mean you will develop the full-blown condition, but is more likely to happen if there is a predisposition to diabetes and if the men in the family suffer early (that’s before the age of 30) baldness. Women are also more at risk if they are overweight.

Symptoms: Sufferers have some or all of the following:

• Absent periods. Periods can be very infrequent, sometimes occurring only once or twice a year.

• Increased body hair. Usually found under the chin, on the upper lip, forearms, lower legs and on the abdomen.

• Infertility. Infrequent or absent periods are linked with only very occasional ovulation, which significantly reduces the likelihood of conceiving.

• Weight problems. A common finding in women with PCOS because their body cells are resistant to the sugar-control hormone insulin. This prevents cells using sugar in the blood and the sugar is stored as fat instead.

• Miscarriage (sometimes recurrent). One of the hormonal abnormalities in PCOS, a raised level of luteinising hormone, seems to be linked with miscarriage. Women with raised LH have a higher miscarriage rate (65 per cent) compared with those who have normal LH values (12 per cent).

Treatment: This can sometimes be difficult and is centred around controlling the symptoms, as opposed to curing the condition. If the symptoms are not severe, treatment is not always necessary.

Otherwise, drugs to reduce the amount of androgens (male hormone) are usually prescribed. These can include the combined oral contraceptive pill. If you are trying to get pregnant and have PCOS, you may need fertility drugs to stimulate ovulation. Many women explore natural, herbal methods of relief from the condition.