Best star snaps of the week: Sharon Stone gets back to ‘Basics’ and more

Wonder how he feels about rugrats.

“Basic Instinct” icon Sharon Stone is sparking dating rumors with RMR — a rapper more than half her age.

Page Six spies have spotted Stone, 63, and RMR, 25, on dates together all over LA.

Last week, they hit up hotspots Delilah and The Highlight Room, where they were seen dancing to hip-hop music.

“She’s definitely having a hot girl summer,” a source told Page Six. “They were together hanging out with Drake’s [artist] PND, and they were canoodling and popping bottles.

“They were dancing to hip-hop. Chris Brown was also there.”

RMR, a burgeoning artist, who protects his identity by wearing a ski mask and gold grills on his teeth, “respects her and thinks she’s cool as f–k,” according to an insider, who says they have been spending the last few months together. 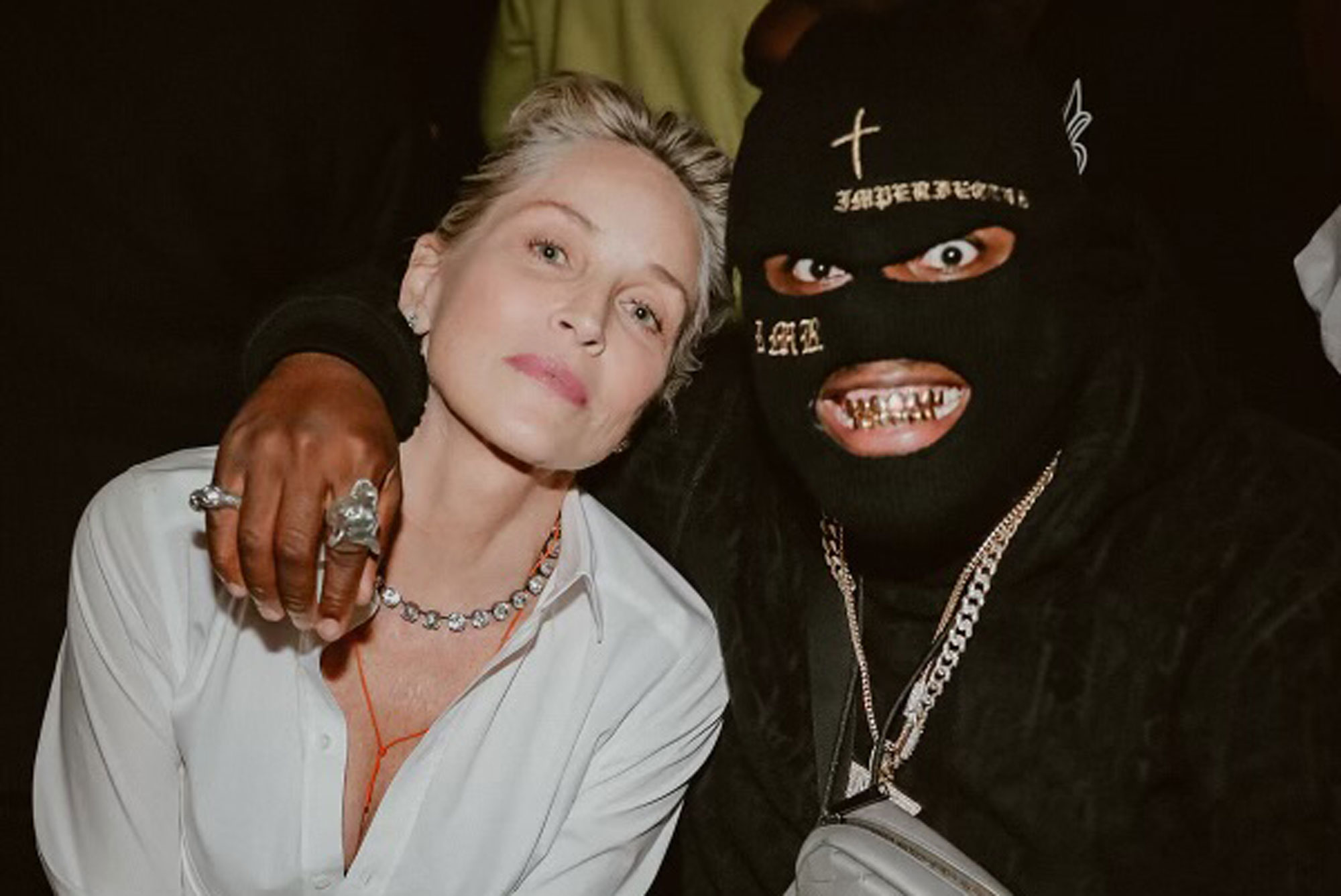 The source added that he’s a huge fan of Stone’s 1995 mobster film, “Casino.”

“They’re enjoying each other’s company right now and hanging out. They’re having a great time together,” they added.

The “Dealer” rapper even got Stone to don one of his signature ski masks in the club.

“They’re on the same frequency and it’s a very unique friendship,” the source said.

Their “unique friendship” has spilled over to Instagram, with him liking several of the actress’s photos — including one of her painting watercolors — while she has been supporting his career updates.

“Can’t wait to see all you Rascals at my shows, and everyone else … Doing a US & Canada tour,” he captioned a video post last month, which Stone commented on with applause emoji. 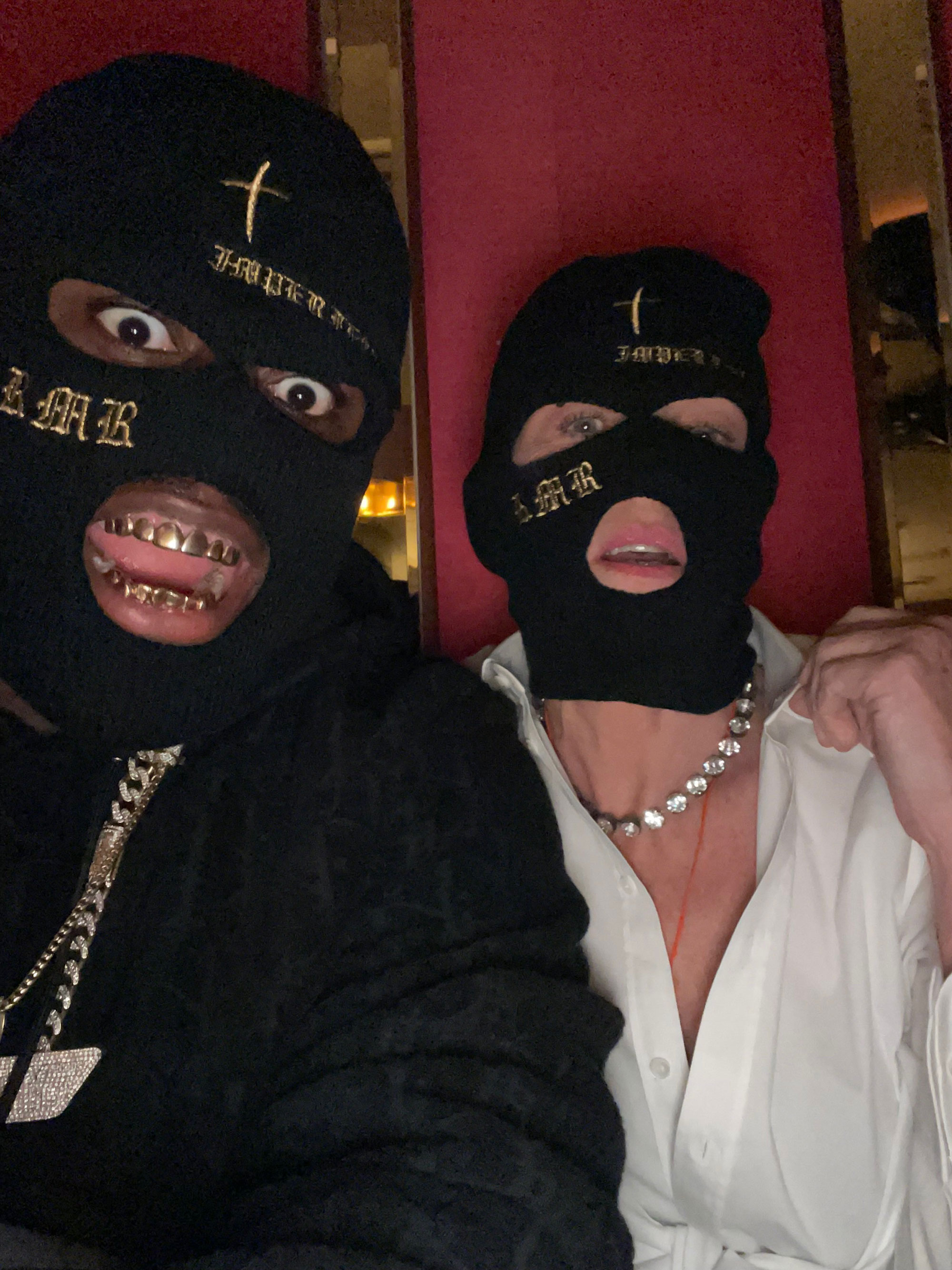 RMR has been regularly out on Hollywood’s music scene but guards his real identity and his real name isn’t known.

A rep for RMR did not comment and the chief of staff for Stone’s company did not get back to us.

Stone has been open about her love life in recent years. She was kicked off the dating app Bumble in 2019 after some users apparently reported her account as a fake. She tweeted that she logged into the app to cruise for dates only to discover that her account had been shut down.

“I went on the @bumble dating sight [sic] and they closed my account,” Stone wrote. “Some users reported that it couldn’t possibly be me!”

The “Quick and the Dead” star, who divorced newspaper editor Phil Bronstein in 2004, joked that the app was discriminating against A-list actresses, tweeting, “Hey @bumble, is being me exclusionary?  Don’t shut me out of the hive.”

She was quickly unblocked and subsequently told “Entertainment Tonight,” her experience on the app was “going OK. I’m actually having a nice time. I’ve met a couple of nice people and I’ve actually made a couple of nice friends.”

When asked what she was looking for in a partner, Stone said, “I’m looking for someone who wants to have a caring and compassionate and loving relationship, like anybody else.”