Seven ways to turn your rented home into a Christmas wonderland

THE Consumer Crew are here to solve your problems.

Mel Hunter will take on readers’ consumer issues, Jane Hamilton will give you the best advice for buying your dream home, and Judge Rinder will tackle your legal woes.

In a renter wonderland

DO you face a merry dance when it comes to decorating your home for Christmas? With almost one in three of us living in rented accommodation, lack of space or staying on the right side of landlords worried about damage can be tricky. 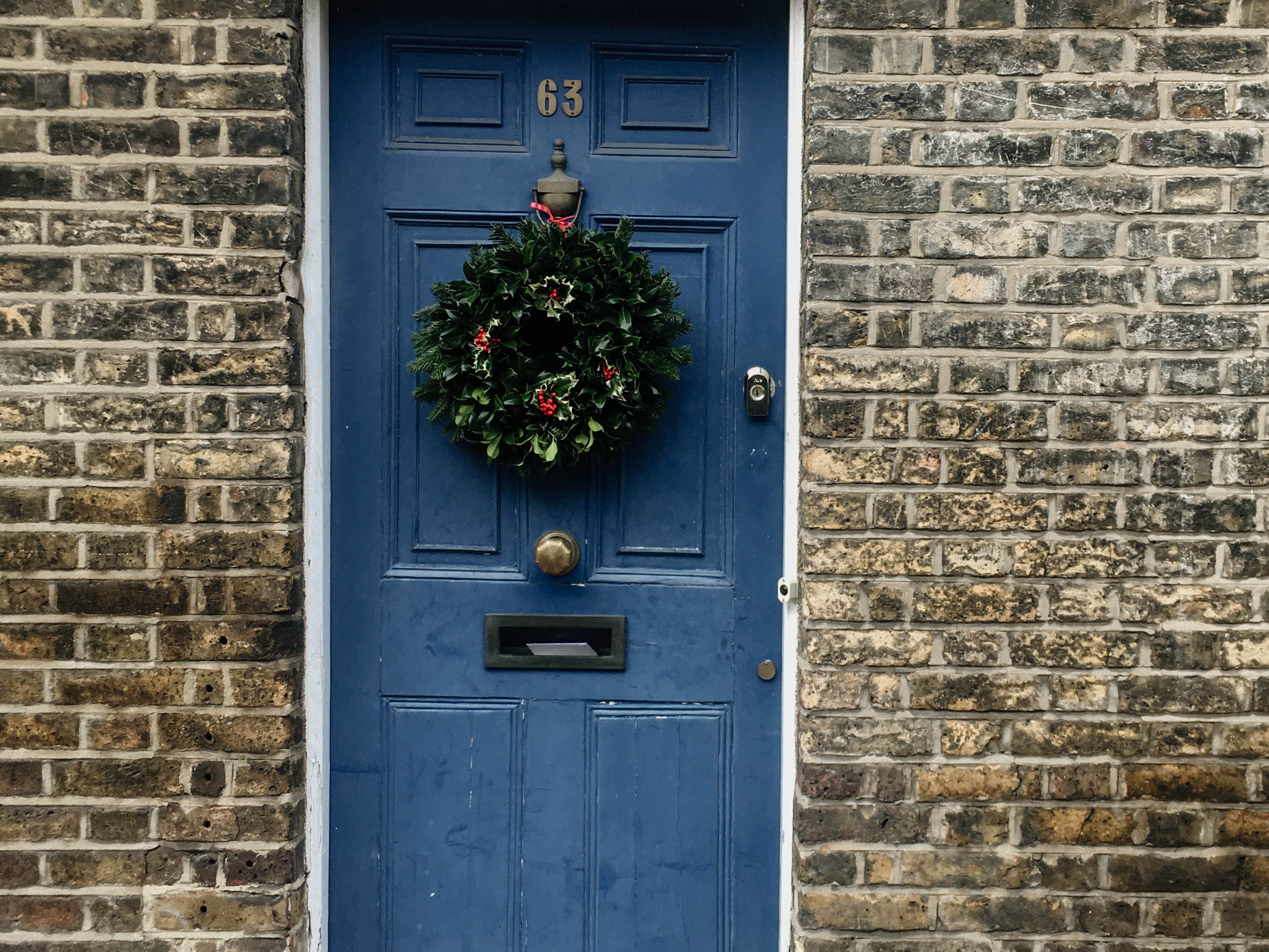 1) Settle on a dream theme. Consider the type of property you live in. Modern flats suit sleek silver, purple or blue. Older houses can carry traditional colours such as red and green.

2) Dress up your front door. Wreaths are a simple external decoration but have impact. Make one from scratch or buy and customise. On some doors you can hang them using ribbon through the letterbox.

3) Winter mood lighting. Drape fairy lights around existing items on the wall so you don’t damage the paint. Think door frames, picture frames and even putting fairy lights in a vase.

4) Go for cosy. Invest in Christmas throws and cushion covers to dress up your sofa and bed. Simply fold and pack away in January, just like a sheet or pillowcase. It is a cheap but effective way to add seasonal warmth and colour.

5) Every surface has a purpose. If you don’t have a mantelpiece, dress your table or sideboard instead. Table runners and scattered decorations can turn any surface into a festive wonderland.

6) No space for a big Christmas tree? Try a slimline pencil tree or a Scandi-style stick tree in metal or wood.

7) Roll up! Use ribbon to create inexpensive bows to hang on the walls, tie around vases and put on door handles – no damage done.

Buy of the week 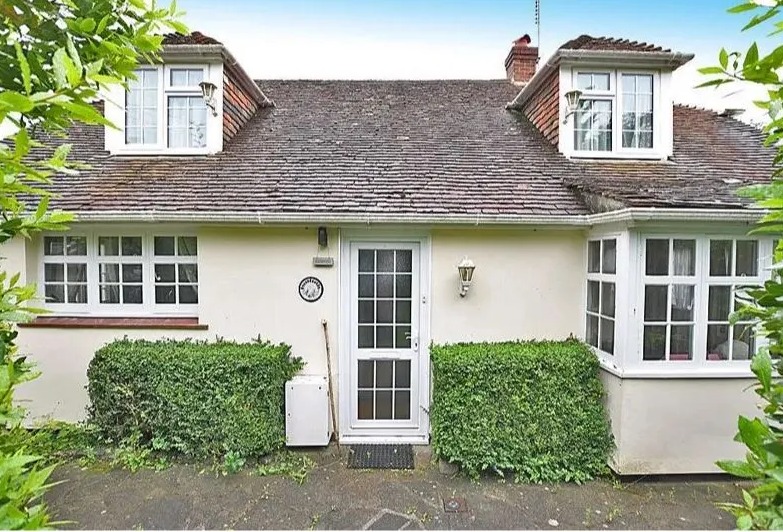 SEARCHES for homes in Detling, Kent, have tripled after Public Health England data showed villagers there have the highest life expectancy in the country.

But a long life does not come cheap. This four-bed bungalow is the lowest-priced property on sale, at £415,000.

LIVING in a street with a festive-type name could bring you some Christmas cheer.

Research from home-heating firm HeatingForce found properties in roads with “Toy” are worth double the UK average of around £269,945, while those with “Tinsel” are £90,645 more.

The cost of properties on streets with “Frost” average £70,479 more than the norm.

Deal of the week 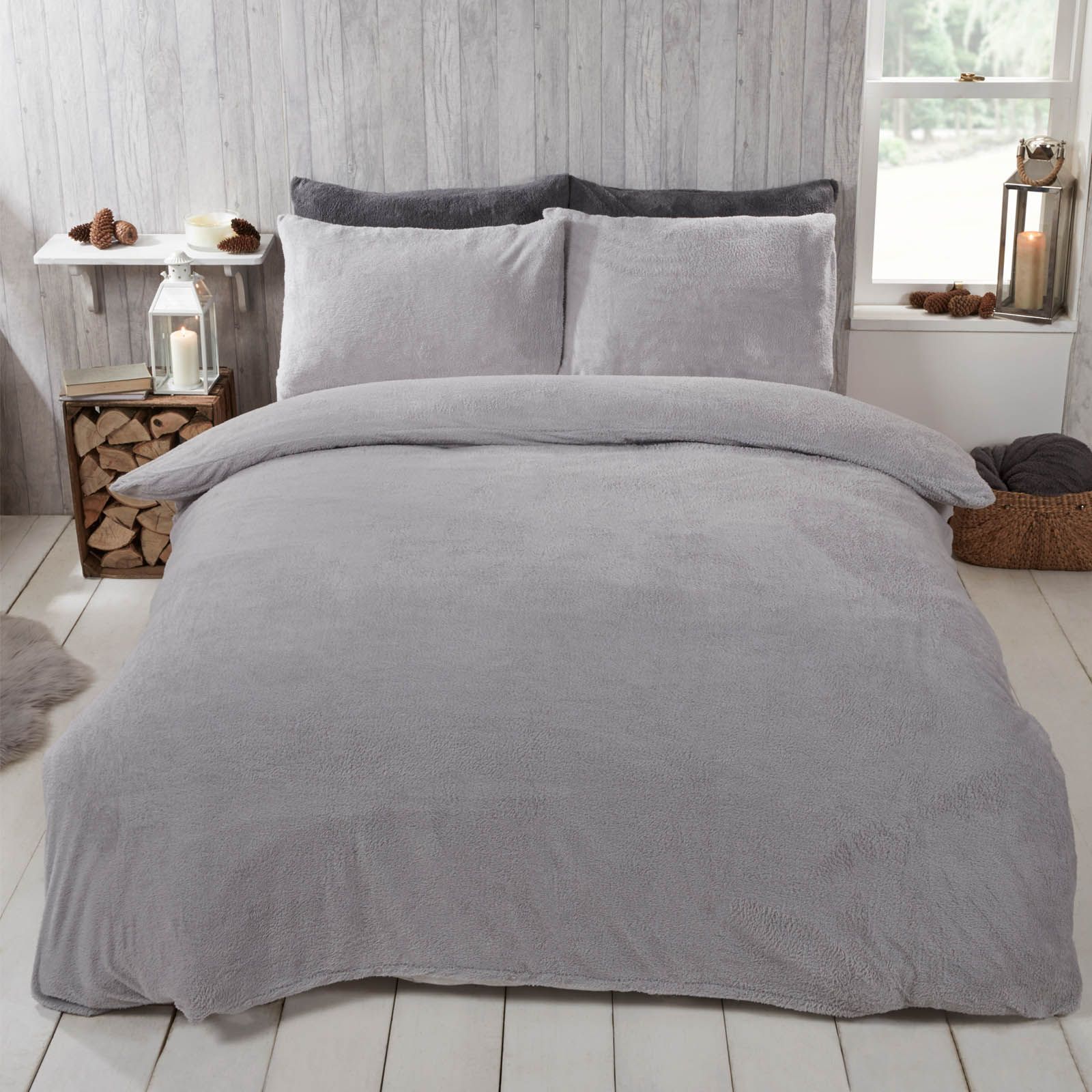 BEAT the big freeze with a fleecy duvet set. This Brentfords Teddy double cover and pillowcases in silver grey was £17 but is now reduced to £15 at onlinehomeshop.com.

I agreed on the understanding she would pay me back £50 a month by a standing order and that if her property was sold, she would repay the outstanding loan in full.

Because she is family, I did not set up a written contract. I have never received a penny of it.

Eight years ago, she stopped communicating with me for reasons unknown.

My daughter and her coercive partner sold the property in May 2016, along with my conservatory, which would undoubtedly have enhanced the price.

I worry that taking my daughter to court would not be successful due to the time that has elapsed and there being no written contract. Is this the case?

A) There are two serious legal problems here. As you suspected, even if you had an enforceable agreement with your daughter, there is a strict six-year limit to claims for breach of contract, which would start from the moment your daughter failed to make her first payment.

Secondly, it is highly unlikely you entered into a legally binding contract with your daughter in the first place.

You have nothing in writing setting out the terms of this agreement. A judge would take the view that you did not have an intention to create legal relations (to sue your daughter for non-payment) when you loaned this money.

Q) MY beloved dog Buster had to be put to sleep due to severe fitting episodes.

He was my best friend and when I was in the worst part of my life, suffering major depression, he was there for me. You can imagine how special he was.

I arranged with the vet for Buster to be cremated privately and then for his ashes to be returned to me so I could still have him with me, in a fashion.

The vet made a mistake and someone sent Buster to be cremated with all the other animals and his ashes were scattered. This has left me devastated and on the brink of sliding back into depression.

I feel I should be entitled to compensation for the mental anguish the negligence has caused me but their insurance company says I am an unreasonable nuisance. What should I do?

A) How terrible. As a proud dog lover I understand how and why you feel so hurt.

The problem, however, is that the law considers our beloved pets to be little more than household property.

So you are going to have a challenging time persuading a court that claiming compensation from your vet for their appalling error is reasonable.

Although I doubt you can bring a successful legal claim, given the extent of your psychological injuries you should contact a local solicitor and/or Citizens Advice, who can advise you further and, critically, point you in the direction of any help you may need.

Q) I BOUGHT a mobility scooter with a five-year guarantee. But in less than a year, the scooter has developed a problem.

When I called the company from which I bought it, they said I need to send it back to them to be assessed and repaired.

The cost of the postage would be £200. I don’t have that kind of money to spare and I don’t believe the cost should be my responsibility. What should I do?

A) You need to have a look at the terms and conditions you agreed to when you bought the scooter. In normal circumstances, if a scooter breaks within 12 months, it really should not cost you anything to send it back, especially when the postage may cost more than the repairs.

Email the director of this scooter company asking them to explain why they are legally justified in charging you this money (I suspect they can’t).

Then insist on them collecting the scooter free of charge. Be tough.

So very tired of sofa saga

Q) WE bought individual sofa components from Sofology to create our unique sofa, with 14 days for delivery.

The morning it was due to arrive we got a text saying delivery had been cancelled, just as our old sofa was going out the door.

Weeks later, we are still waiting for our sofa to arrive or even be found. I work for the NHS and want to come home and sit on a comfy sofa, not a garden deck chair.

A) You bought your sofa, worth more than £2,000, in the warm days of summer and finally got to sit on it as the chilly winter weather set in. In between was a saga that tested your patience to the limit.

You first expected your delivery on August 20. Nothing arrived. Getting nowhere with Sofology, except for a small temporary sofa, you called me in a few weeks later.

Within days, I’d been contacted by another reader, who also works for the hard-pressed NHS, with a very similar story.

Taking both to Sofology, the furniture company apologised but told me: “We are experiencing an unprecedented increase in demand at the same time as we are experiencing delivery delays due to external factors beyond our control.”

It admitted “miscommunication” over where the furniture was coming from had further delayed things and promised both would be delivered a couple of weeks later. But when yours arrived, the delivery driver told you it looked like “it had been dropped”.

You declined delivery and feared you were back to square one. The next delivery date was again missed but finally it arrived two days later, more than two months late.

There has been pressure on supplies and deliveries in all sectors but you were pushed to the limit here. Sofology refunded £500 in the end and apologised for letting you down.

Q) I BOOKED an Air Transat flight to see family in Toronto but it was cancelled due to Covid. At the time Canada was issuing ticket transfers only, which I declined. I was told I’d be notified when the government there changed the rules to give refunds.

I’d not heard anything by April 2021 so I got in touch and was told they were still only giving ticket transfers. Again, I was told they’d email when the rules changed.

Still having heard nothing, I contacted them at the end of September only to be told I was too late to apply for a refund and the closing date was a month before.

My family moved back to the UK this March so I now have no reason to go to Canada. There’s nobody I can transfer the ticket to.

A) The narrow window to get a refund shut before you even realised. You insist you got no notification from Air Transat.

I asked the airline to look into it. It said an email was sent but later came back undelivered – perhaps your email thought it was spam.

Thankfully, it agreed to refund you. A spokesman said: “Air Transat values the custom of all of its passengers and regrets any inconvenience that has been caused.”