Peloton responds to ‘And Just Like That’ death with new ad

Actor Chris Noth, who stars as “Mr. Big” on “Sex and the City,” has been accused by two women of sexual assault, according to a new report that comes days after the release the HBO show’s much awaited spin-off.

The 67-year-old TV legend allegedly preyed upon two star-struck young women — one in 2004 and the other in 2015 — after luring them to private areas where he forced himself on them, The Hollywood Reporter said Thursday.

Noth — whose character was killed off in the first episode of “And Just Like That…” — is alleged to have been so rough with one woman that he made her bleed and left her needing hospital treatment. The other woman said she was left “totally violated,” but then didn’t report it after he called and left her a message trying to minimize what happened.

The actor, who has become beloved by millions of women for playing the role of love interest to Sarah Jessica Parker’s Carrie Bradshaw character, has “categorically” denied the claims.

But the woman who claims to have been attacked in 2004 — identified only as Zoe by THR — says that Noth left her feeling brutalized. 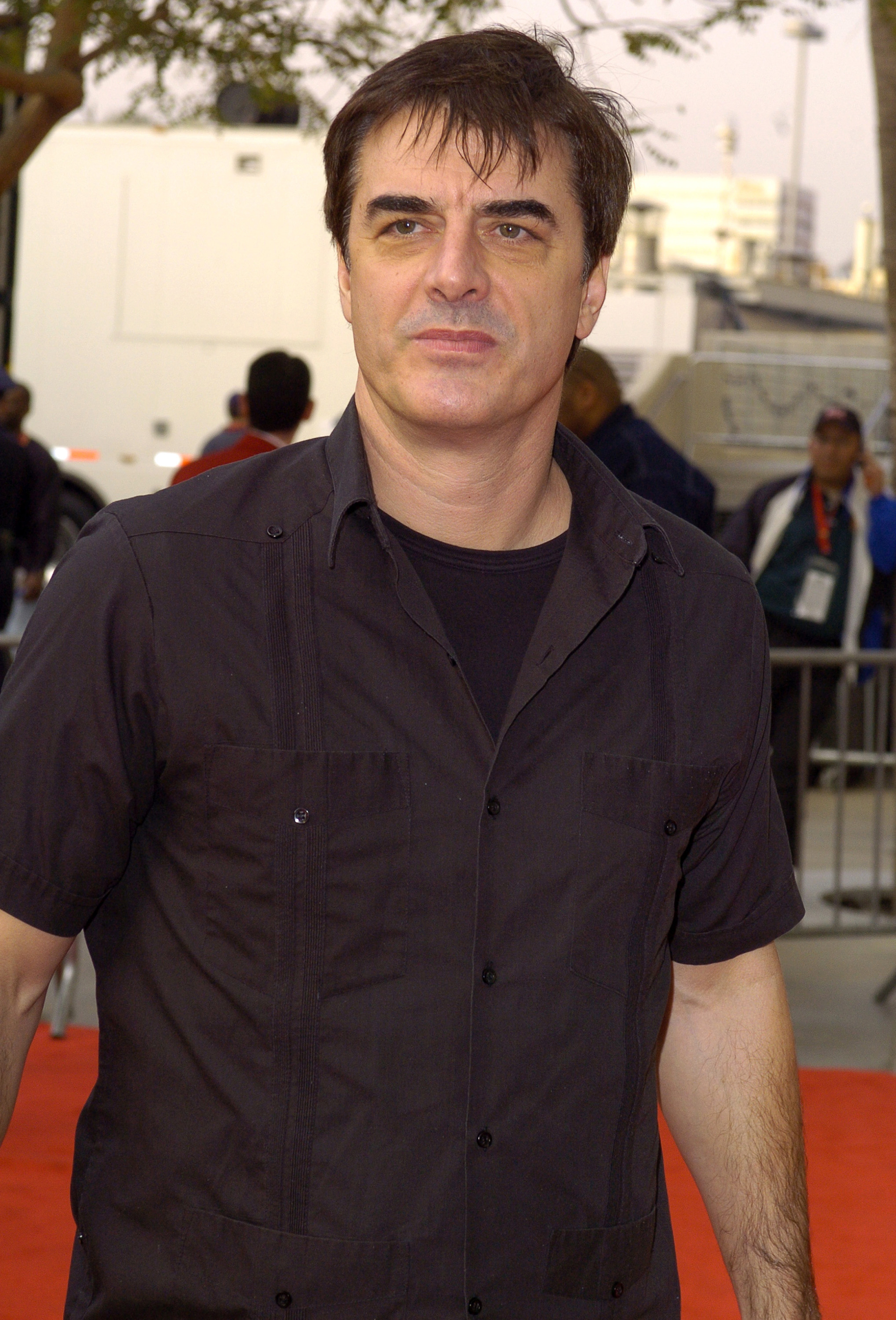 “It was very painful and I yelled out, ‘Stop!’” recalled the woman, who said she was prompted to speak out after all the hype around the recent “SATC” spin-off,  “And Just Like That…”

Zoe says she was just 22 when she met a then-49-year-old Noth while working as an assistant at a talent agency in 2004.

Noth had gotten hold of her phone number and struck up a flirtation.

Zoe alleged that in August 2004, she took her best friend to soak up the sun at the pool at Noth’s West Hollywood apartment complex — but things took a turn when he asked her to bring a book upstairs to him. 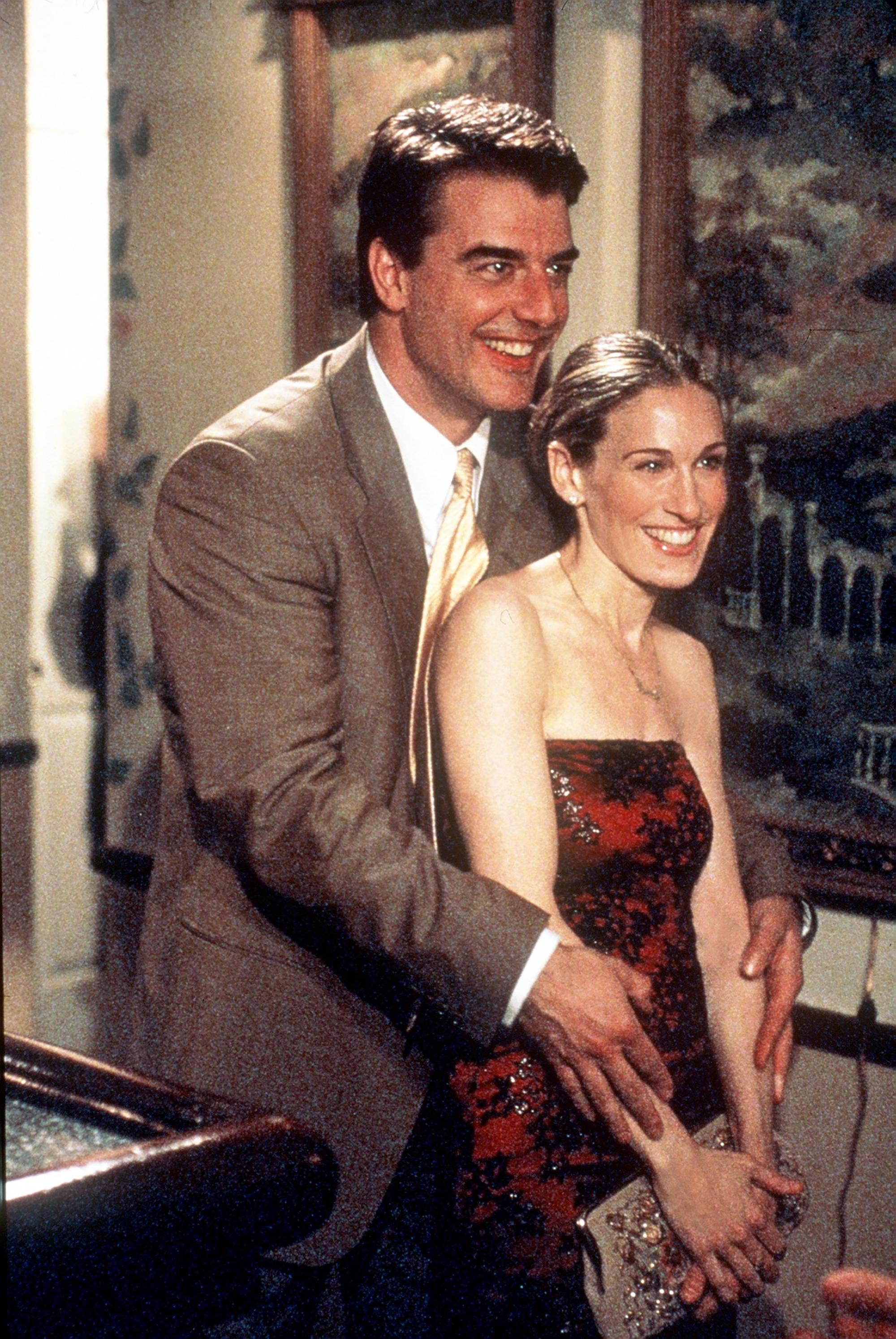 She alleged that when she got upstairs, she started trying to kiss her. She tried to get away and get back to her friend, but Noth drew her towards the bed and pulled off her shorts and bikini bottoms, raping her from behind, THR reported.

Zoe said it was a painful experience made worse by Noth mocking her for requesting a condom.

When it was over, she said: “I realized there was blood on my shirt. I got out of there.”
She headed over to the apartment of another friend who also lived in the best friend.

Her best friend, who was visiting from college, allegedly told her ‘You’re scaring me’.
That friend, now a child psychologist in Boston, told THR that she took Zoe to the hospital.

“She wouldn’t talk. She wouldn’t make eye contact. When we got in the car, I started pressing her: ‘You have to tell me what happened. Something’s wrong.’ I don’t remember the words she said, but I said, ‘I’m taking you to the hospital.’”

The friends went to Cedars-Sinai in LA, where Zoe told staff she had been assaulted. “I had stitches. Two police officers came. I wouldn’t say who it was,” Zoe said.

Fearing that she would not be believed, and possibly fired, if she made a public accusation, Zoe kept quiet and left the hospital with a counseling brochure and medicine. Cedars told THR it does not keep records dating back to 2004. 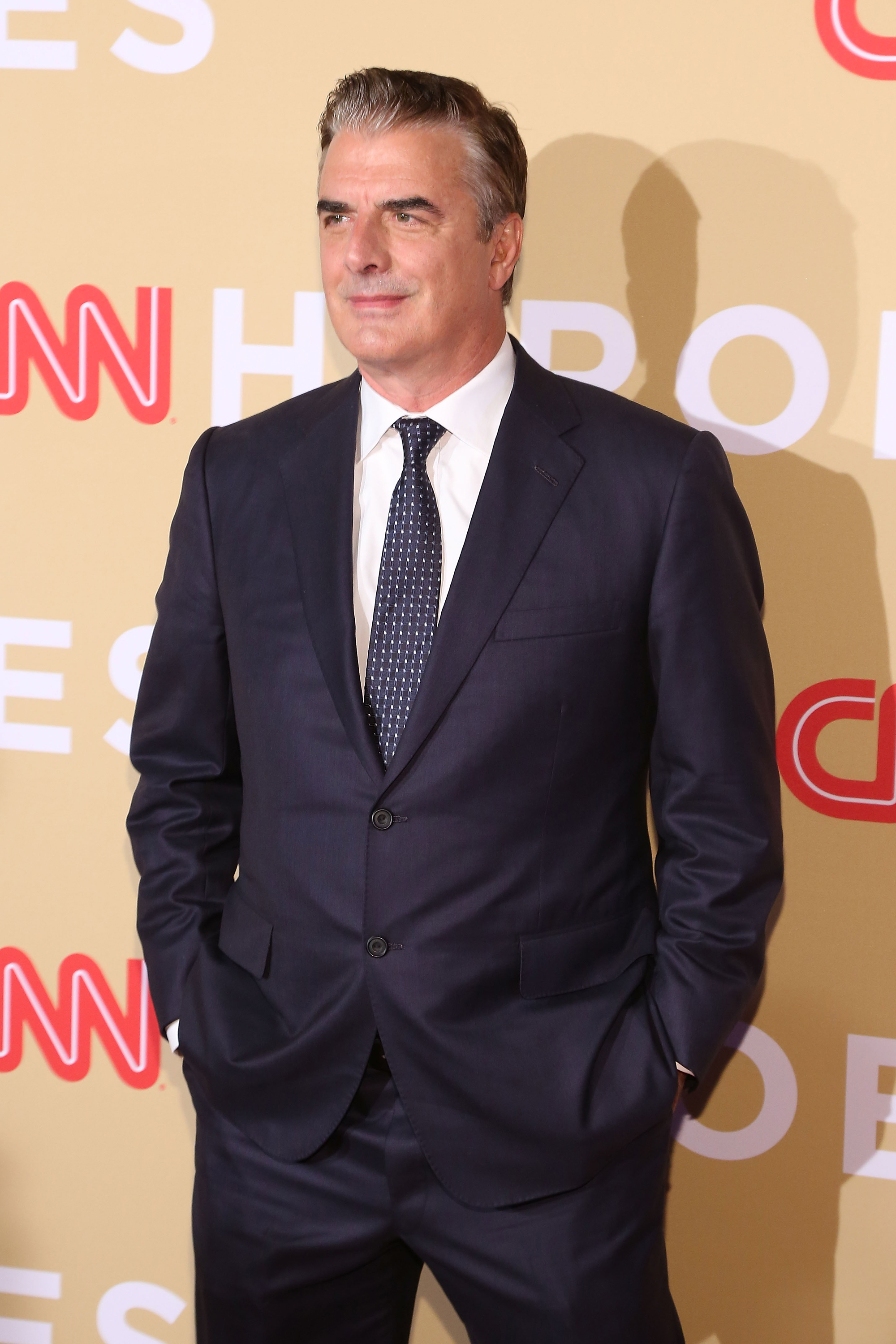 According to Zoe’s former boss, Zoe called her later that day and told her that Noth had attacked her, although Zoe doesn’t remember making that call.

“I was driving behind where Soho House is now, and I think I stopped and pulled over because it was so horrible,” her ex-boss said.

“She was very upset, kind of in shock. I was in shock.” But at Zoe’s request, she did not disclose the attack to anyone. “I was 25 at the time. It was a lot. I didn’t know what to do.”

After suffering from nightmares and flashbacks, Zoe went to counseling at the UCLA Rape Crisis Center in 2006.

“I had buried it as long as I could, and then I really wasn’t doing well and finally went to the treatment the ER had recommended,” she said.

After undergoing treatment, Zoe tried to repress the memory again, but the memories of the alleged assault were dredged up again recently by seeing Noth in the spotlight. 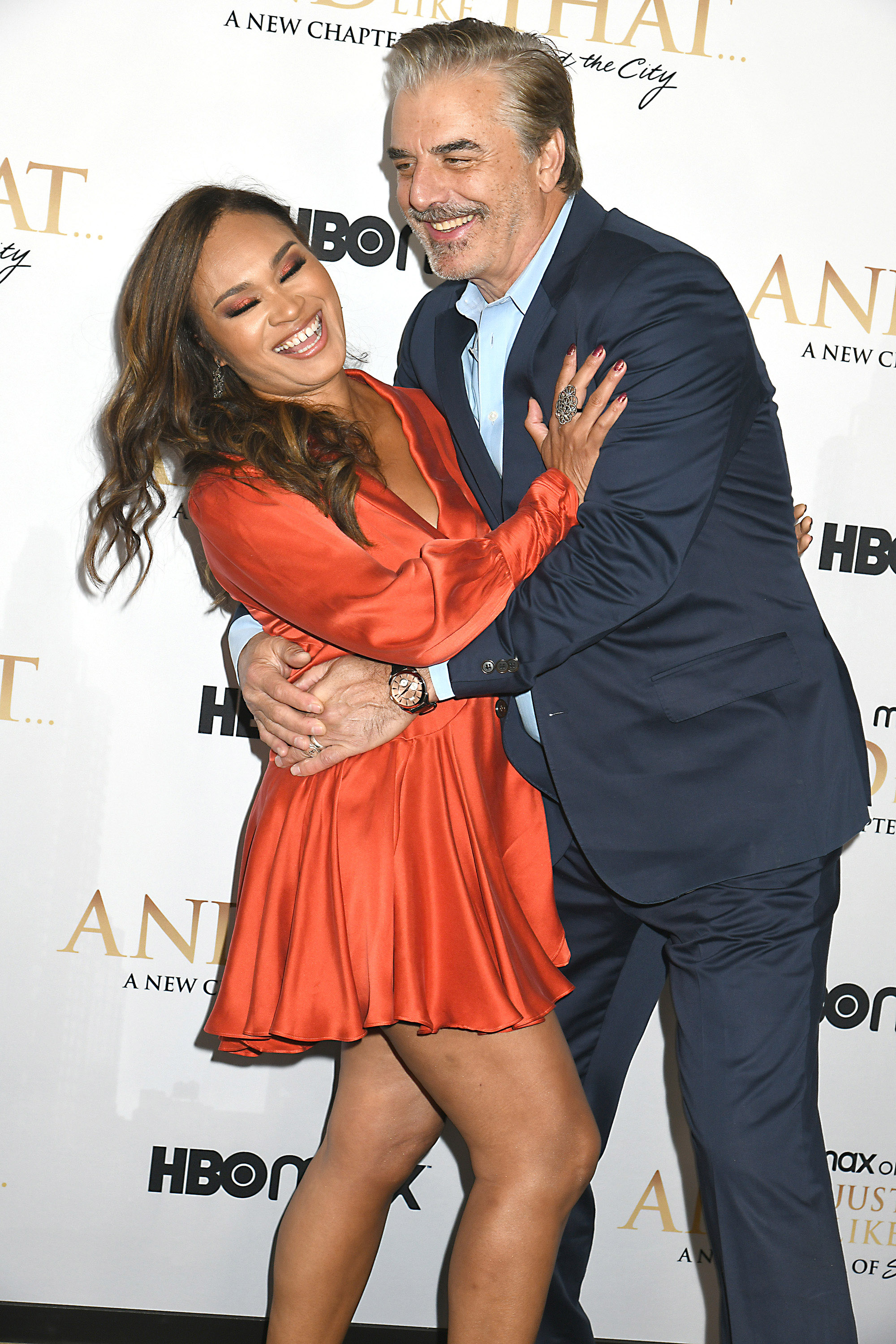 Zoe said she did confide in her mother, who died from cancer, and said she did not want to be haunted by the alleged assault.

Another woman, known as Lily, told THR how she met Noth age 25 while working as a server in the VIP section of the now-shuttered New York nightclub No.8 in 2015.

He was already married to wife Tara Wilson — whom he wed in 2012 — and Lily said she was starstruck, adding: “He was hitting on me, for sure. I was flattered. I knew he was married, which is shameful of me to admit.”

He asked her to meet him at Il Cantinori, which as a fan of the show, Lily knew had been the setting for the “SATC” episode where Carrie throws her 30th birthday party.

By the time Lily arrived, the kitchen had closed and they drank wine at the bar as she said that Noth talked about not wanting to appear in a third “SATC” movie. 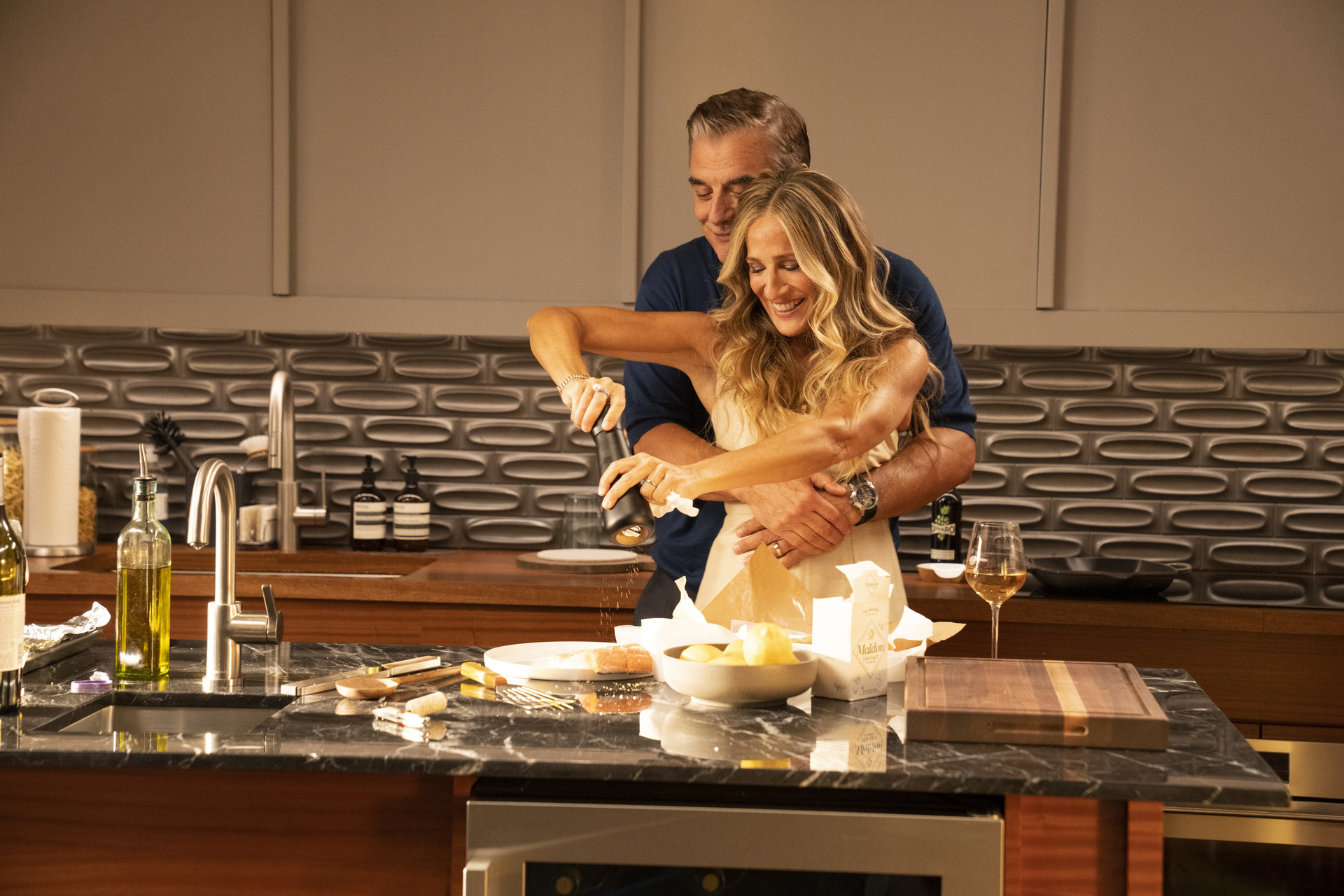 He then asked her back to his Greenwich Village apartment to sample his whiskeys. “I was not super sexually active, not wild and crazy. I thought, ‘We’re going to drink whiskey and talk about his acting career.’ It sounds so stupid,” Lily told THR.

She added: “He tried to make out with me. I cautiously entertained it. He’s older and looked older. He kept trying and trying and trying, and I should have said no more firmly and left. And then the next thing I knew, he pulled down his pants and he was standing in front of me.” He thrust his penis into her mouth, she said.

Lily says she brought up that he was married with children. At the time he had just one son — Orion — with Wilson.

“He said marriage is a sham. Monogamy is not real.” Lily told THR.

She alleged that before she knew it, “he was having sex with me from the back in a chair. We were in front of a mirror. I was kind of crying as it happened.”

When it was over, she said: “I went to the bathroom and put on my skirt. I was feeling awful. Totally violated. All of my dreams with this star I loved for years were gone.”

Her friend Alex said she called him hysterical from an Uber and told her that Noth had “pretty forcibly” had sex with her. Alex said they should call the police — but Lily refused. Lily says she doesn’t remember making the call. 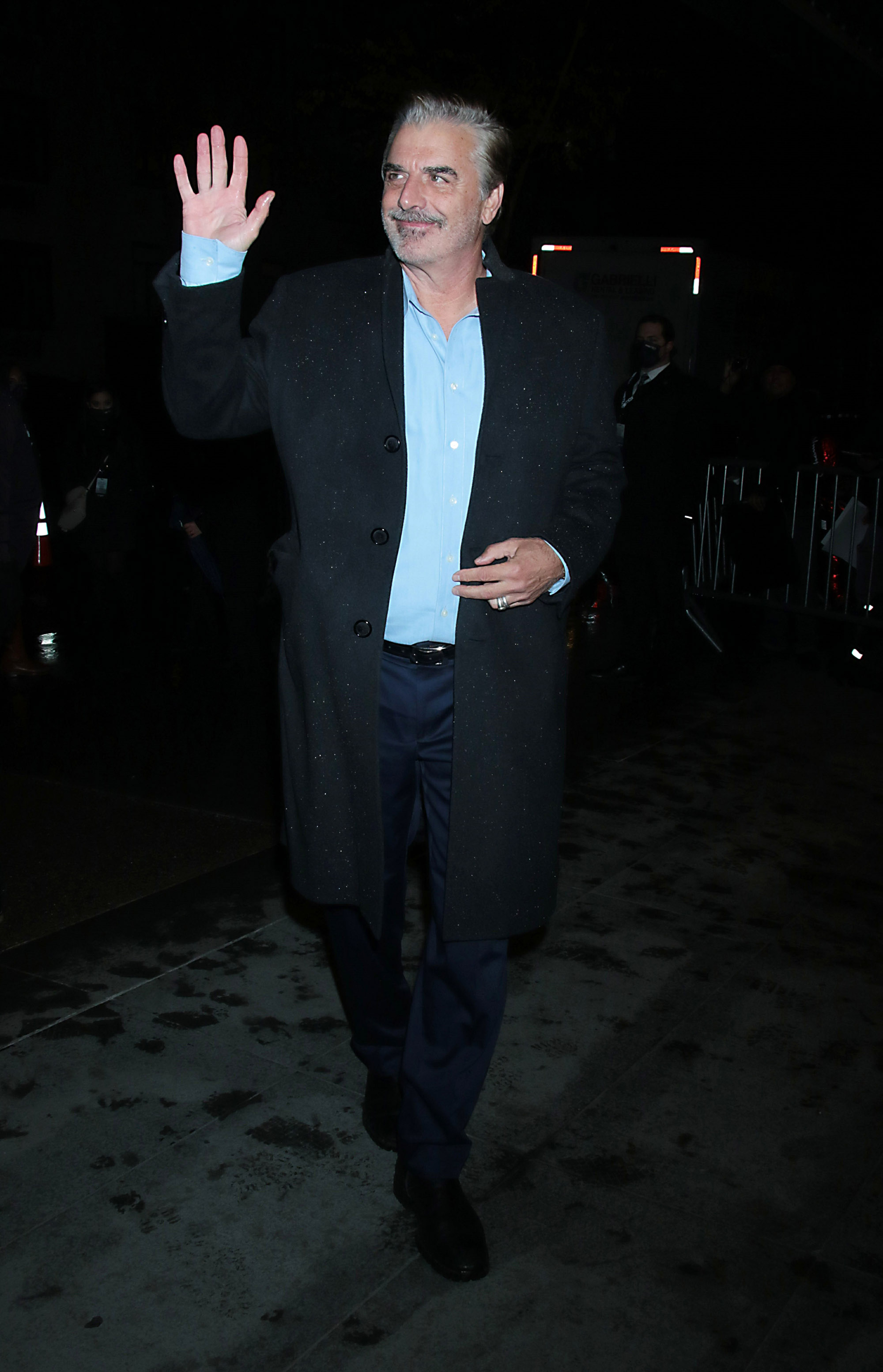 By the next day, Alex said Lily had started trying to minimize the incident. “She said, ‘I’m overreacting, just forget it.” But Alex says she listened to a voicemail that Noth had left on Lily’s phone. “It was, ‘Hey, hope you didn’t take anything wrong last night. We had fun. Just want to make sure you didn’t take it the wrong way.’” To Alex, it seemed “very much, ‘I know I did something bad, but I’m trying to make it seem like it wasn’t a big deal.’”

Lily said. “He left a voicemail saying, ‘I had a nice time and would really appreciate it if you wouldn’t talk to your girlfriends. If we could keep this between you and me, that would be great,’” she said.

THR reviewed texts Noth and Lily exchanged in March and April 2015. In one, Noth messaged: “By the way I have to ask did you enjoy our night last week. I thought it was a lot of fun but I wasn’t quite sure how you felt.” Lily replied: “Hmm…I certainly enjoyed your company. Great conversation. Not to go into specifics over text message, but I did feel slightly used… Perhaps this is better as a phone conversation but I can’t talk at the moment.” 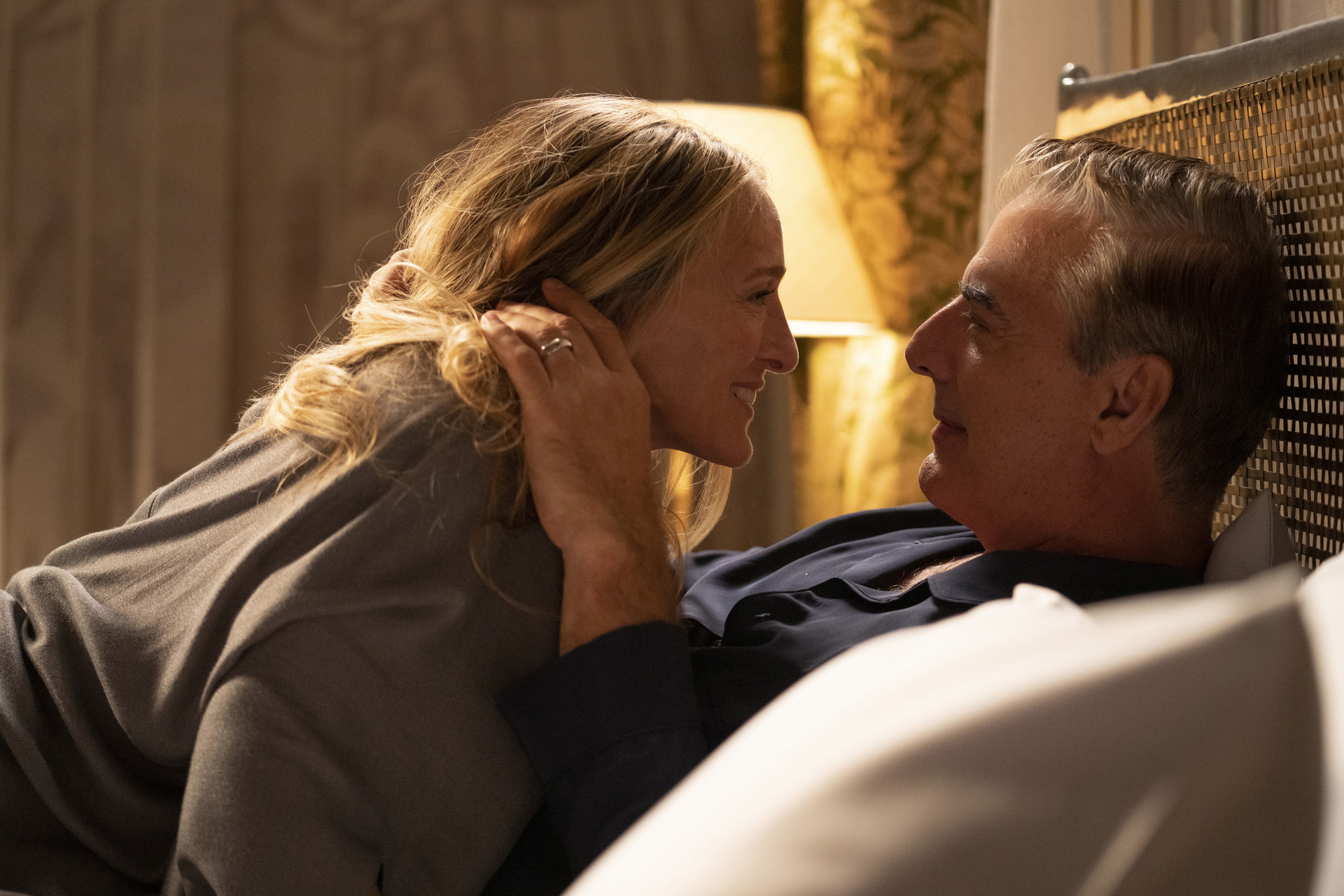 Noth mentioned hoping to meet again for dinner or drinks. Lily continued to respond in a friendly but noncommittal way. At one point, she agreed to dinner, then canceled. She continued to put him off, and they never met again.

“If you do want to have a drink later it doesn’t have to be at my place…although I have the best whiskey,” he wrote in one exchange. “Come have a drink with me before I leave [town]. Oh mysterious one… where did you go.”

In a statement to Page Six, Noth said: “The accusations against me made by individuals I met years, even decades, ago are categorically false. These stories could’ve been from 30 years ago or 30 days ago — no always means no — that is a line I did not cross. The encounters were consensual. It’s difficult not to question the timing of these stories coming out. I don’t know for certain why they are surfacing now, but I do know this: I did not assault these women.”