During a ‘Red Table Talk’ appearance, the Mexican actress revealed that the changes in her body weren’t courtesy of a surgeon’s knife.

Salma Hayek is denying claims that she had breast augmentation to make her boobs bigger. Instead, the 54-year-old actress attributes her curves to Mother Nature. Salma blamed the menopause for her changing body during a June 23 appearance on Facebook Watch’s Red Table Talk.

The mom-of-one discussed the hormonal change and how it affects women while chatting to the show’s co-hosts Jada Pinkett Smith, Willow Smith and Adrienne Banfield-Norris. After breaking down the myriad of embarrassing symptoms that women go through (including excessive hair and vaginal dryness), Salma said doctors failed to ask her if her boobs were “growing.” 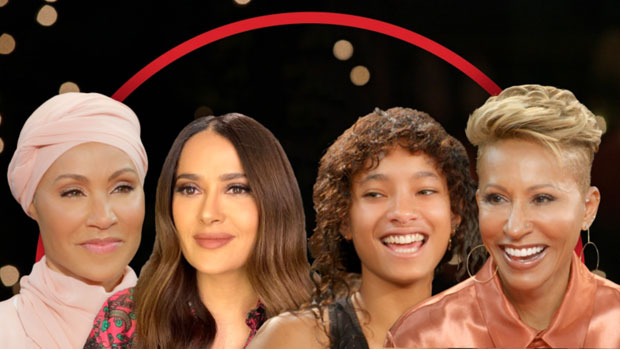 “And then, in some other cases when you are in menopause, they grow again. And I just happened to be one of those women, that it happened in every single step. When I gained weight, when I got pregnant and when I’m in menopause.”

“A lot of people say that I had breast augmentation,” she added. “I don’t blame them. My boobs were smaller… But they just have kept growing, many, many sizes and my back has been really suffering from it.” 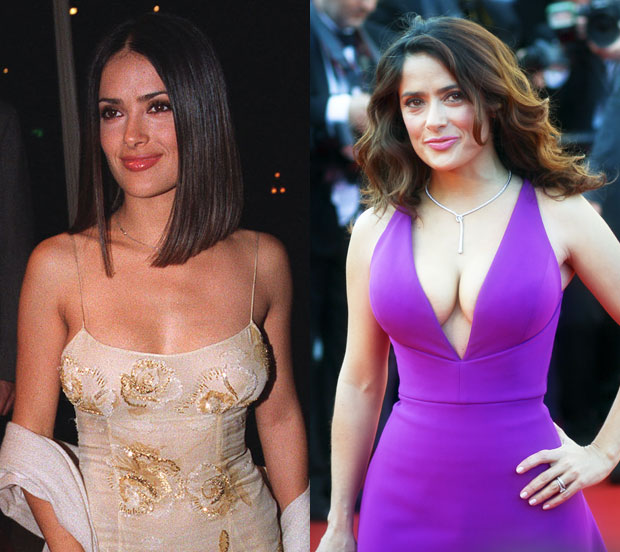 Salma – who is married to French businessman Francois-Henri Pinault – explained in great detail what going through the menopause can be like for women. “I think it was my mid-40s, I had to take a test and the questions were terrifying,” she said. “They were asking me things like, ‘Are your ears growing and there’s hair coming out of them? Are you growing [a] mustache and a beard? Are you easily irritable? Are you crying for no reason? Are you gaining a lot of weight really fast that doesn’t go away no matter what you do? Are you shrinking?’

“And then they ask you, ‘Is your vagina dry?’ And I thought to myself, it doesn’t matter. If you have hair coming out of your ears and nose and a mustache and a beard and you’re shrinking and you’re getting big and you’re in a bad mood all day, but crying at the same time, nobody’s coming near your vagina. Ain’t nobody coming near that thing. Makes no difference.”

Salma also explained to the hosts why she was determined to play a menopausal woman in her new action film, The Hitman’s Wife’s Bodyguard. “There’s a very important message behind it because what we’re saying here is that there’s no expiration date for women,” she said about the movie, which also stars Samuel L. Jackson and Ryan Reynolds. “That has to go, because you can kick ass at any age. You can hold your own at any age. You can dream at any age. You can be romantic at any age.