Ready for the throne! Queen Elizabeth II doesn’t have to worry about the future of the British royal family with Duchess Kate preparing to fill her shoes someday.

“Over time, Kate has proved to Elizabeth that she can be trusted and they’ve developed a great relationship,” a source exclusively reveals in the latest issue of Us Weekly, on newsstands now. “Elizabeth feels confident that Kate will make a great queen.”

The Duchess of Cambridge, 39, officially joined the royal family when she married Prince William in April 2011. It took 10 years to conquer the feeling of being “uneasy in the spotlight,” the insider tells Us, but Kate has become a “fearless” public figure and “knows [the protocols] like the back of her hand.” 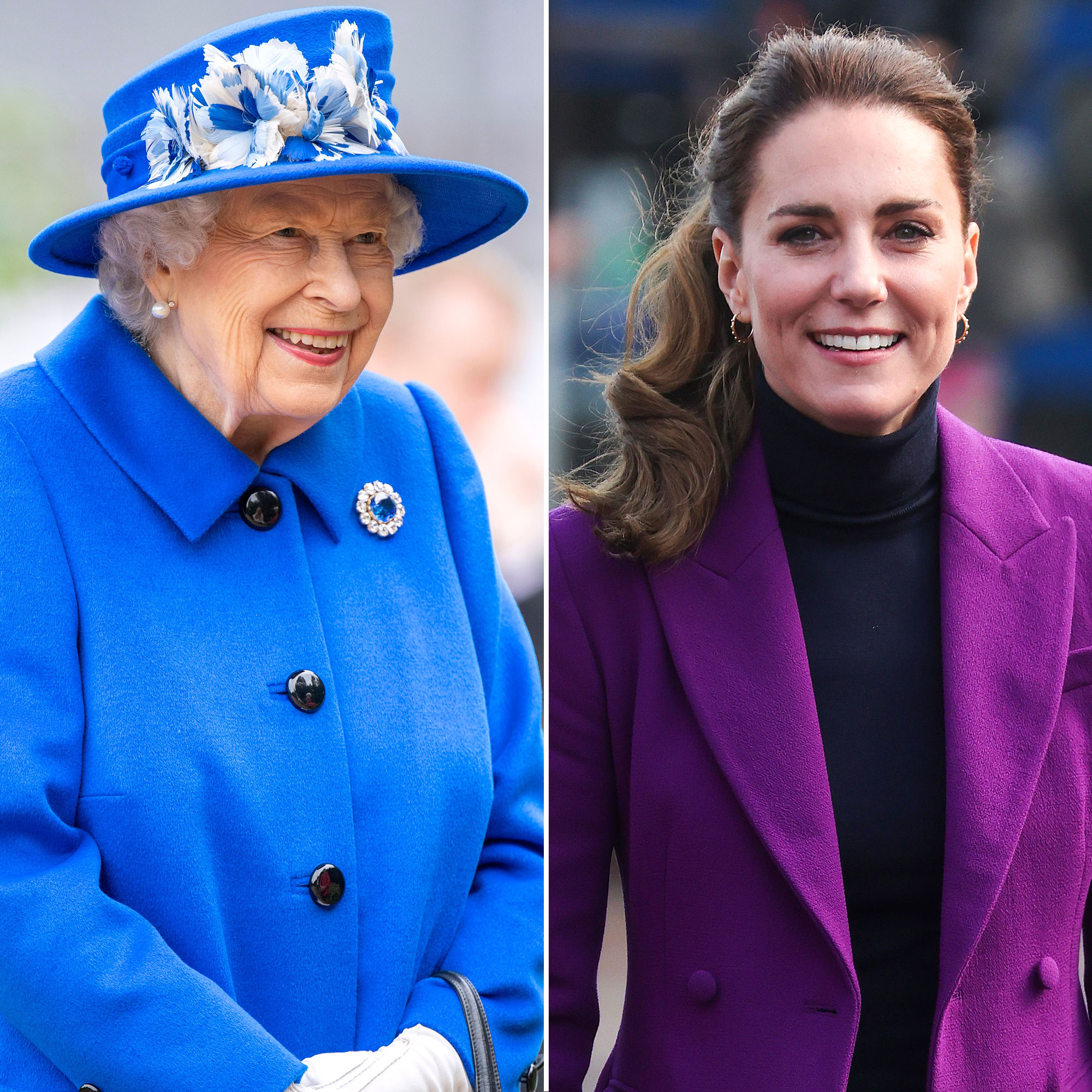 Kate’s self-confidence isn’t the only thing that’s transformed over the past decade. Her bond with the queen, 95, has also made big strides.

“During the early days as a royal, being around Elizabeth made her nervous,” the source says of the University of St Andrews alum. “She was so desperate to impress.”

Duchess Kate Through the Years: From Commoner to Future Queen Consort

William, 39, is second in the line of succession behind his father, Prince Charles. When the Duke of Cambridge ascends to the throne, his wife will be named the queen consort. While the source says Kate “is slightly nervous” about the major responsibility that comes with the title, she’s ready to make her mark.

“She’s always up for a challenge, believes in herself and feels that she has developed the wisdom, courage and strength to be a success,” the insider explains, adding that both Kate and William have been in contact with Elizabeth about their future roles. “The queen feels confident that they cross all the boxes to rule.”

The royal couple have also been taking small steps to guide their three children — Prince George, 8, Princess Charlotte, 6, and Prince Louis, 3 — toward being more involved in the day-to-day of royal life. With their eldest son following in William’s footsteps someday, the pair are trying to keep their concerns at bay.

So Sweet! Duchess Kate and Queen Elizabeth II’s Bond Through the Years

“Of course, William and Kate are nervous about what the future holds for George,” a source previously told Us in July, adding that the parents are “cautious” about putting their kids directly in the spotlight.

With big changes within the royal family’s structure — including the loss of Prince Philip and the departures of Prince Harry and Meghan Markle — the queen sees Kate as “a safe pair of hands,” according to expert Joe Little.

“The queen has great trust in Kate,” the Majesty Magazine editor exclusively told Us last month. “Kate has found her own niche within the royal family.”