Bowing out. Regé-Jean Page decided to leave the Bridgerton group chat behind after announcing his exit from the Netflix series earlier this year.

“I’m no longer in it,” the British heartthrob, 31, told GQ in an interview published earlier this month. “I respectfully exited. I didn’t want to put them in an awkward situation where they had to kick me out.”

According to Page, the show’s “universe has expanded” enough that his presence in the WhatsApp message won’t be missed too much.

The For the People alum revealed in April that he wouldn’t be returning for season 2 of the steamy series, which hit Netflix in December 2020. Soon after his exit made headlines, The Hollywood Reporter noted that the actor declined $50,000 per episode to reprise his role as Simon Basset, the Duke of Hastings. 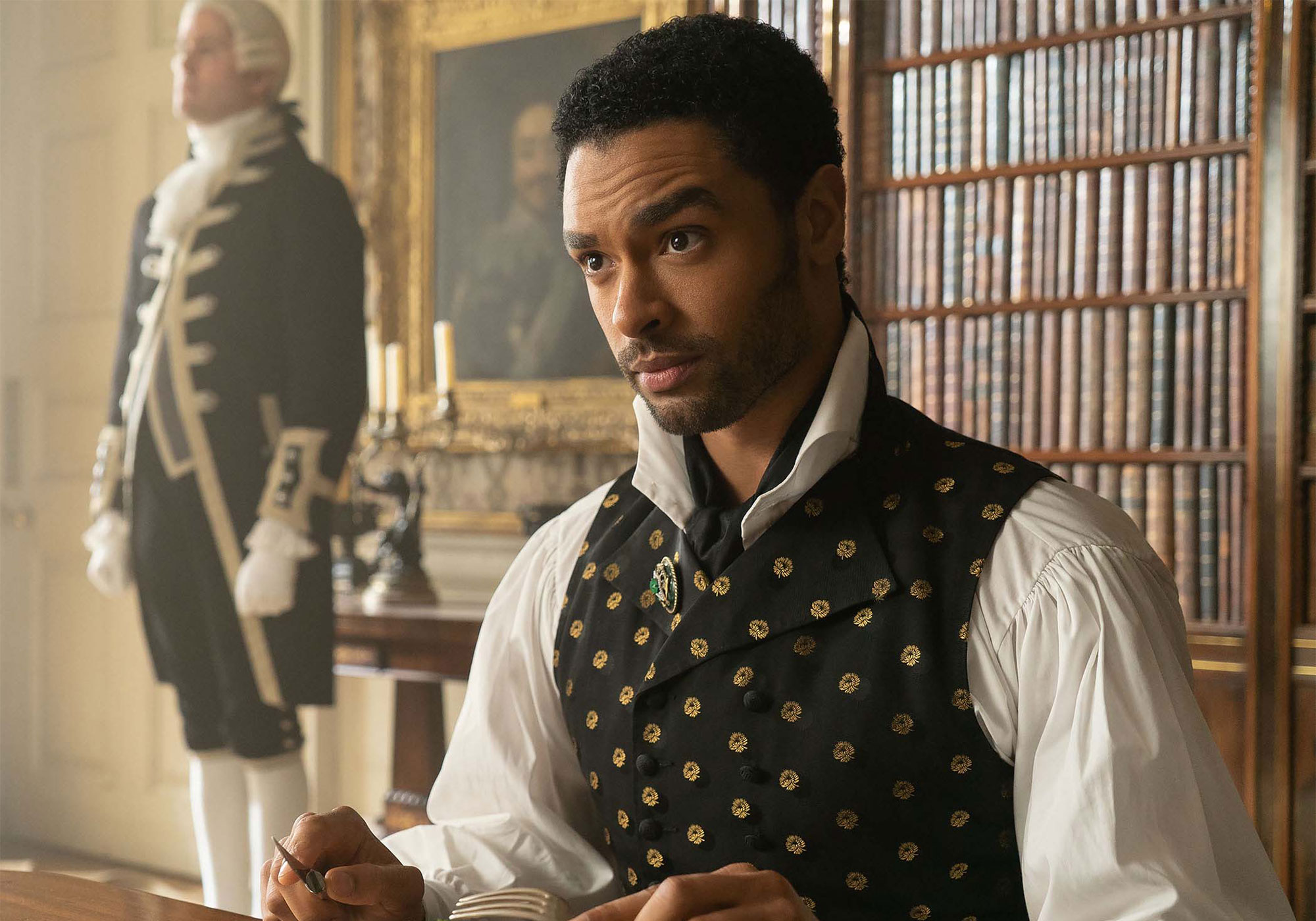 Page later went into more detail about his decision to leave the Bridgerton world behind, telling Variety in April that he didn’t expect to stay on the show forever.

“It’s a one-season arc. It’s going to have a beginning, middle, end — give us a year,” he said of his early conversations with producers. “[I thought] ‘That’s interesting,’ because then it felt like a limited series. I get to come in, I get to contribute my bit, and then the Bridgerton family rolls on.”

He noted at the time that he had “nothing but excitement” for the second season, which was recently forced to put a pause on production in the U.K. due to a positive COVID-19 test on set.

‘Bridgerton’ Season 2: Everything to Know So Far

While the duke won’t be featured in the upcoming episodes, Phoebe Dynevor will be back as Daphne Bridgerton. One month after her onscreen love interest announced his departure, she revealed she had “a bit of a heads up” about the major change.

“The show centers around the Bridgertons, and there are eight books. And I think maybe the fans of the books were more aware of that happening than the fans of the show,” the Younger alum, 26, said on the “Variety Awards Circuit” podcast in May. “Because I think the fans of the books know that every episode is about a different sibling. And we’re very much passing on the baton to the lovely [Jonathan Bailey], who plays Anthony, and that will be the main storyline of season 2 and the story arc of season 2.”

Promenades! Balls! The Best ‘Bridgerton’ Dresses and Suits From Season 1

Following his exit from the Shondaland hit, Page was nominated for his first-ever Emmy, earning a nod for Outstanding Lead Actor in a Drama Series. While he may not be coming back in a full-time role, he’s continued to play coy about a potential guest appearance.

“You know I couldn’t tell you!” he told GQ. “Isn’t there something wonderful about being surprised by what you weren’t suspecting?”