Record number of homebuyers moving away from expensive coastal cities

A record number of Americans are still looking to relocate away from expensive metro areas even as restrictions around the country continue to ease, according to real estate brokerage Redfin.

About 31.2% of Redfin users nationwide searched for different metro areas in January and February, an increase from about 26.1% during the same time period in 2020, according to a recent report from the brokerage.

Although the number of users looking to relocate has steadily increased since the pandemic gripped the nation, the past two months have hit a new record.

In fact, 31.2% is the highest share of users looking to relocate since 2017, when Redfin started tracking migration.

This growth, Redfin says, may be a result of working from home which effectively allows a majority of homebuyers to prioritize factors such as affordability and living near family and friends rather than what's closer to their office.

The majority of users were looking to escape from expensive metro areas including New York, San Francisco, Los Angeles, Washington, D.C. and Seattle. However, January and February had the biggest net outflows in those areas, which is a measure of how many more Redfin.com home searchers looked to leave a metro than move in.

More specifically, the net outflow of users from New York, San Francisco and Los Angeles "increased significantly" compared to a year ago, according to the report.

Rather than footing the bill for these traditionally expensive locations, users are looking for more affordable housing options close by. 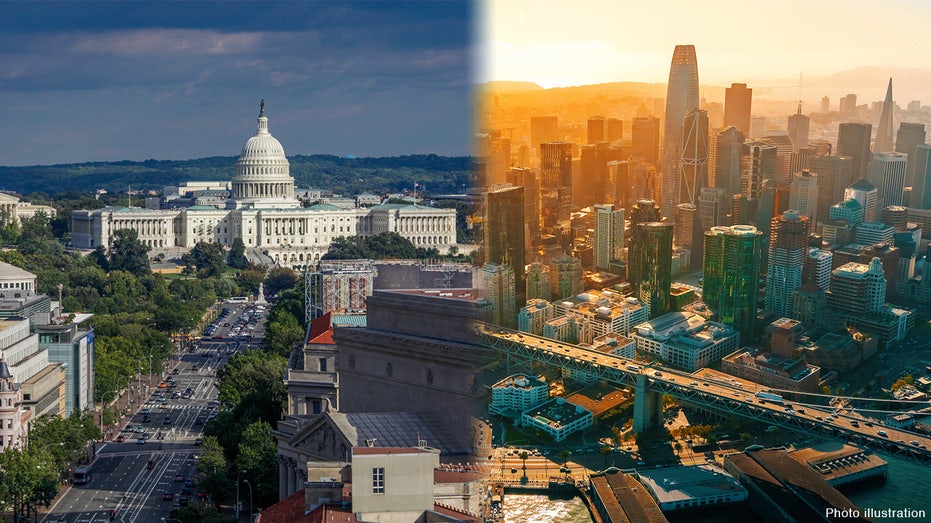 The majority of users were looking to escape from expensive metro areas like Washington, D.C. and San Fransisco, according to Redfin. (iStock)

The numbers have increased despite vaccines being rolled out across the county and local governments begin to ease restrictions and reopen the economy.

Redfin Chief Economist Daryl Fairweather said this indicates "that the rise in moving from one part of the country to another is likely to outlast the pandemic."

For some the move may be temporary as offices begin to reopen to some degree or go back to living alone rather than with their family, according to Fairweather.

However, "for many Americans one long-lasting effect of the pandemic and remote work is the freedom to live where they want to live," he said.