The huge level of debt taken on by home buyers through the COVID pandemic will stop the Reserve Bank from driving up interest rates with experts warning even a small lift in borrowing costs could drive the country back into recession.

But savers are likely to be left short-changed for years and the RBA will face challenges dealing with any future economic downturn as home buyers deal with a $130 billion increase in extra mortgage lending taken up during the pandemic. 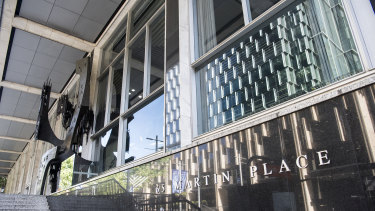 The Reserve Bank this week ended one of the measures it had put in place to protect the economy from the fallout of the coronavirus recession while holding the official cash rate at 0.1 per cent and continuing a $4 billion-a-week program of government bond buying until mid-February.

Bank governor Philip Lowe, rejecting market expectations of a rate rise next year, said any increase in lending rates would pack more punch because of the level of debt now carried by most Australians.

“The fact that debt levels are quite high at the moment means that interest rate increases will be quite effective,” he said in a press conference on Tuesday.

AMP Capital chief economist Shane Oliver said the governor was right to push back on a full percentage point increase in interest rates over the next 12 months, saying markets were only expecting half that in the US where both inflation and wages growth was much faster than Australia.

He said the large amount carried by Australians meant the RBA could only incrementally increase interest rates.

“If the Reserve Bank increased interest rates by 100 basis points in a year, it would drive the country back into recession,” he said.

“You might get 100 points over a couple of years, but it would require the economy to be growing much faster, inflation to be much higher and wages growth very much higher than it is now.”

Dr Oliver said given the level of debt carried by households, even a small increase in interest rates would mean they would have much less to spend, which in turn would lead to slower economic growth and employment.

Financial markets have priced in the official cash rate to climb by a full percentage point by the end of next year.

The value of mortgages held by Australia’s banks has soared through COVID, lifting by $132 billion to $1.2 trillion. They also hold another $650 billion in investor mortgages. 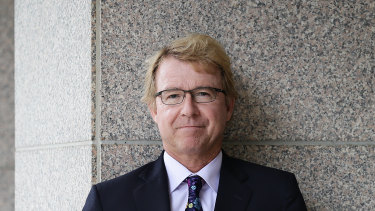 Senior Australia economist for Capital Economics, Marcel Thieliant, said even a 0.75 percentage point increase in interest rates would drive up the share of a home buyer’s income to pay their mortgage to 10-year highs.

“In that scenario, house prices would need to fall by 12 per cent for affordability to return to its long-term average,” he said.

“But if the RBA hiked rates by a larger 200 basis points instead, housing would become the most unaffordable since the global financial crisis and a much larger 21 per cent correction in prices would be required to return affordability to its long-run average.”

EY chief economist Jo Masters said interest rates had most likely taken a structural step down because of the pandemic.

She said this would cause challenges for both the Reserve Bank and the federal government.

“It means that monetary policy will be constrained by the zero lower bound more frequently going forward, and therefore need to utilise unconventional policy tools more often,” she said.

“By implication, fiscal policy will need to play a larger role in managing the economic cycle.”