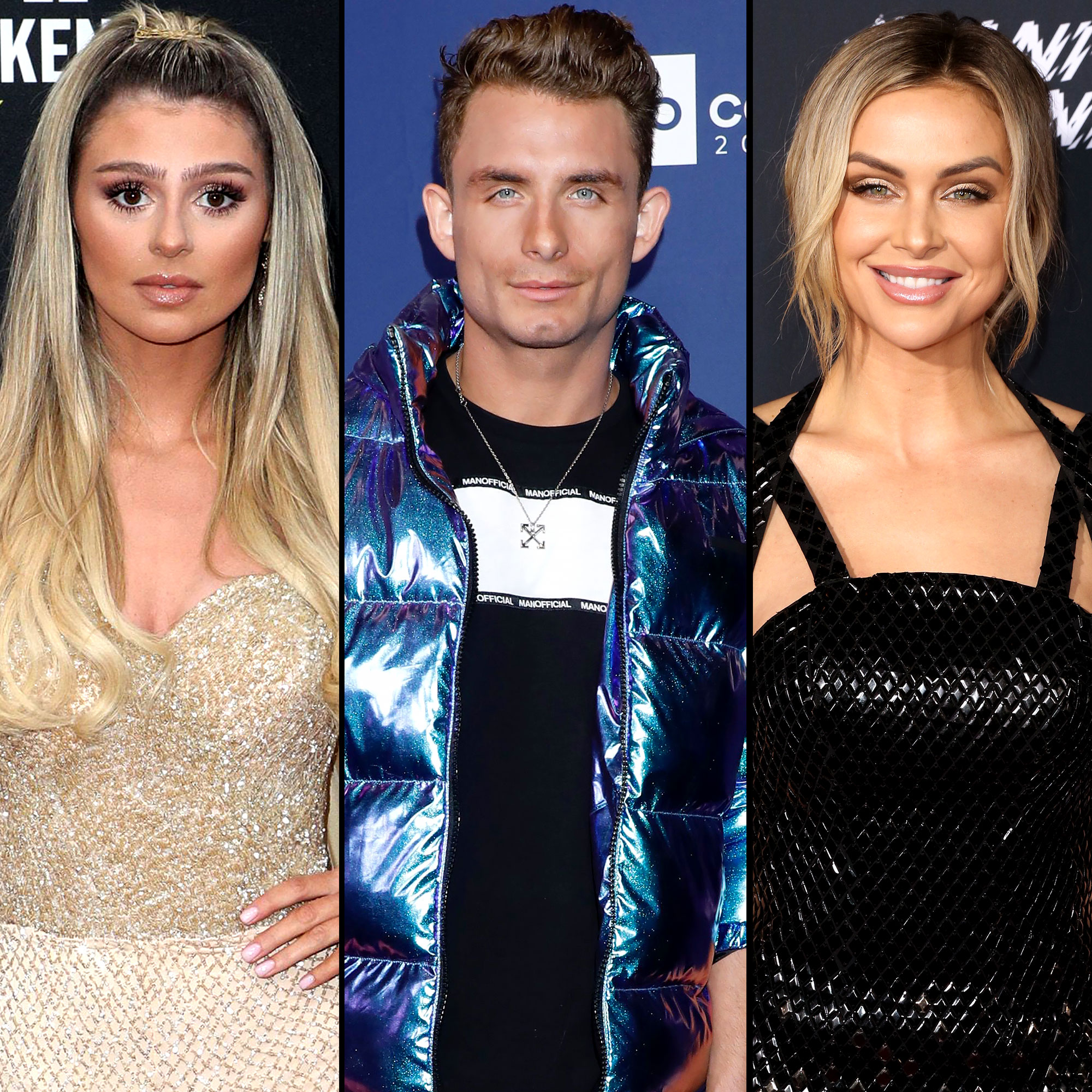 Giving her blessing? Not quite. Following James Kennedy‘s revelation that a romantic reconciliation with Lala Kent isn’t out of the question, Raquel Leviss had a few choice words for her ex-fiancé.

‘Vanderpump Rules’ Season 9 Signs That Raquel, James Were Headed for a Split

“I mean, good luck to them,” Leviss, 27, told photographers on Wednesday, January 12, after hearing about the “interesting” comments that Kennedy, 29, made during a joint interview with Kent, 31, earlier this week.

The California native noted that she was “hanging in there” after ending her engagement to DJ following five years of dating, adding, “I’m just surrounding myself with friends and loved ones. I would say Scheana [Shay]‘s been there the most for me. She offered up her apartment for me to live in temporarily while she’s down in San Diego.”

The pair shocked Vanderpump Rules viewers when they announced their decision to go their separate ways after filming wrapped on the season 9 reunion.

“After these 5 wonderful years we had together, we decided we have two different goals and made the decision to call off the engagement,” they wrote in a joint statement in November 2021. “We love each other very much, but we aren’t in love anymore. We want nothing but the best for each other so please keep any thoughts positive. Sending Love.”

During an appearance on Watch What Happens Live With Andy Cohen on Tuesday, January 11, the U.K. native opened up about how they have continued to stay on good terms.

“We are talking on the phone still. Raquel and I still remained friends after the breakup,” he explained, adding that they plan to see one another soon.

When host Andy Cohen asked Kennedy and Kent whether they would consider dating one another again, the Give Them Lala author replied, “Oh, my gosh. I mean, I don’t think James Kennedy is ready to be like a stepdad. So much has changed since we got together. But he is like one of my best friends.”

Kennedy, for his part, added, “We have both done so much growing up — I would love to just continue this beautiful friendship that we do have. Look, I never say never to anything nowadays honestly [after] everything that I have been through.”

Kent, who shares 9-month-old daughter Ocean with ex Randall Emmett, also recalled her initial reaction when Kennedy and Leviss told the cast about their split.

“I was very shocked by their breakup. I really thought they were going to get married and have kids and be together forever,” the beauty mogul, who had a brief fling with Kennedy during season 4, shared. “Even though I thought James was a huge personality, it is hard to play keep up with someone like James, so that always worried me. But I definitely thought that they would make it.”

Since the breakup, Leviss has been candid about the issues that led to her hard decision to end their relationship.

“There wasn’t one thing exactly [that led to the split],” the model detailed on the “Scheananigans” podcast on Friday, January 7. “James has always felt like my parents haven’t embraced him into the family the way that he wanted to be. I found myself making excuses for him [after an argument he had with my dad]. It was getting to the point where my family and him were not meshing well.”

At the time, Leviss noted that Kennedy reacted surprisingly well when she wanted to end things.

“He was calm. He was listening to me. I was preparing for the worst, and it was the best possible outcome, I guess, that it could have been,” she recalled. “Because he really did listen to me and was understanding of where I was coming from. He respected my decision. He was like, ‘If your heart isn’t in it anymore then I understand. we need to go our separate ways.’”