Rafael Nadal is skipping the US Open, which begins August 31, due to the pandemic. He still plans to play in the French Open in September, Forbes reports.

Informally known as the King of Clay, Nadal has 84 career single titles under his belt. With $3.8 million in prize winnings from the 2019 US Open, Nadal has more than $11 million total prize winnings in 2019 alone.

But those are only a fraction of his career earnings.

Nadal's career winnings are $120.6 million, Business Insider reported in February. And that's not to mention what he earns from his multiple endorsements, from Nike to Kia. It's easy to see how he's become one of the richest tennis players of all time.

Nadal has a history of spending his hard-earned money a little lavishly, from buying a six-figure watch to purchasing a second home in the Dominican Republic. However, he's also put his money toward philanthropic efforts, tennis centers, and property investments.

From his vacations to his cars, see how Nadal spends his millions.

Rafael Nadal is one of the top five highest-paid tennis players of all time. Throughout his career, Nadal has won more than $120 million in prize money for singles and doubles combined. 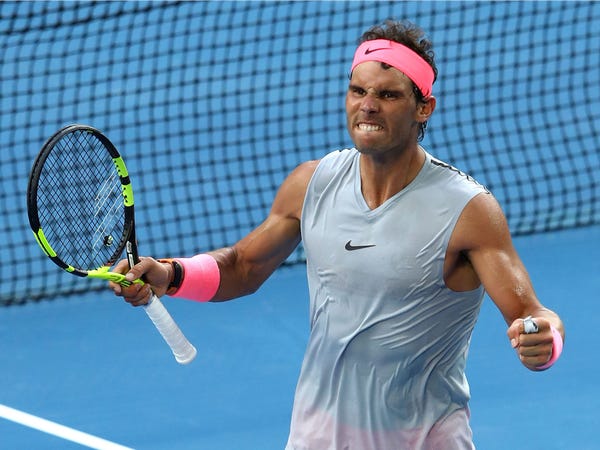 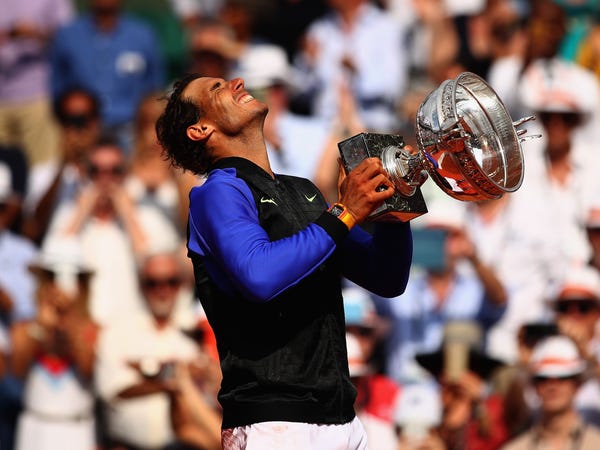 And he earned $2.6 million winning his 12th French Open title in 2019, his third consecutive year winning the French Open. 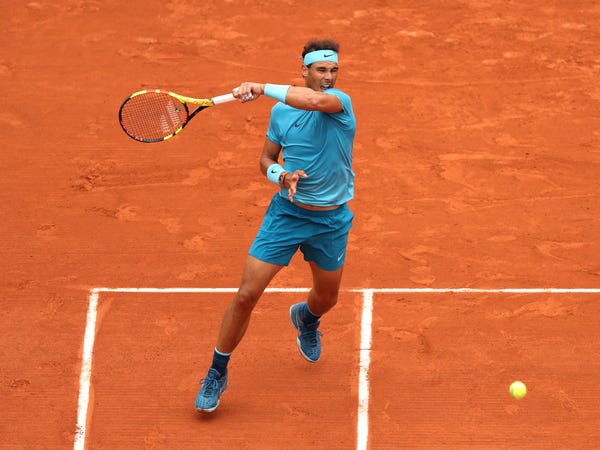 He also won the Canadian Open, earning just over $1 million. That brings his 2019 career winnings up to more than $11 million. 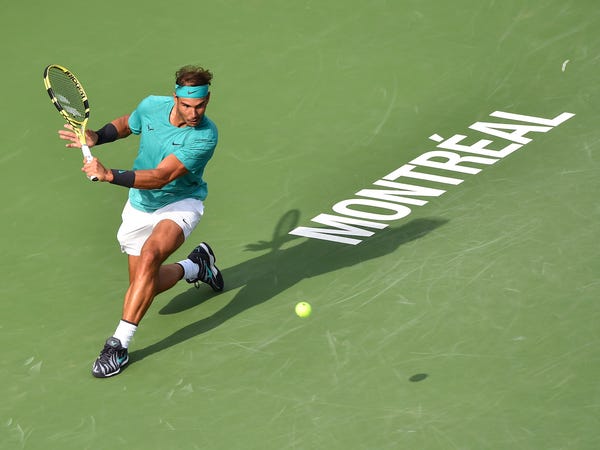 But Nadal doesn't just earn his money by bringing his A-game to the court — he also earned $26 million in endorsements in 2017. He's endorsed by Babolat, Nike, and Tommy Hilfiger, with whom he has a $3 million to $4 million deal. 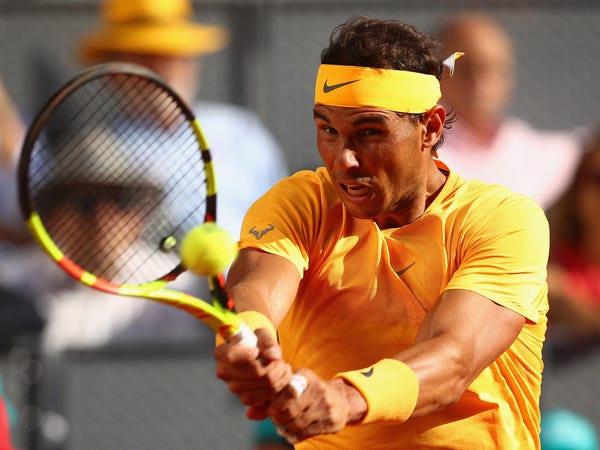 Nadal is also a global ambassador for Kia. They gifted him a Kia Stinger GT, starting at $31,900, which he can use at his leisure. 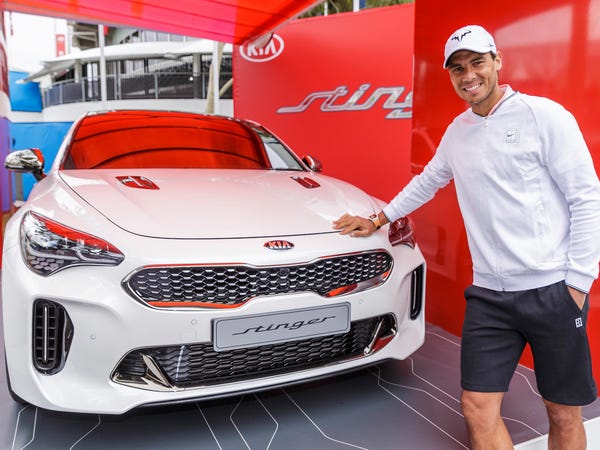 Nadal is known to spend his money lavishly. He played the 2018 French Open wearing a limited edition Richard Mille watch valued at $725,000. 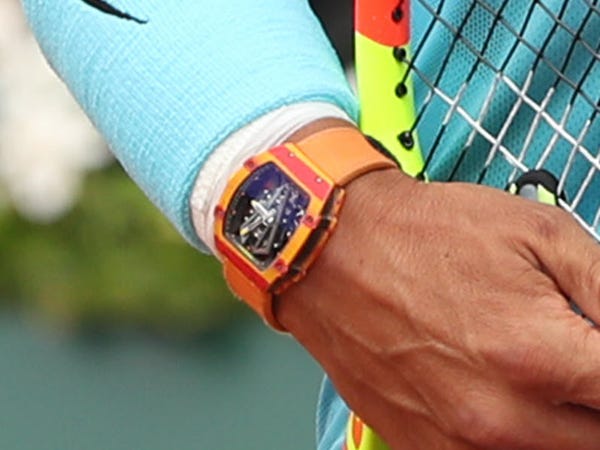 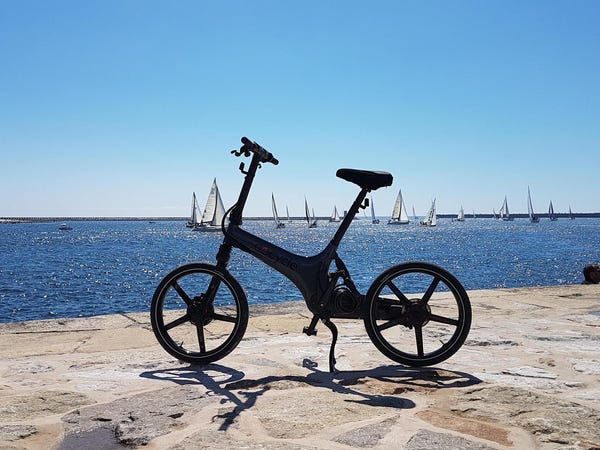 When he doesn't feel like getting around on two wheels, Nadal has plenty of sets of four wheels to choose from. He reportedly owns an Aston Martin DBS and a Mercedes-Benz SL55, both of which cost up to six figures. 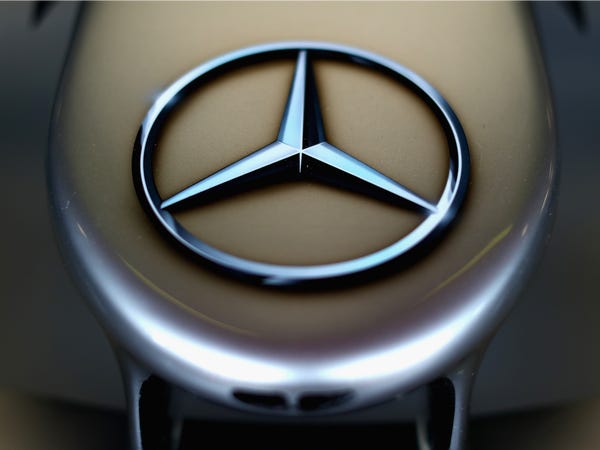 But Nadal also travels by sea. In 2019, he put his 76-foot yacht Beethoven up for sale for $3 million and commissioned an 80-foot Sunreef catamaran for an unknown price. A similar model is listed for sale at $6.75 million. 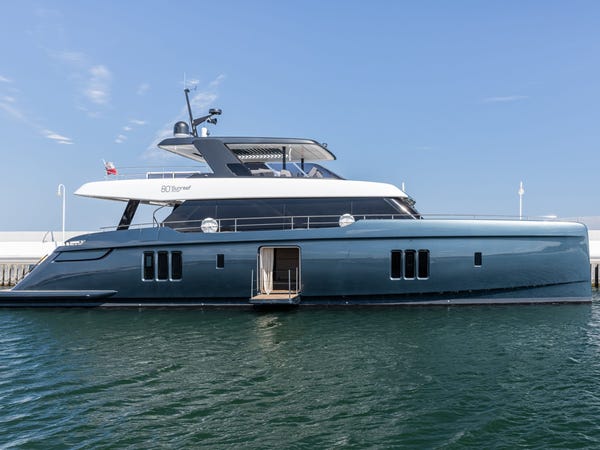 Like his means of transportation, Nadal also has multiple homes. He has a home in Mallorca, Spain, where he's from, worth at least $1.5 million. 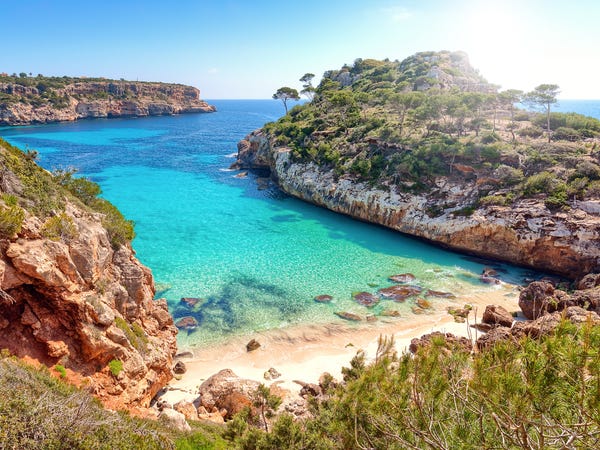 He also has a home in the Dominican Republic, where he purchased a luxury villa for $2 million. 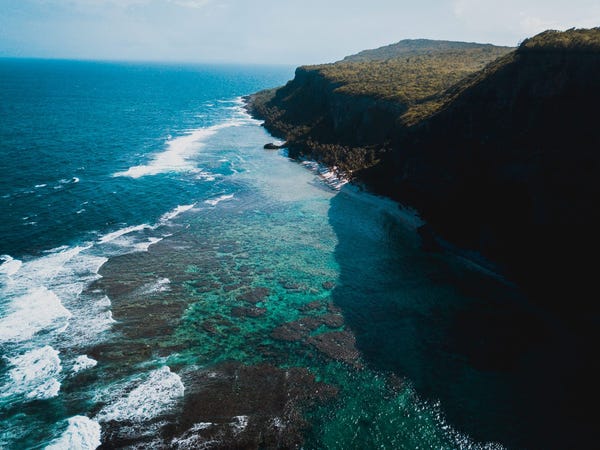 When he's not home or busy winning titles, Nadal has been spotted vacationing everywhere from Italy and Mauritius to Mexico, where five-star accommodations can range from $800 to $1,500 for a weekend. 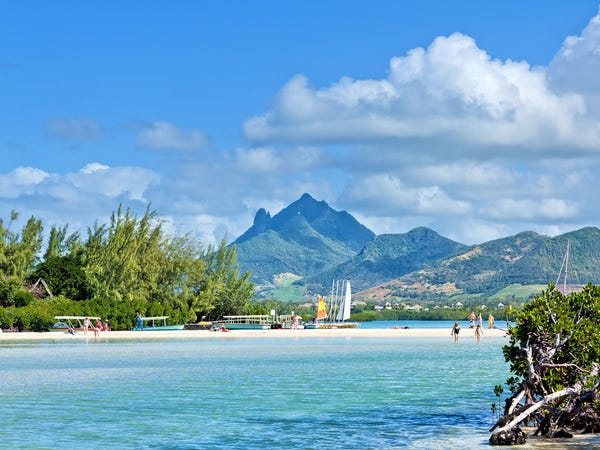 He was also spotted with his girlfriend in Ibiza, aboard his old yacht, in 2016. 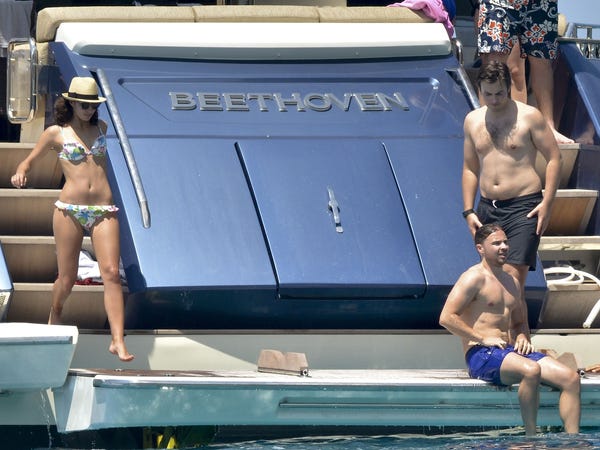 But Nadal doesn't just spend his money on himself. In 2008, he started the Fundación Rafa Nadal. Run by his mother, the organization helps disadvantaged kids. 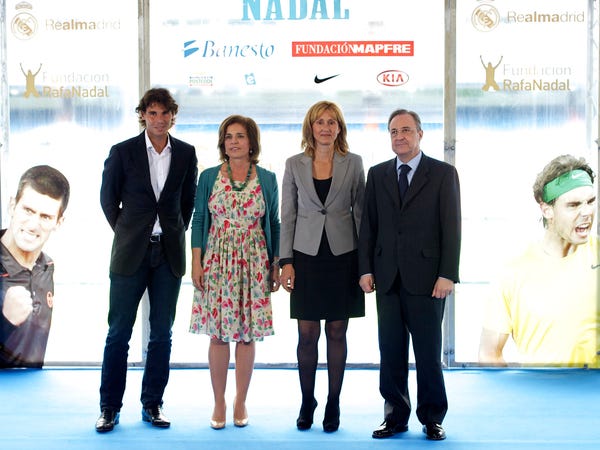 He also opened the Rafa Nadal Academy by Movistar in Mallorca. The 24,000 square-foot space cost $25 million — Nadal covered 5% of the costs. Kids can attend the tennis academy for $62,000 a year. 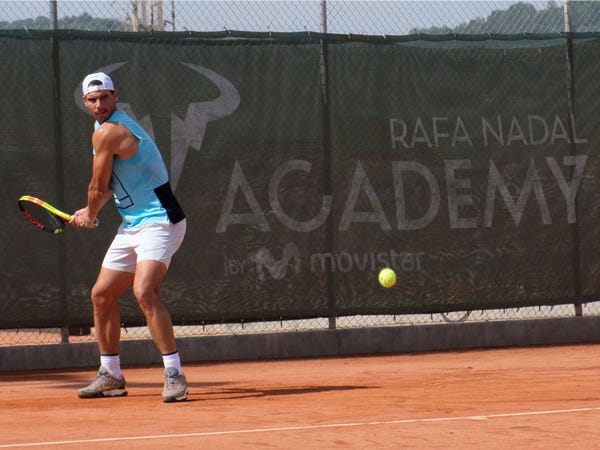 Nadal teamed up with Telefónica Open Future to call on technology startups for sport and wellness products or solutions that improved the performance of the Rafa Nadal Academy. Selected startups were chosen for an investment of up to roughly $160,000. 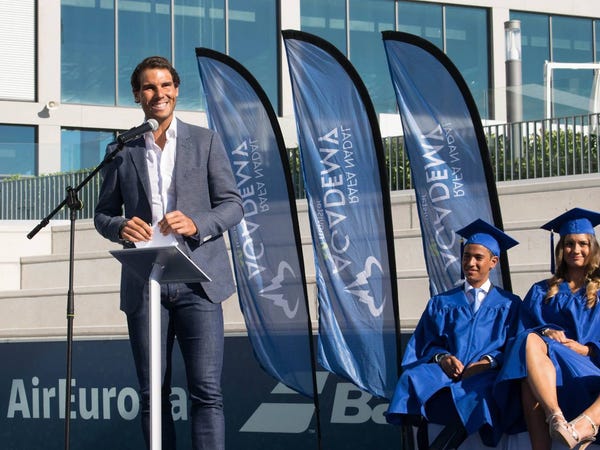 But Nadal's investments don't stop there. In 2016, he opened Spanish restaurant TATEL, located inside the Ritz-Carlton South Beach, with Enrique Iglesias and the San Antonio Spurs' Pau Gasol. 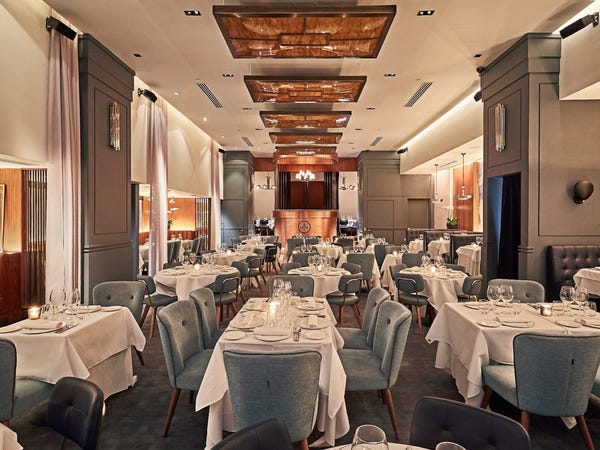 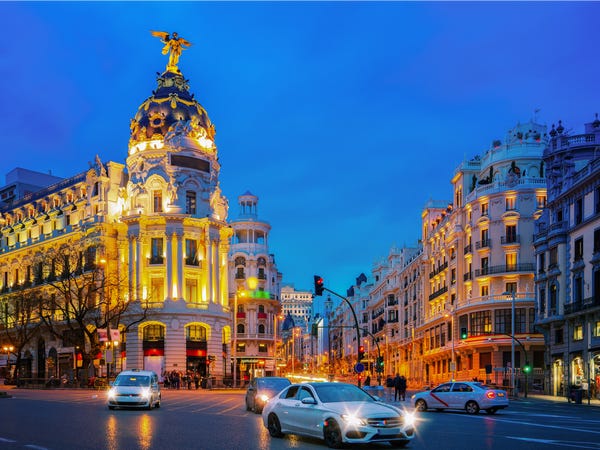 Nadal is set to open a chain of tennis centers at vacation resorts around the world. The first Rafa Nadal Tennis Centre will opened in late 2018 at Costa Mujeres, Mexico. 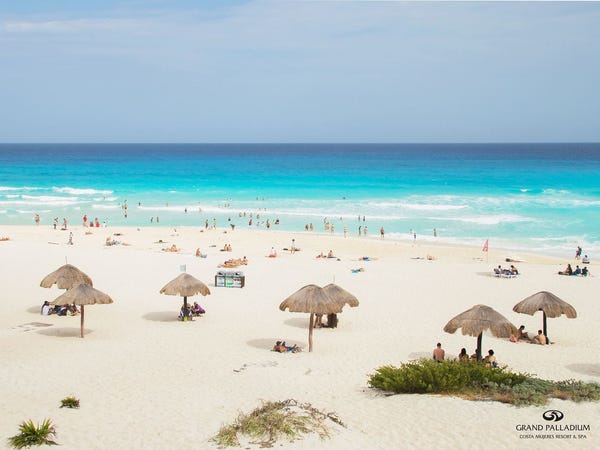