Prostitute who was trafficked to UK from Brazil reveals how she worked 16-hour days having sex for £20 an hour, feared being robbed at knifepoint and was raped by a man who had HIV

A prostitute who was trafficked to the UK from Brazil has told of the horrors she faced while working in brothels across the country.

Sex worker Sylvia was flown to Britain in search of a better life after being offered a flight by a female pimp she had met online, but soon became the victim of a violent human trafficking network.

Appearing in Channel 4 documentary Taken: Hunting the Sex Traffickers, Sylvia said she was working 16 or 17 hours a day, seven days a week and being forced to have sex for as little as £20.

Sylvia, who has now escaped to Brazil after seven years in the clutches of the network, said women were often robbed at knifepoint but were too scared to call the police, and recalled the horrific memory of being raped by a man who was HIV positive. 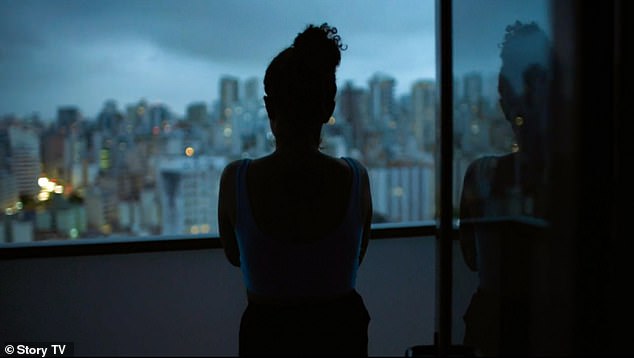 A prostitute who was trafficked to the UK from Brazil has told of the horrors she faced while working in brothels across the country on Channel 4 documentary Taken: Hunting the Sex Traffickers

‘There were a lot of customers and of course you hurt because if you have ten customers in a day you will be hurt and it happens almost all the time’, said Sylvia.

‘I used to work in these houses, they pay like £20 to have sex with someone for 15 minutes, it’s crazy, it’s unbelievable…You will suffer for the money.’

She recalled the constant fear of being robbed, and having to take medication reduce the risk of HIV infection after she was raped by a man who paid for 15 minutes worth of sex.

‘In London when I started to work I heard from many, many girls that they were in houses these guys just came and robbed them they had knives, there were like five or six guys. 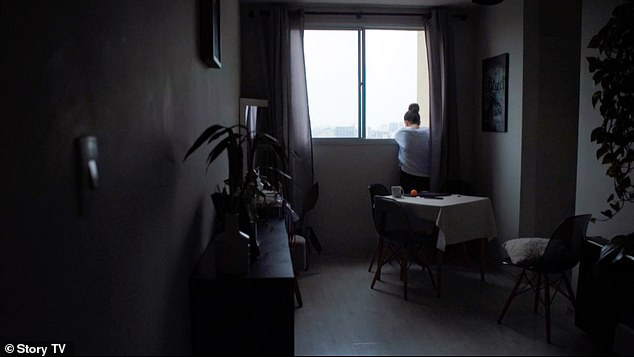 Sex worker Sylvia was flew to Britain in search of a better life after being offered a flight by a female friend, but soon became the victim of a violent human trafficking network. She has now escaped to Brazil after seven years in the clutches of the network

‘One time I was in Oxford working and some random guy called me. He just paid for 15 minutes and he just took the condom off and he raped me. He left and he was sending me texts like ‘Oh I have HIV’. He was saying horrible things to me in the texts.’

Speaking of the medication she took to reduce the risk of infection, Sylvia added: ‘I was taking this it makes me feel really sad. Because I wanted to forget but I couldn’t’.

How many victims of modern slavery remain in Britain today?

The number of suspected modern slavery victims in the UK hit a record of more than 10,000 in April 2020.

Some 10,627 potential victims of trafficking, slavery and forced labour were identified in 2019 compared with 6,986 in 2018, the Home Office data found.

The figures have been rising each year and are now the highest in a decade, after 546 were recorded in 2009.

The data looked at the number of potential victims of modern slavery who were identified and referred for support under the National Referral Mechanism (NRM).

The ‘upward trend in referrals’ is thought to be ‘partly as a result of increased awareness of modern slavery and the NRM process’, the Home Office report said.

A third were women or girls (3,391), who were most commonly referred for sexual exploitation.

Some 43 per cent of referrals (4,550) were for children – where criminal exploitation was the most common form, driven by a rise in the identification of so-called county lines drugs gangs.

According to the figures, 27 per cent of people referred were UK nationals (2,836) with Albanians (1,705) and Vietnamese (887) being the second and third most common nationalities.

‘All of them arrived on tourist Visas so they don’t have the right to work here, they don’t have work permits. ‘One of the girls met a pimp online who said get she would get a plane ticket to the UK, she did.

‘She met the pimp’s driver at the airport that drove her to the brothel in Maidenhead and she was worked in about three or four brothels, where in text messages she said ‘I am being worked like a slave’.

Sylvia said men create a ‘stereotype’ of Brazilian woman as ‘amazing and sexy’ and says that she struggled to leave sex work because she became ‘dependant’ on the money she was receiving.

‘My dream is to just go somewhere totally different and there you will work and have lots of money and you can live a perfect life and you can do things you could never before. Just leave this place and have a better life.

‘You create a dependence with this money, and it’s really hard to get out because it seems like you don’t know how to do anything else. My mum was like ‘You don’t need to go [to the UK], you can stay here’. But she couldn’t help. It just seems so hard you know?’

Shedding light on why it’s so difficult for trafficked women women to escape their captors, D.S Scanlon said:  ‘Trafficking is about criminals looking for people who are vulnerable and then looking to move them somewhere by telling them life is going to be better if you come with us.

‘That vulnerability they’re looking for, it can take many forms. It can be that conditions are so appealing where they are.

‘For example if they’re doing sex work on a street in Brazil, then they are happy to come and do sex work in a relatively controlled environment in the UK, that doesn’t mean they’re not exploited and that doesn’t mean bad things won’t happen to them here’.

The documentary details the South West Regional Organised Crime Unit (ROCU) investigation into Mark Viner who last year was jailed for more than five years for trafficking women from Brazil to the UK to work in a brothel.

D.S Scanlon said: ‘The people we’re looking at here, you wouldn’t look at them in the street and say they’re a member of the OCG, they’re traffickers….He lives around the world, he lives an expensive lifestyle, he’s got hardly any legitimate income.’

The first episode begins with a covert police unit being given an anonymous tip off accusing Viner and his partner Lezlie Davies of leading the organised crime group behind the trafficking.

Using large-scale surveillance teams and undercover officers the police gather evidence on Viner, Davies and associate Rosana Gomes, by watching their every move.

The brothel operated out of a penthouse in Cheltenham where the trafficked women would be given profiles, which needed to be authenticated with a picture of the woman holding a copy of the day’s paper at an identifiable location. 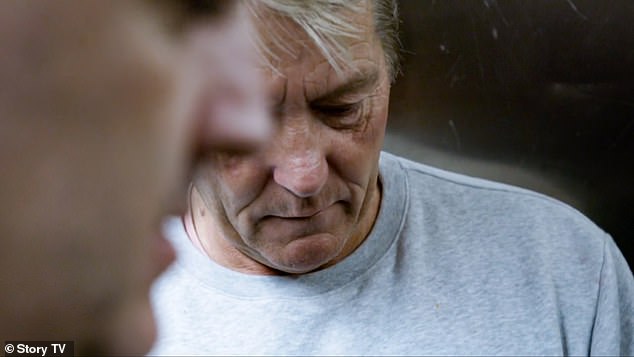 In June last year Viner (pictured) admitted to two counts of human trafficking and one count of keeping a brothel. He was sentenced to five years behind bars

Footage showed Viner photographing two women next to a post pox holding a copy of a newspaper before returning to the house.

Their surveillance also revealed Viner was travelling to and from the UK frequently and was raking in as much as £4,000 a week with ‘hardly any legitimate income’.

Further investigations into his finances revealed that daily deposits of between £50 and £100 were being made from various South American women and that the criminal was making as much as £1.2 million a year.

In June last year Viner admitted to two counts of human trafficking and one count of keeping a brothel. He was sentenced to five years behind bars.