Prince Charles: 'No one better placed to be King' says expert

Prince Charles, 72, and Camilla, Duchess of Cornwall are celebrating their 16th wedding anniversary on Friday. The future king and consort had a rocky start to their relationship after their affair was made public during Charles’s first marriage to Princess Diana. Nonetheless, in recent years public favour towards the couple has increased and pictures of them together often show them beaming in one another’s company.

Body language expert and author Judi James has examined five photos of Charles and Camilla together over the years and shared her insights.

From their royal wedding day to their recent trip to Greece, Express.co.uk has rounded up five photos that summarise Camilla and Charles bond.

In response to a picture of Charles and Camilla on their wedding day, Judi said: “There was a sense of cosy affection and love between Charles and the woman who, unlike Diana, he did not have to share with the nation and The Firm.”

“His active gesticulation here puts him in the more dominant role while Camilla’s face-gaze suggests undivided attention and undiluted devotion to her new husband.”

Camilla offered Charles the “maternal, unconditional love” he craved, according to Judi.

The expert added: “Camilla was the wife Charles did not need to share and who appeared to offer him the kind of maternal unconditional, uncritical love that he might have missed out on as a child.” 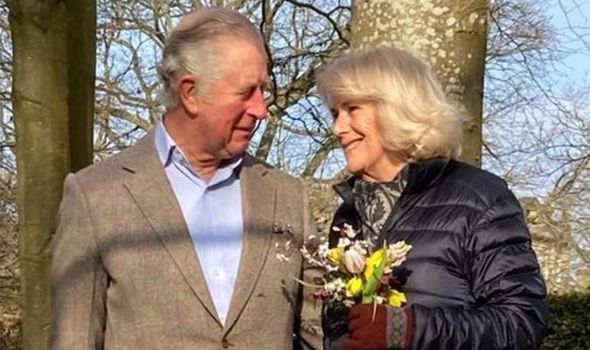 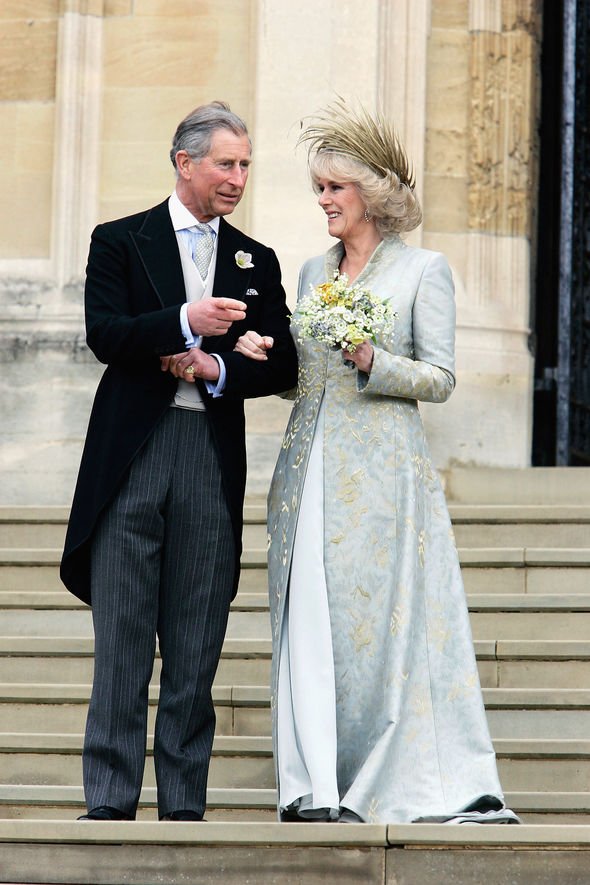 Last month, Camilla and Charles made a two-day trip to Greece at the request of the British Government.

The couple were allowed to override lockdown rules to make the state visit to mark the nation’s independence bicentenary.

Camilla allowed her husband to take the limelight during their latest trip abroad, Judi claimed.

The expert said: “On royal tours, it is clearly Charles who is in the spotlight while Camilla tends to take a small step back to avoid eclipsing her husband. 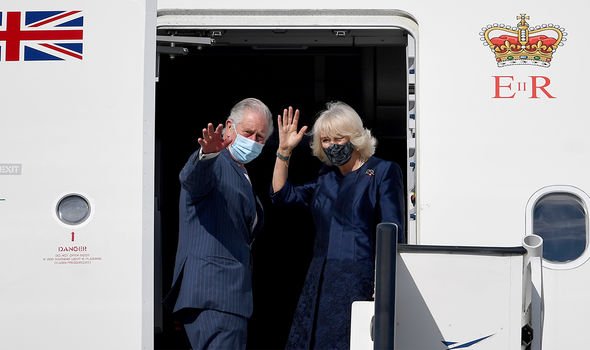 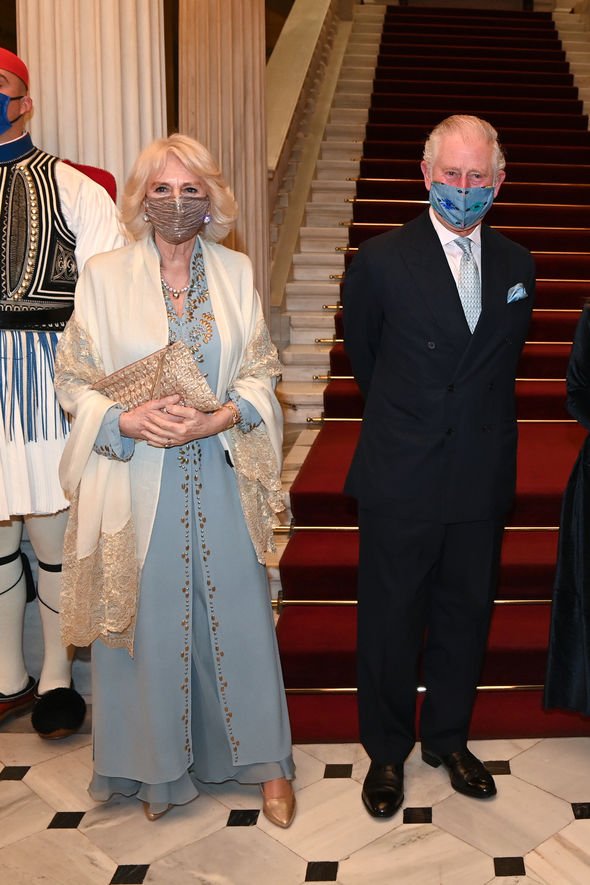 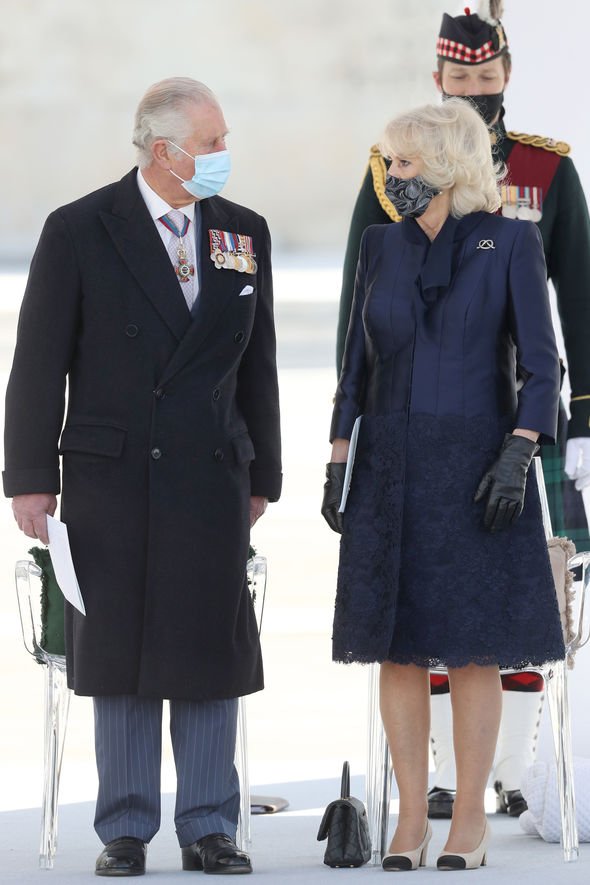 The expert added: “Charles tends to stand alone as future king and top tier royal but with Camilla ever-present to offer non-verbal support.”

By standing back, Camilla shows she is the right “fit” for Charles, Judi said.

The expert added: “Camilla will usually wait for her husband’s cues before moving and walking and this sense of non-verbal shadowing makes for a very congruent-looking relationship and double-act ‘fit’.”

Clarence House shared an adorable new picture of Camilla and Charles at Highgrove to mark the Spring Equinox.

The sweet photo shows them standing under a tree and beaming at one another.

Camilla holds a bunch of flowers in her hand and they are surrounded by crocuses emerging from the ground.

The Clarence House post read: “Wishing you a happy and healthy first day of Spring.

“The Prince of Wales and The Duchess of Cornwall in the garden at Highgrove.” 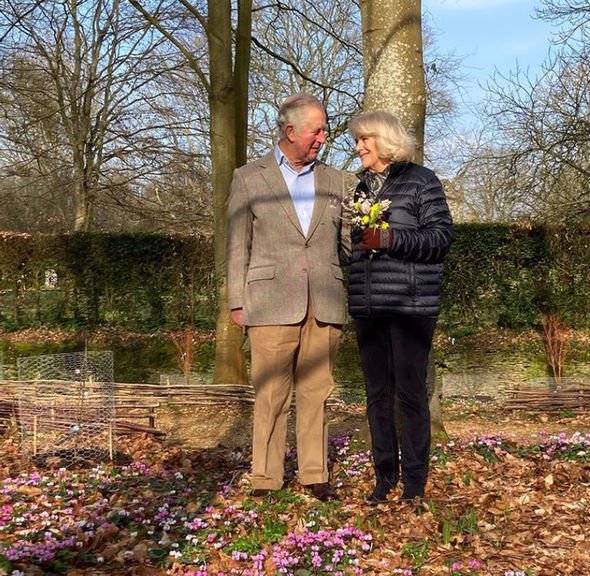 In response to the touching picture, Judi said: “Although Charles tends to keep his PDAs with Camilla to a minimum we do more frequently get treated to this type of ‘off duty’ shot of the pair relaxing together and when we do we can see a glimpse of the more intimately loving relationship behind closed doors. “

According to Judi, Charles sheds some of the “pomposity” he displays during official engagements and shows a more intimate side to his and Camilla’s bond.

Judi added: “With Charles relaxing from his more pompous, formal royal poses he will often adopt something sweetly childlike, like this pose, where he sports a bashful smile and stands with his arms down at his sides, looking at Camilla as though taking his lead from her for a change.”

Camilla responds to Charles’s look with “a doting smile”, according to Judi.

She added: “In response, he gets to bask in this very doting smile and intense eye-attention from Camilla, which is clearly the type of loving support he has been looking for all his life.”