Georgie Harman, who has spent a decade at the coalface of Australia’s mental health crisis, remains optimistic. Change is not going to happen overnight, she says, but she’s hopeful it will happen.

“The last thing we need is another report,” says Harman, the chief executive of the nation’s most well-known and visited mental health support service, Beyond Blue. 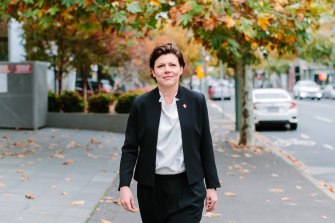 Beyond Blue chief executive Georgie Harman is hopeful the mental health system will be reformed.Credit:Beyond Blue

“There’s only so many ways to tell people the system is broken. We have all the information we need. It’s complex and tough but now we just need to fix it.”

In the coming months, Australia’s leaders – prime ministers, premiers, bureaucrats and mental health experts – will attempt what has been described as the biggest social reform of a generation: overhauling the way Australians suffering from illnesses such as depression, anxiety, suicidal tendencies or substance-use disorders are identified, treated and supported.

The clock is ticking. Prime Minister Scott Morrison has set a deadline for a new national agreement to be ticked off by state and territory leaders by November.

“There’s a lot of goodwill in this area, regardless of the state or individual politics of the government,” says David Coleman, the Assistant Minister to the Prime Minister for Mental Health and Suicide Prevention. “I think there is a general agreement that this is a year of opportunity to make some significant improvements.” 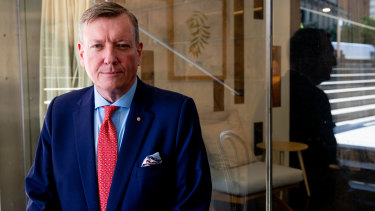 One example is John Brogden, the chairman of Lifeline Australia, a prominent voice in public discussions surrounding mental health and suicide.

The former NSW Liberal leader has shared his own struggles and suicide attempt with policy makers for more than a decade and has called for increased suicide prevention training within the community.

He has also advocated for better support services for those at risk of suicide post-discharge and appropriate facilities and responses for people experiencing suicidal behaviour and presenting to emergency departments.

“We need a whole-of-government, sector and community plan for suicide prevention to move fast towards an Australia free of suicide,” he says.

Harman warns it will be a decade-long process that every stakeholder will need to commit to.

“We are talking about rebuilding the system,” she says. “This can’t be tinkering. And the people who it affects can’t be passengers in the process.”