Popeyes 'Bring Your Own Bun' Gimmick Gets Mixed Results: ‘Not Laughing’ 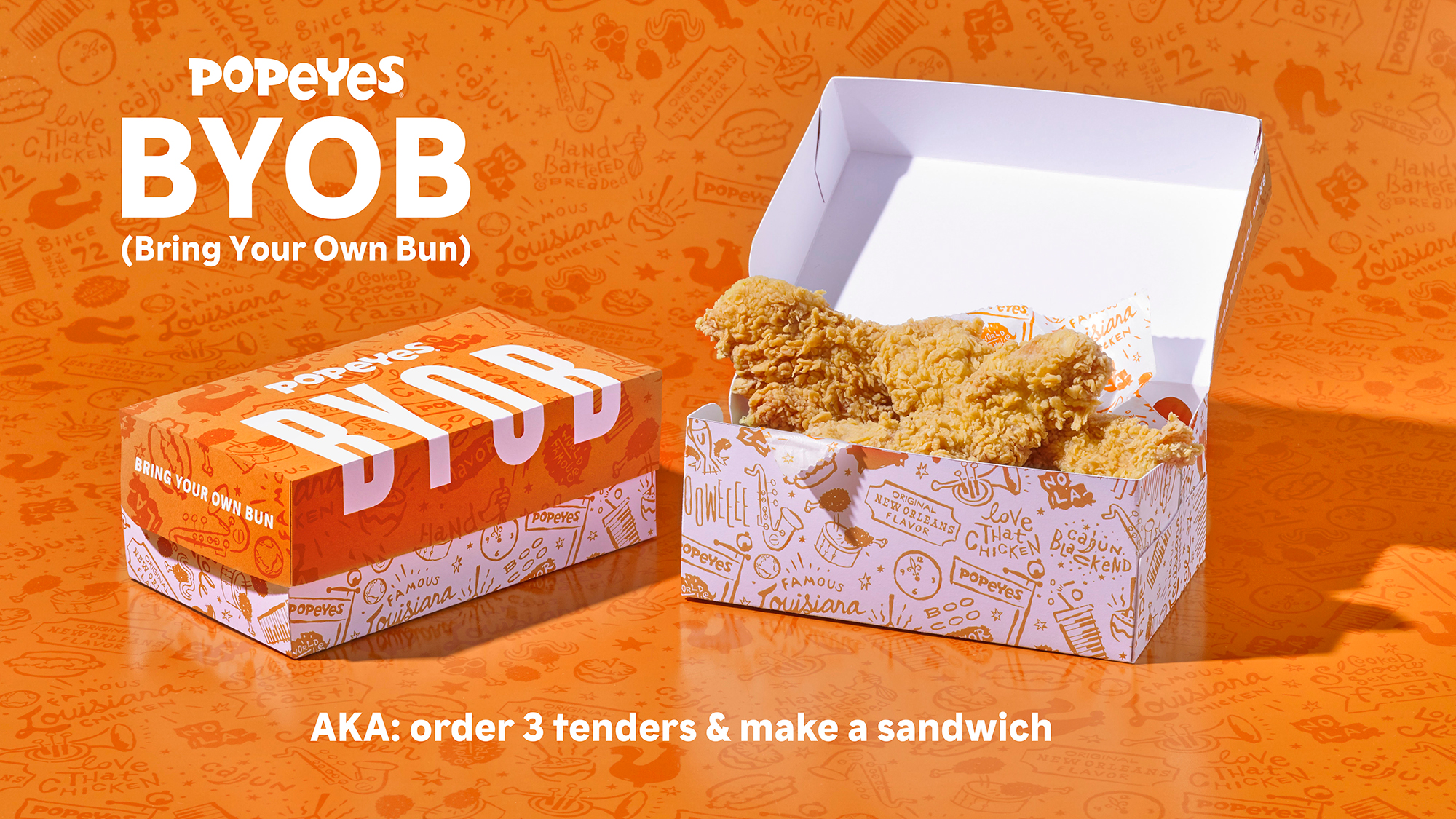 The people want Popeyes’ new chicken sandwich and they want it now!

In an effort to address the demand for its now-sold-out new menu item, the Louisiana-based chain unveiled a “Bring Your Own Bun” (BYOB) initiative on Thursday, September 12. As the gimmick’s name suggests, it involves customers buying some Popeyes chicken and transforming it into a sandwich using a bun they’ve provided themselves.

More specifically, since “Popeyes still has the best fried chicken in the game,” according to a statement from the chain, BYOB allows customers to bring a bun from home and craft a sandwich using an order of the eatery’s three-piece chicken tenders.

As an ad for BYOB puts it, this promo, which is meant to appease customers until the chicken sandwich’s triumphant return, can also be referred to as “a.k.a: order three tenders & make a sandwich.” It’s also being billed as a way for guests to “ease their sorrows and cravings.”

Though it’s pretty clear Popeyes was trying to inject some levity into the sold-out chicken sandwich situation (a handful of the chain’s employees were held at gunpoint in Texas over this in-demand meal), many social media users feel the brand missed the mark here.

“Just bring the damn sandwich,” declared one Twitter user. “This hurt my feelings.” Added another: “We’re not laughing.”

The Popeyes Twitter account responded to that feedback with an honest take, replying: “Can’t blame us for trying? Right?” 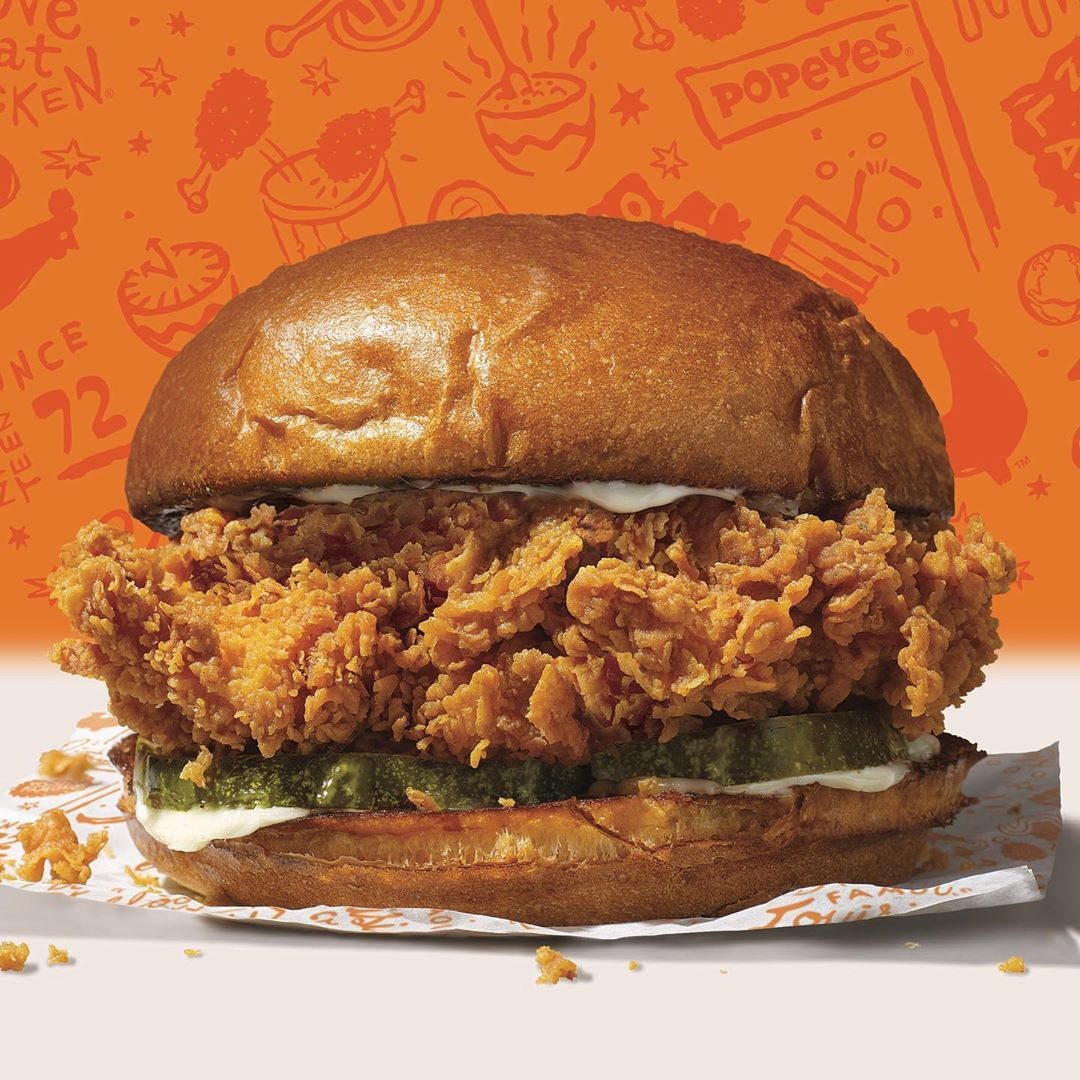 Others took the opportunity to compare Popeyes to some of its biggest competitors, many of whom have teased the chain about its successful chicken sandwich. “Chick-fil-A never runs out of sandwiches,” one Twitter user mused.

Still, not everyone hated the BYOB idea. Some crafted humorous responses, while others began theorizing about what bread would actually go best with a helping of chicken tenders.

Last month, after only about two weeks on the market, Popeyes claimed it had sold out of its chicken sandwich nationwide. “Y’all. We love that you love The Sandwich. Unfortunately we’re sold out (for now),” the chain shared on its Twitter account on August 27.

The new menu item consisted of buttermilk fried chicken topped with pickles and a spicy Cajun spread on a brioche bun. Before it went MIA, stars including Diplo, Cardi B and Gayle King were lucky enough to give it a taste.