Prime Minister Scott Morrison is being urged to take action against one of his veteran MPs – Andrew Laming, who late on Thursday was forced to apologise to two women for trolling them on Facebook.

Mr Morrison hauled the MP into his office on Thursday and demanded he stop using social media to post trolling comments and apologise to the pair both personally and publicly. 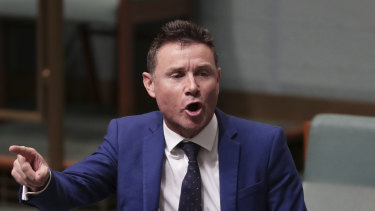 Ms Russo, a charity worked, told Nine News: “I want to be alive, I don’t want to be attacked anymore.”

Sheena Hewlett, a teacher and wife of a local councillor, said Mr Laming requested her teaching timetable from her school and in 2019 hid in bushes as well as took photos of her in public park. She reported the incidents to the police.

The opposition’s spokesperson for women Tanya Plibersek told The Sydney Mornign Herald and The Age that the revelations were “absolutely shocking behaviour.“

“This is not the behaviour of an MP,” she said. “What action will the PM take?” 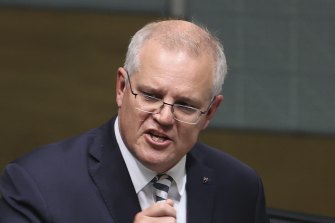 Prime Minister Scott Morrison has been urged to take action as his government reels from allegations of sexual assault.Credit:Alex Ellinghausen

In a speech to the House of Representatives in the dying minutes of the sitting week, the member for Bowman said he unreservedly apologised for his online behaviour.

“Today I was informed of the significant distress of two of my constituents in my electorate as a result of my online commentary with them,” he said.

“They are both highly regarded individuals within our Redland community.

“I want to unreservedly apologise to both Ms Hewlett and Ms Russo and I express my regret and deep apologies for the hurt and distress that that communication may have caused.

“Today in this House I want to retract my comments and issue a public unreserved apology.

“There are many lessons for this in me in this experience, not just about words but about the impact words can have on others.”

Laming’s behaviour comes under scrutiny at a critical time for the government which is under pressure over the treatment of women in federal politics.

The debate has been raging for more than a month and was triggered by former Liberal staffer Brittany Higgins’ revelation that she was raped after a night out with a colleague in the office of her then-boss Defence Minister Linda Reynolds.

The Prime Minister has been criticised for responding too slowly to the broader debate about the workplace and political culture that the revelation sparked.

Mr Morrison told A Current Affair on Thursday night that the whole episode had been “daunting.”

“At that time, and particularly how I started to learn of these things, you are right: it was just shocking. It was daunting,” he told the show’s host Tracy Grimshaw.

“What has become, I think, more crystallised in this last five weeks, as Brittany standing up has caused a very deep and confronting conversation in Australia, is we’ve gone way deeper.

“We’ve gone beyond just the sheer shock of violent acts and we’re starting to deal with some real home truths.”