A unique moniker! While Patrick Mahomes and Brittany Matthews went traditional for their baby boy’s name — opting to name him after the NFL star — they also wanted to give their little one a nickname that would stand out.

“My brother Jackson [Mahomes], whenever we were trying to find something that was a little unique and different, he said, ‘What about Bronze? It fits perfectly with Sterling,’” the Kansas City Chiefs quarterback, 27, told reporters on Wednesday, November 30, per TMZ, referring to his 21-month-old daughter. “So, we went with that.”

He continued: “It works out well. He can have his own thing now where he’s not Patrick, he’s Bronze, even though he’s Patrick. And, Sterling and Bronze can have that connection moving forward.”

The football player and Matthews, 27, announced via Instagram on Monday, November 28, that their second child had arrived earlier that day, naming him Patrick Lavon Mahomes III. The high school sweethearts also shared a snap of their little one’s feet next to a diamond chain that read “Bronze” as he snoozed atop a brown blanket with their family’s last name.

Most Interesting Celebrity Baby Name Through the Years 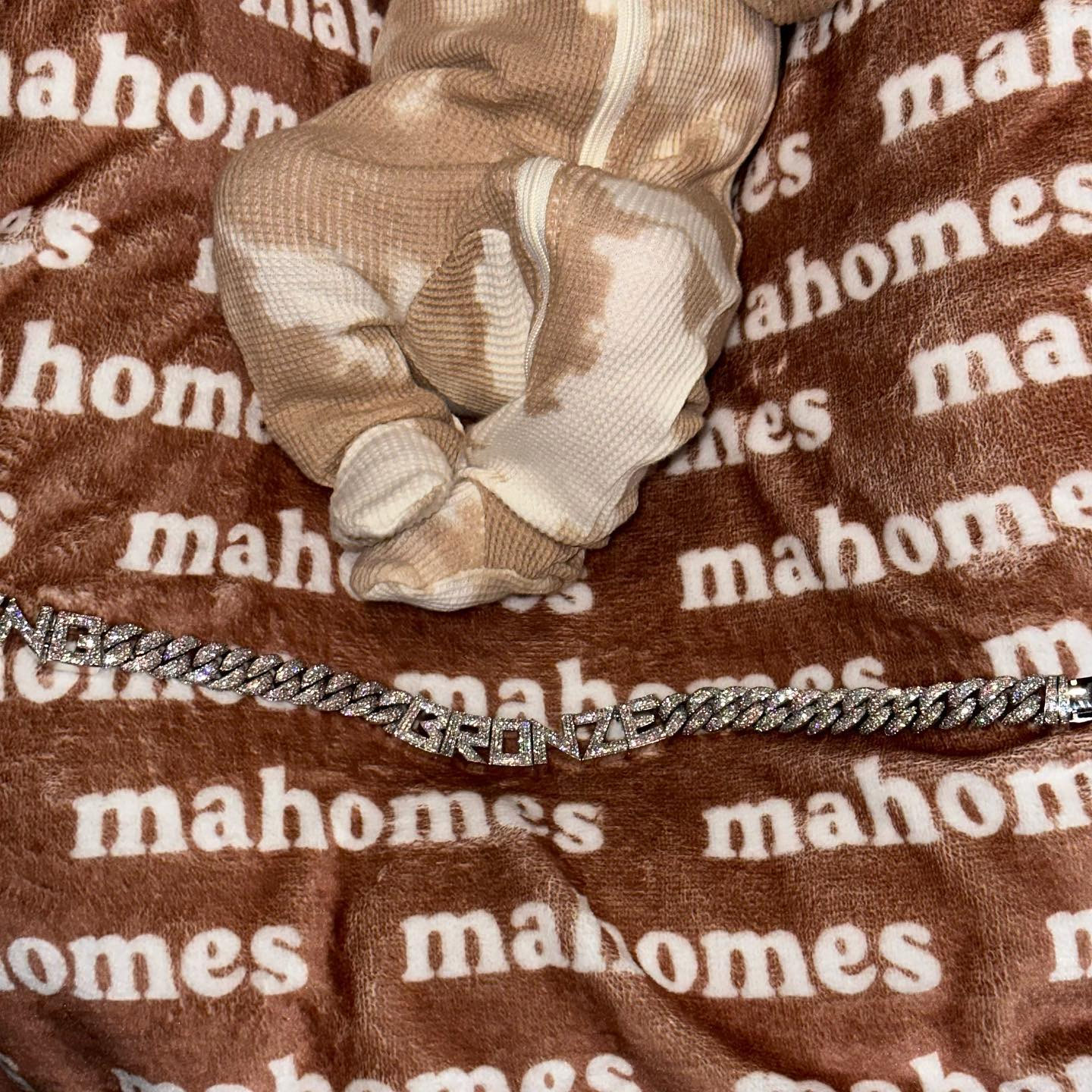 Patrick and the former soccer player announced in May that they were expanding their family, more than one year after Matthews gave birth to Sterling.

“Round 2!” the married couple, who wed in March, wrote via Instagram two months later. In the social media photos, Sterling held up a “Big Sister Duties Coming Soon” sign.

The Super Bowl champ and the fitness trainer started dating in high school, eventually getting engaged in September 2020. Several weeks later, they found out that they were expecting their first child. Sterling was born in February 2021.

“Obviously, at first we wanted to keep stuff private and not have her out there,” the Texas Tech alum told Today of becoming a father in July 2021. “As we started doing different things and she started getting a little bit older, being out and about, it almost became like a burden to try to hide her at all times when we do stuff, and this coming season we want her to be at the games and not have to worry about hiding her the entire time.”

Bump It Up! Revisit Brittany Matthews’ Pregnancy Album Before Welcoming Baby No. 2

He added at the time: “We figured it was about time. We still want to keep some stuff private, but we figured we can show everybody her face at least once or twice or not have to keep hiding her.”

As Patrick and Matthews continued to dote on Sterling — and take her to Chiefs games — they’ve been excited to welcome their little boy into the brood.