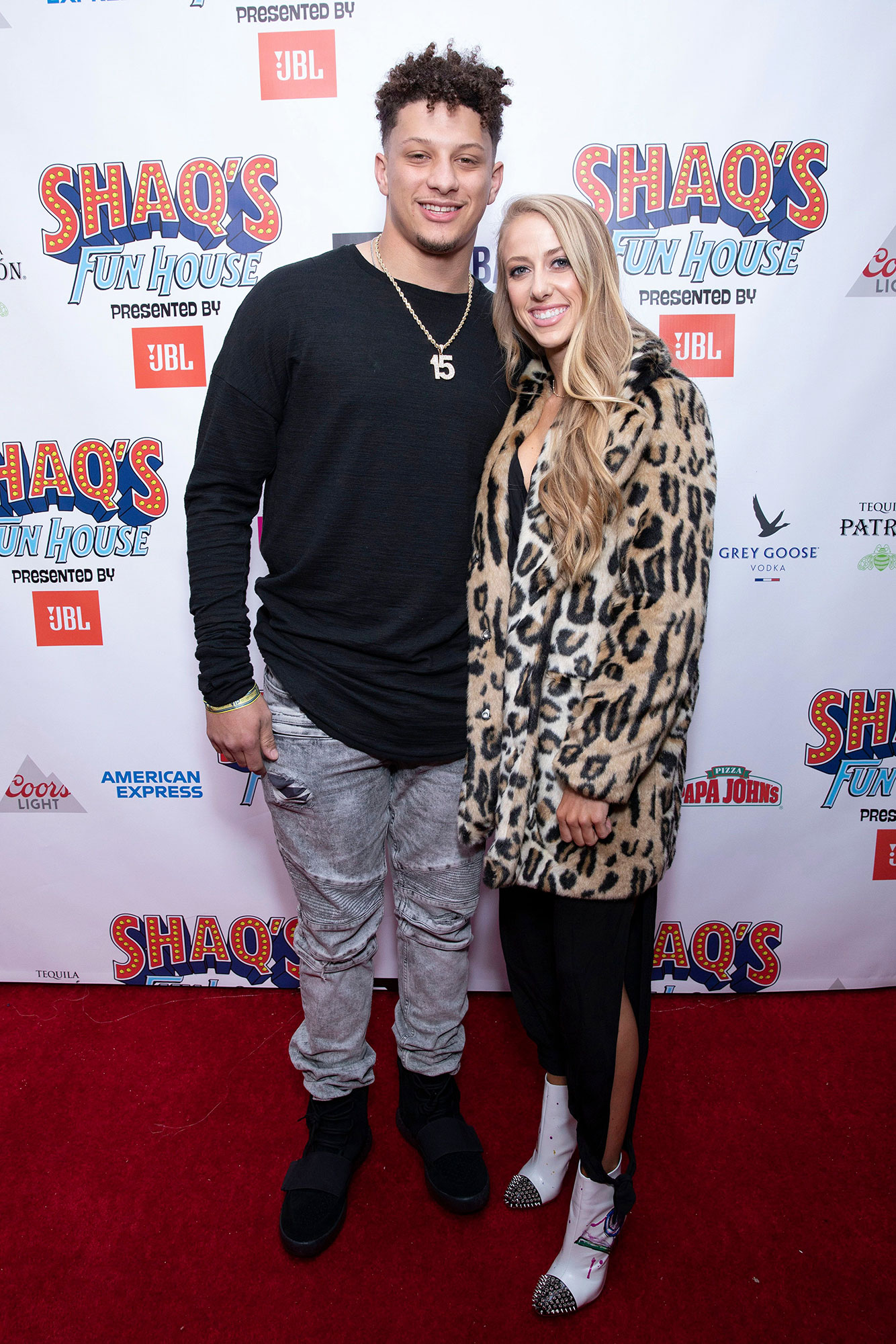 Ride or die! Brittany Matthews will always be fiancé Patrick Mahomes‘ biggest fan — even after a rough game.

The trainer, 26, weighed in via Twitter on Sunday, October 10, while watching the Kansas City Chiefs take on the Buffalo Bills. “Refs are never in our favor,” she tweeted, adding in a separate tweet, “Ever.”

Mahomes, also 26, and the Chiefs were ultimately outplayed, with the 38-20 defeat bringing their season record to 2-3. While supporting the quarterback, Matthews fired back at upset fans in another tweet, writing, “I said what I said. Y’all so mad.”

One follower didn’t appreciate the way the soccer star spoke about the game, replying, “Girl. I need you to stop. This was my team long before Patrick was here. It’s not giving the org a good look. Chiefs are bigger than you, me or any one player.”

Matthews shut down the troll with a quick response. “In the nicest way possible…Shut up,” she wrote.

The couple, who got engaged in September 2020, were high school sweethearts before Mahomes made it big. Though they attended different colleges, their love endured the long distance. The Texas native proposed at Arrowhead Stadium in September 2020 — the same day he received his championship ring from his Super Bowl LIV victory.

“On a day that was meant to celebrate you, you turned it into celebrating us. It’s always us, it’s always you and me,” Matthews gushed via Instagram at the time. “The words you looked into my eyes and said to me at this moment, will NEVER leave my mind! You made this day perfect, you took my entire breath away and I could not have imagined anything better. I love you, forever and always! Cheers to spending our lifetime together and an inseparable bond🎉🥂💕.”

The duo announced the same month that they were expecting their first child, with daughter Sterling arriving in February. Shortly after welcoming their little girl, the pair explained why they weren’t rushing to put her face on social media right away.

“We will share photos of her when we [feel] the time is right,” the fitness guru wrote via Instagram earlier this year. “I know the Internet will instantly take the photos of her and share everywhere so just preparing myself for my newborn baby girl to be shared to the world! Right now, we are just soaking in every minute with her.”

Since then, however, the new parents have captured plenty of their daughter’s milestones — from family vacations to visiting her dad at NFL training camp.