P. Rajagopal, who founded Saravana Bhavan, one of the largest South Indian vegetarian restaurant chains in the world, died on July 18 in Chennai, India, as he was facing life in prison in the murder of a man over a woman’s affections. He was 71.

His death, at Vijaya Health Center, was confirmed by the company. It said he had suffered cardiac arrest.

Mr. Rajagopal had been expected to begin his sentence this month before he was admitted to a hospital in poor health. But even after his initial conviction, in 2004, his company had continued to expand, and his employees, receiving generous benefits, had remained loyal to him. Saravana Bhavan now has 127 restaurants in 24 countries, employing about 5,000 people.

Court documents in his murder case said Mr. Rajagopal had wanted to marry the daughter of one of his assistant managers but was spurned by her. She soon eloped with another man, but Mr. Rajagopal was said to have continued to send her gifts.

In 2001, after several attempts to separate the couple, associates of Mr. Rajagopal forced the man into a car and drove off. His body was found in a resort town in the Western Ghats mountain range. He had been strangled.

Mr. Rajagopal was convicted of culpable homicide by a Chennai court in 2004 and sentenced to 10 years in prison. But the term was suspended on medical grounds. In 2009, an Indian high court upgraded the conviction to murder, and the sentence was changed to life in prison. He spent the rest of his life trying to avoid jail, until India’s Supreme Court rejected his final appeal this month.

His restaurant empire had its roots in Chennai (then known as Madras), on South India’s eastern coast. Mr. Rajagopal was running several grocery stores there in the late 1970s when he overheard a salesman saying that he was planning to go to lunch in a town three miles away because there were no restaurants nearby. The comment gave Mr. Rajagopal an idea.

Two years later, in 1981, he opened his first restaurant, Saravana Bhavan, in Madras, even though he was deep in debt from his struggling grocery stores and knew little about food service.

Going against advice, Mr. Rajagopal used quality ingredients in his food and paid his workers relatively high wages. He was soon losing 10,000 rupees a month (about $2,500 in today’s money) but demonstrating a strong work ethic.

“He probably didn’t have enough time for his family because he was so devoted to the businesses,” said a family friend, Balu, who does public relations work for Saravana Bhavan. (Like many in South India, Balu has one name.)

The restaurant focused on South Indian cuisine, serving freshly cooked dosas, a type of crispy golden rice and lentil crepe. As his chain expanded, the dish would earn him the nickname the “dosa king” in the media. He also sold snacks like idlis, soft round steamed rice cakes, and vadas, a kind of lentil doughnut, serving them with freshly cooked chutneys.

As his tasty, inexpensive food gained a following, his restaurant eventually turned a profit, enabling him to open branches. In 2000, with about 20 locations in India, Saravana Bhavan ventured overseas, opening in neighborhoods where the Indian diaspora had a strong presence. The chain expanded first into Dubai, then to cities like New York, London and Sydney, Australia. Though it operates under a franchise model, its chefs continue to come from Chennai.

With his growing success, Mr. Rajagopal increased benefits for workers, giving them housing assistance and medical care and their relatives employment. He would bestow books on their children and provide marriage allowances for their daughters. Employees repaid him with their loyalty, referring to him as “annachi,” a Tamil term for elder brother.

Like an elder brother, though, Mr. Rajagopal was known to be strict. Employees who broke rules, like drinking or using their phones while on the job, would be summoned to his office and have to wait in line to be disciplined.

“When he wants things done a certain way, he’s quite intimidating,” his son Saravanan told The New York Times in 2014. 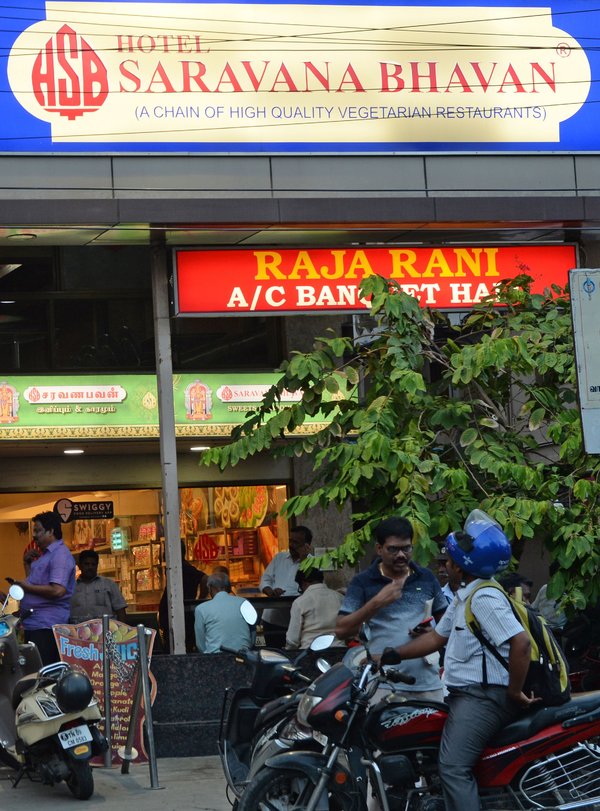 Even after Mr. Rajagopal’s murder conviction, his restaurants continued to do well. One loyal customer told The Times, “As long as he’s giving me good-quality food, I go there.”

Pitchai Rajagopal was born on Aug. 5, 1947, in Punnaiyadi, a village in the southern state of Tamil Nadu, India. His father, Pitchai Nadar, was an onion seller; his mother, Mani Ammal, was a homemaker.

Pitchai left school after seventh grade for a job wiping tables at a restaurant in a resort town. He moved to Madras as a teenager and worked his way up to opening grocery stores there.

Ill health had kept Mr. Rajagopal away from his business in recent years. He had diabetes and hypertension and also had a stroke. By the end of his life he was almost completely blind.

Saravanan, his youngest son, now runs the business in India, while Mr. Rajagopal’s older son, Shiva Kumaar, is chief executive of the company’s international operations. In addition to his sons, Mr. Rajagopal is survived by his wife, Valli, and four grandchildren.

His funeral, on July 20, drew several thousand people, many of them employees. “Now that he’s gone, they’re wondering what will happen,” Balu, the family friend, said. “He was not just a businessman; he was looking after them.” 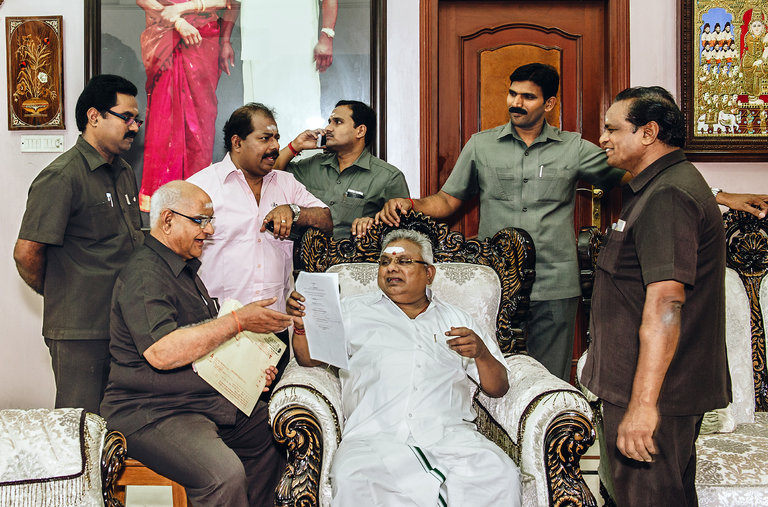 ​Amie Tsang is a general assignment business reporter based in London, where she has covered a variety of topics, including the gender pay gap, aviation and the London fatberg. @amietsang