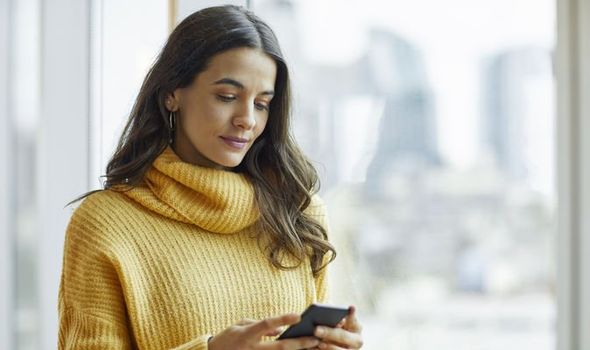 A study of 2,000 adults who own a smartphone revealed only three in 10 have backed up the data on their devices in the last 12 months. And 27 percent admitted they have NEVER done so. But a fifth said their phone is the only place they keep baby photos or videos of their children while a quarter store the only pictures they have of family members who have passed away. As a result, 44 percent believe their phone is as important to them as any family heirloom. Phone insurance company, SO-SURE commissioned the research into the nation’s attitudes towards their devices, and also created a quiz to tell you what kind of phone owner you are.

Dylan Bourguignon, CEO at SO-SURE, said: “Having a smartphone is the norm for most, but so many of us willingly leave them unprotected.

“Familiarity means we simply assume our phones will always be there and working, as that’s the case almost all of the time.

“However, many have a ‘head in the sand’ approach to backing up their precious data, assuming the worst will never happen to them.”

The study also found that the average adult takes 20 photos every fortnight on their phones, along with 11 videos.

But one in four have lost a mobile phone for good – whether through misplacing it, or having it stolen.

Another 34 percent have damaged a mobile beyond repair, losing all the precious data contained within.

The top way Brits either lose or damage their phones was found to be spilled drinks, which 24 percent of respondents have done.

However, a fifth have accidentally sat on their phone and crushed it, while the same amount have temporarily lost theirs down the side of a sofa cushion.

One in 20 have even dropped their phone out of a car window, and more than a tenth have dropped it into the loo, according to the SO-SURE study carried out through OnePoll.

But 26 percent said if they lost or broke their phone, they couldn’t afford to replace it outright.

Mr Bourguignon added: “Backing up your phone data to ensure the safety of your most precious photos and documents is a simple and free process for any model of phone – so make sure you do.

“Our study has shown that accidents do of course happen and beyond the personal cost of losing those precious memories the financial burden for replacements or repairs can factor well into the hundreds for ‘tier one’ phones.

“Ensuring that your device has the necessary insurance cover is therefore an equally crucial step that all mobile phone owners should take for total peace of mind.”

2. Lost it for a while between the sofa’s cushions

4. Accidentally pushed it off the side or worktop

5. Fell from their bag while going through it to find something

6. Dropped it while doing sport

7. Dropped it down the toilet

9. Left it on public transport

11. Left it at the restaurant/coffee place

12. Left it in the sun causing it to overheat

15. Dropped it while exercising

16. Tripped over a curb and dropped it

17. Left it lying on the floor and stepped on it

18. Dropped it out of a car window

20. Threw it to someone who didn’t catch it

21. Loaned it to a child and it came back damaged/sticky

22. Threw it against a wall in anger

23. Spilt a drink in their handbag which water damaged it

24. Broke the headphone socket so headphones no longer fitted properly

25. Dropped it off a cliff while talking a selfie

27. Put it through the washing machine by accident

28. Cleaned it with an antibacterial wipe and damaged it

29. Tried to clean or wash it and water damaged it

30. Dropped it out of a window