Of All Joe Bidens Blunders, This One Stands Above The Rest 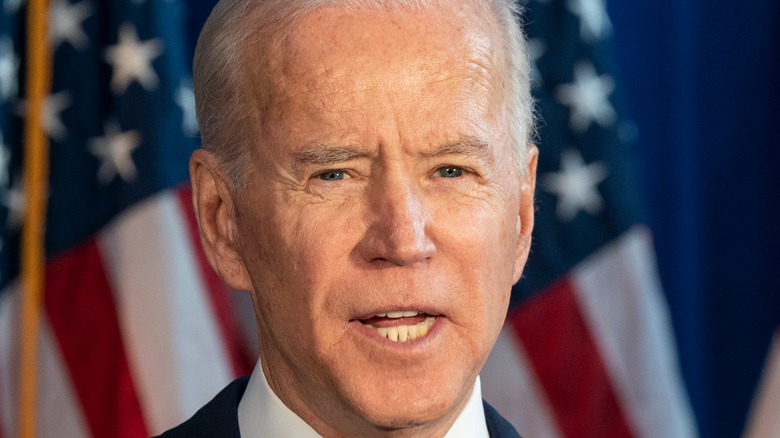 President Joe Biden is known to be gaffe-prone, often saying the wrong thing at the wrong time and having to either correct himself on the spot or walk back statements later. In fact, in 2018, before he even announced his candidacy, Biden admitted his propensity for gaffes and blunders at a Montana event, promoting his book, “Promise Me, Dad: A Year of Hope, Hardship, and Purpose.”

“I am a gaffe machine, but my God, what a wonderful thing compared to a guy who can’t tell the truth,” he said, referring to then-president Donald Trump (via CNN).

In 2019, Biden had officially announced his candidacy and was just one of more than 20 Democrats vying for the 2020 presidential nomination and he was on the campaign trail the old-fashioned way — traveling from city to city, giving speeches to large crowds and meeting voters. That’s when he committed a spoken blunder that seems to rise above the rest, according to the New York Post.

Joe Biden took back his biggest blunder within seconds 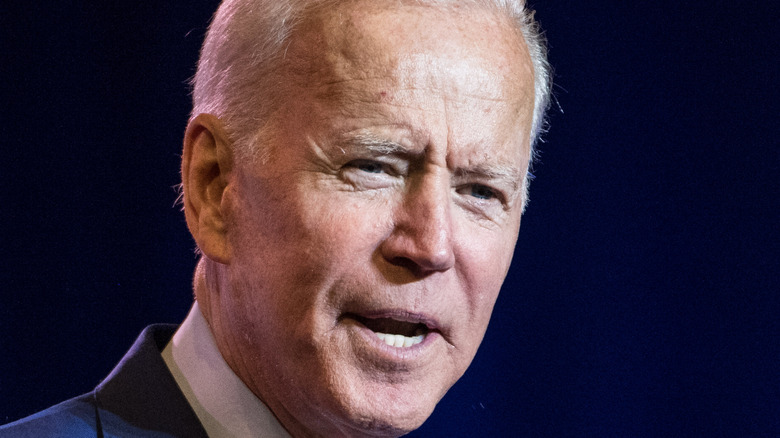 It was a moment that sparked headlines and defined a news cycle in August 2019 when Joe Biden was at a town hall in Des Moines, Iowa answering questions from voters. That’s when he said something that was easily perceived as racist and Biden clearly knew it (via the New York Post).

“We should challenge students in these schools to have Advanced Placement programs,” he said, referring to schools in lower income areas. “We have this notion that somehow if you’re poor you can not do it. Poor kids are just as bright and just as talented as white kids.”

It didn’t take long for Biden to realize what he said and just as quick as he said it, he tried to cover for himself by adding: “Wealthy kids, black kids, Asian kids … I really mean it, but think how we think about it.”

Biden may have tried to take it back, but his words were already out there and recorded for the world to hear and many thought that might be the end of his campaign due to previous comments that also promoted stereotypes. 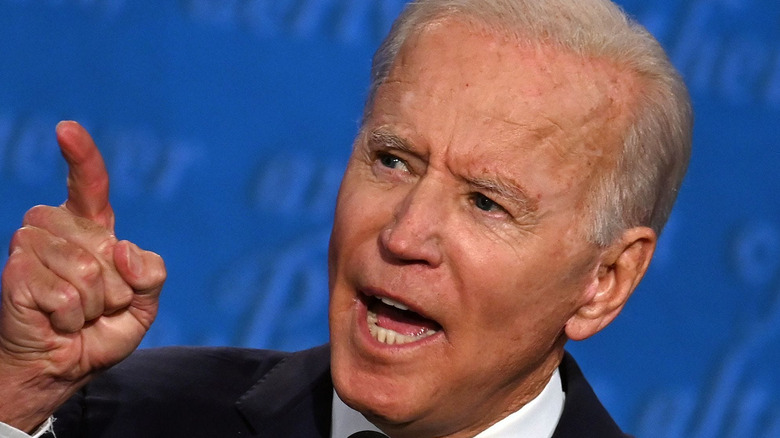 Earlier in 2019 during a Democratic primary debate, now-Vice President Kamala Harris brought up the fact that when Joe Biden was a senator, he had been against bussing, which helped racially integrate schools in the 1970s and 1980s. She pointed out that she was a child who had been bussed — leading to a viral campaign moment — and Biden was visibly upset by the exchange.

The next day, Biden tried to redeem himself and failed when he was speaking at an event for Jesse Jackson’s Rainbow PUSH Coalition (via the New York Post).

“We’ve got to recognize that a kid wearing a hoodie may very well be the next poet laureate — not a gangbanger,” he said. The comment elicited backlash once again, with fellow primary candidate, New Jersey Senator Cory Booker saying, “This is just another example of lessons that Joe Biden shouldn’t have to learn.” 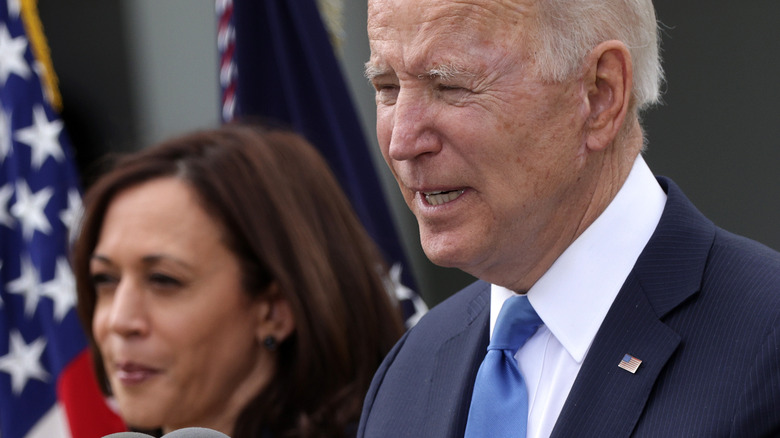 By the time Americans started voting in the Democratic primaries in early 2020, Joe Biden seemed out of the game and Senator Bernie Sanders seemed on track to win the nomination. However, the South Carolina primary and Black voters in that state helped revive Biden’s candidacy, according to NPR, which reported that the majority of Democrats in that state are people of color.

In addition, South Carolina House Member Jim Clyburn, an African-American candidate who serves as the Majority Whip as of this writing, endorsed Biden. According to The Washington Post, that endorsement helped change the direction of the race, later giving Biden the nomination. As the world now knows, Biden also repaired his rift with Kamala Harris, who had been a friend of his late son, Beau Biden, when Beau was attorney general of Delaware and she was attorney general of California (via Town & Country). By August 2020, Biden chose Harris as his running mate, breaking a glass ceiling for women and especially for women of color. In November 2020, the team of Biden and Harris went on to win the presidency.