“The concept of defunding the police,” Kelly said, “is ludicrous. Some twisted way to try to get revenge for the murder of George Floyd by just striking out police departments, indiscriminately taking money.” 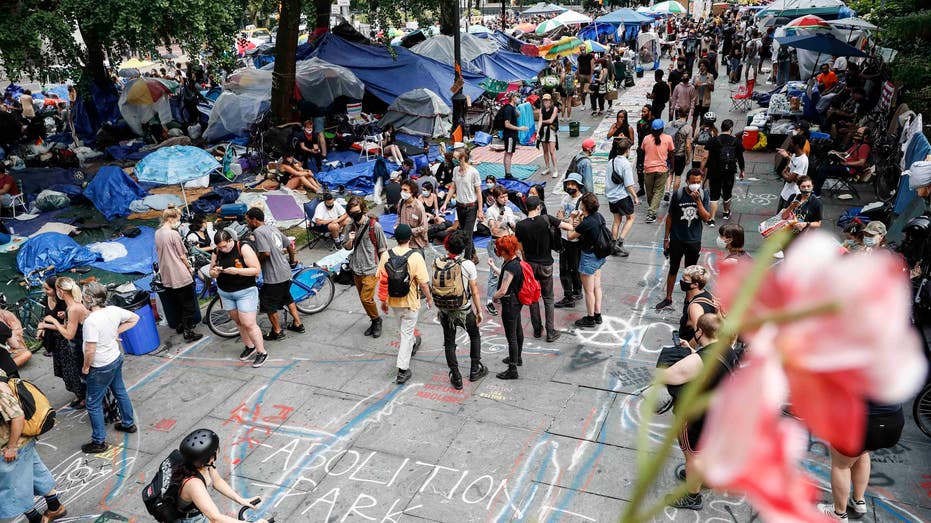 Protesters gather at an encampment outside City Hall, on June 30, 2020, in New York. (AP Photo/John Minchillo)

Protesters have been camped outside City Hall, insisting that the city slash $1 billion from the NYPD’s budget amid a nationwide campaign to “defund” police — a movement animated by outrage over the deaths of George Floyd and other Black Americans at the hands of police.

GEORGE FLOYD PROTESTERS PUSH TO DEFUND THE POLICE: WHAT IT MEANS

The new plan calls for an ambitious, nearly $300 million cut in police overtime. The department paid out $115 million in overtime just during recent protests over Floyd's May 25 death in Minneapolis.

Critics of the deal said the billion-dollar cut wasn’t a billion-dollar cut at all. Some of the funding reduction, they noted, was merely shifting police functions like school safety to the Department of Education. And they doubted the promised reduction in overtime would ever happen.

Kelly was asked during his “Mornings with Maria” appearance if he agreed with Democratic Rep. Alexandria Ocasio-Cortez's recent statement about the budget cuts, in which she said: “Defunding police means defunding police. It does not mean budget tricks or funny math. It does not mean moving school police officers from the NYPD budget to the Department of Education’s budget so the exact same police remain in schools.” 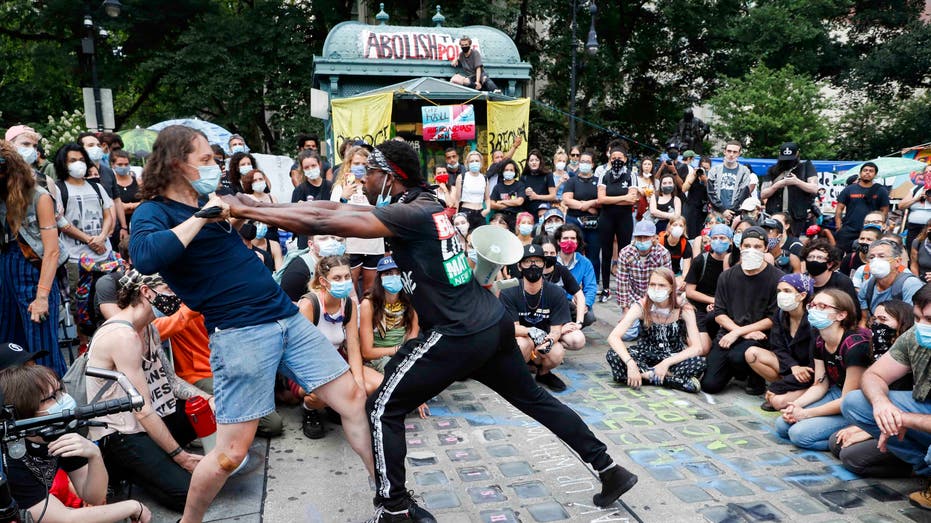 Protesters learn defensive tactics during a demonstration at an encampment outside City Hall, on June 30, 2020, in New York. (AP Photo/John Minchillo)

“What happened yesterday was an accounting gimmick,” he said. “I’m totally against the defunding of police, but it showed, to a certain extent, the disingenuous nature of Mayor [Bill] de Blasio, because he’s claiming it’s a billion-dollar hit. I mean, hey, we’ll go with that, but it certainly isn’t.”

The approved cuts to the NYPD would come from canceling a nearly 1,200-person police recruiting class set for next month — though another class in October is scheduled to go forward — as well as halving overtime spending, redeploying officers from administrative functions to patrol and ending police responsibility for school crossing guards and homeless outreach.

DE BLASIO ANNOUNCES PROPOSAL TO CUT NYPD BUDGET BY $1B

The police department also would give up control over public school security, which the NYPD took over from the Department of Education in 1998. The city has about 5,300 civilian school safety agents. De Blasio said details were being worked out, but the Education Department would train the agents.

Money would go instead to education, social services in communities hit hard by the virus, and summer youth programs for over 100,000 people.

Prior to the budget cuts, the NYPD budget was nearly $6 billion, plus several billion dollars more in shared city expenses such as pensions.

The vote by the City Council came at an extraordinary moment when the nation's biggest city is grappling with a $9 billion revenue loss due to the coronavirus pandemic and simultaneously with pressure to cut back on policing and invest more in community and social programs.

“Cuts that were announced two days ago, that’s not making a major in-road into the department, which, again, is a good thing, but it’s just not being truthful on the part of the mayor and the City Council,” Kelly continued.

Pivoting to crime statistics, Kelly attributed the increase in shootings in New York City and nationwide to “police backing off from being proactive.”

“It certainly is cause for concern,” he said. Kelly referenced de Blasio’s decision to disband the NYPD’s Anti-Crime Unit, which was focused on making gun-related arrests.

“This is, sort of, a signal that we’re surrendering. That we are accepting violent crime. We’re going to, unfortunately, continue to see crime go up.”

He added that he believes New York City is “at risk” of losing its loosely-used title of “Safest Big City in America.”

“We have a problem here. No question about it,” he said. “The city took a body blow with coronavirus and if you layer on top of that this exploding crime problem, I think the business community in New York should be very much concerned about it."