Moving on? Khloé Kardashian is dating a private equity investor following her breakup from off-on boyfriend Tristan Thompson — and after recently denying she found love with another athlete.

Multiple outlets reported on Tuesday, June 21, that the 37-year-old reality star has a new love interest in her life. According to Page Six, the Good American cofounder was introduced to her mystery man by sister Kim Kardashian at a dinner party. His name has not yet been confirmed.

The latest development in Khloé’s dating life comes days after gossip account DeuxMoi shared an anonymous tip about the California native “seeing another NBA player” — which she swiftly shut down. “Definitely NOT True !!! I love you! Thank you for the nice wishes but I am not seeing a soul,” Khloé commented on an Instagram post from the KardashianSocial fan page on Saturday, June 18.

The Strong Looks Better Naked author added, “I am happy focusing on my daughter and myself for awhile.”

The Kardashian-Jenner Family’s Steamiest Sex Confessions Over the Years

Khloé shares 4-year-old daughter True with Thompson, 31, who she began dating in 2016. Shortly before the Revenge Body alum gave birth in April 2018, the Canadian basketball star was caught cheating with multiple women. Thompson raised eyebrows once again the following February after he kissed Kylie Jenner‘s former BFF Jordyn Woods. Though he and Khloé split amid the drama, Us Weekly exclusively confirmed in August 2020 that the twosome were giving their relationship another chance.

“Khloé is hopeful that Tristan has changed for good and will continue to grow and be the great and loyal partner that he has been throughout their time together during the [coronavirus] quarantine,” a source told Us at the time.

However, the reconciliation didn’t last long. Us confirmed in June 2021 that the pair called it quits once again. Six months later, news broke that Thompson was being sued for child support by Maralee Nichols, who claimed they hooked up in March 2021. Son Theo arrived in December 2021, one month before the former Cleveland Cavaliers player announced he is the infant’s father. 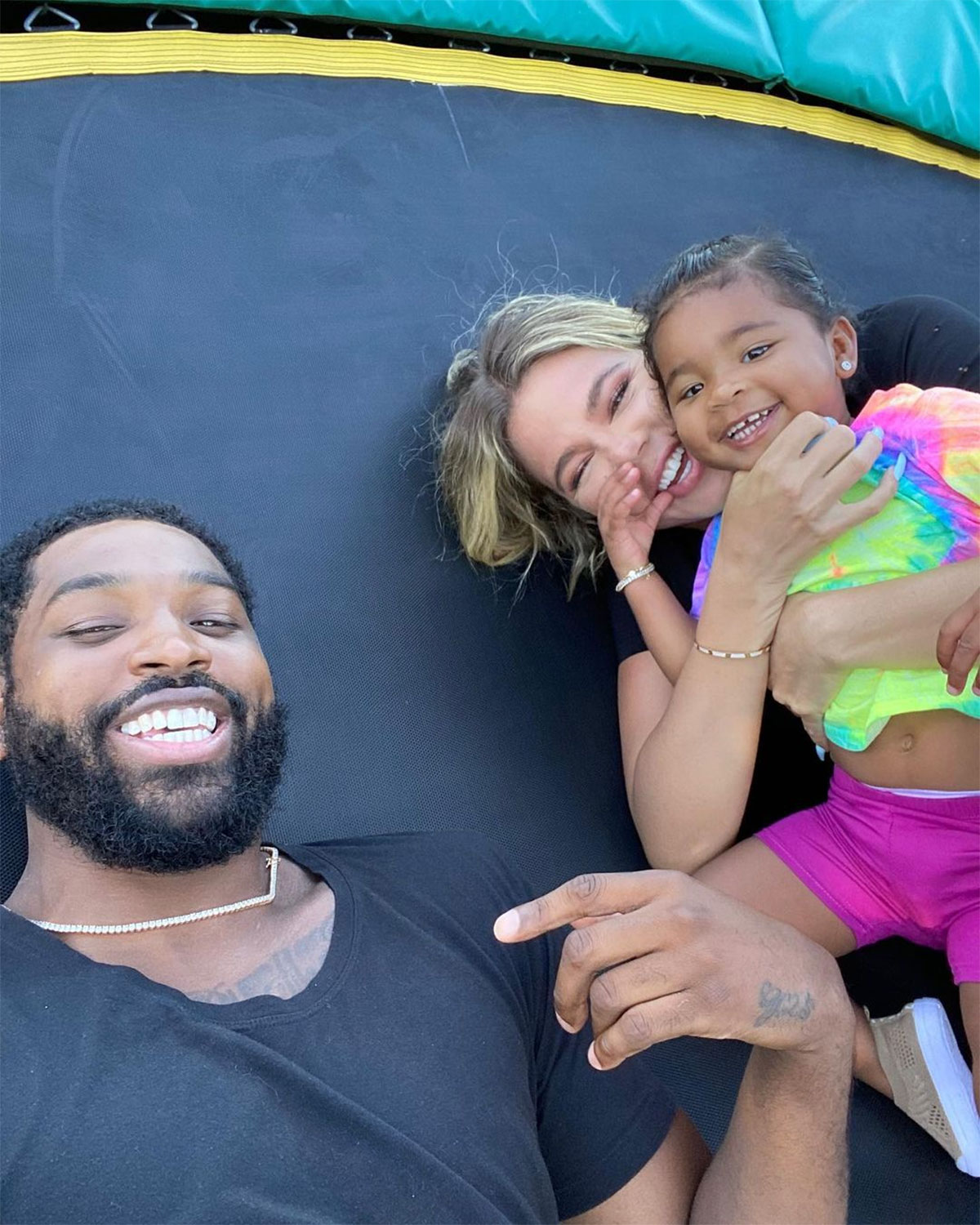 “I take full responsibility for my actions,” Thompson wrote in January. “Now that paternity has been established I look forward to amicably raising our son. I sincerely apologize to everyone I’ve hurt or disappointed throughout this ordeal both publicly and privately.”

Fans watched the drama unravel during season 1 of The Kardashians, which hit Hulu in April. During the season finale, Khloé described her initial reaction to the “humiliating” scandal.

“I find out what Tristan is doing with the rest of the world. A courtesy would be not doing it. But fine, if you do it, you are not even going to give me a f–king heads-up before the rest of the world?” she told the cameras. “It is just an additional slap in my face. … Did Tristan have every opportunity to tell me? Yes. Was Tristan going to tell me if there wasn’t a baby involved? Absolutely not. And that shows a lot about his character. The entire thing is despicable.”

Before Thompson, Khloé dated French Montana, James Harden and Trey Songz. The former Kocktails With Khloé host was previously married to Lamar Odom from 2009 to 2016. Earlier this year, she opened up about finding love as a single mom during an interview on the “Not Skinny But Not Fat” podcast.