MASK wearing in supermarkets and shops is set to be compulsory again from next Tuesday, November 30.

Aldi is the first UK supermarket to respond, confirming that all its shoppers will have to wear a mask from then. 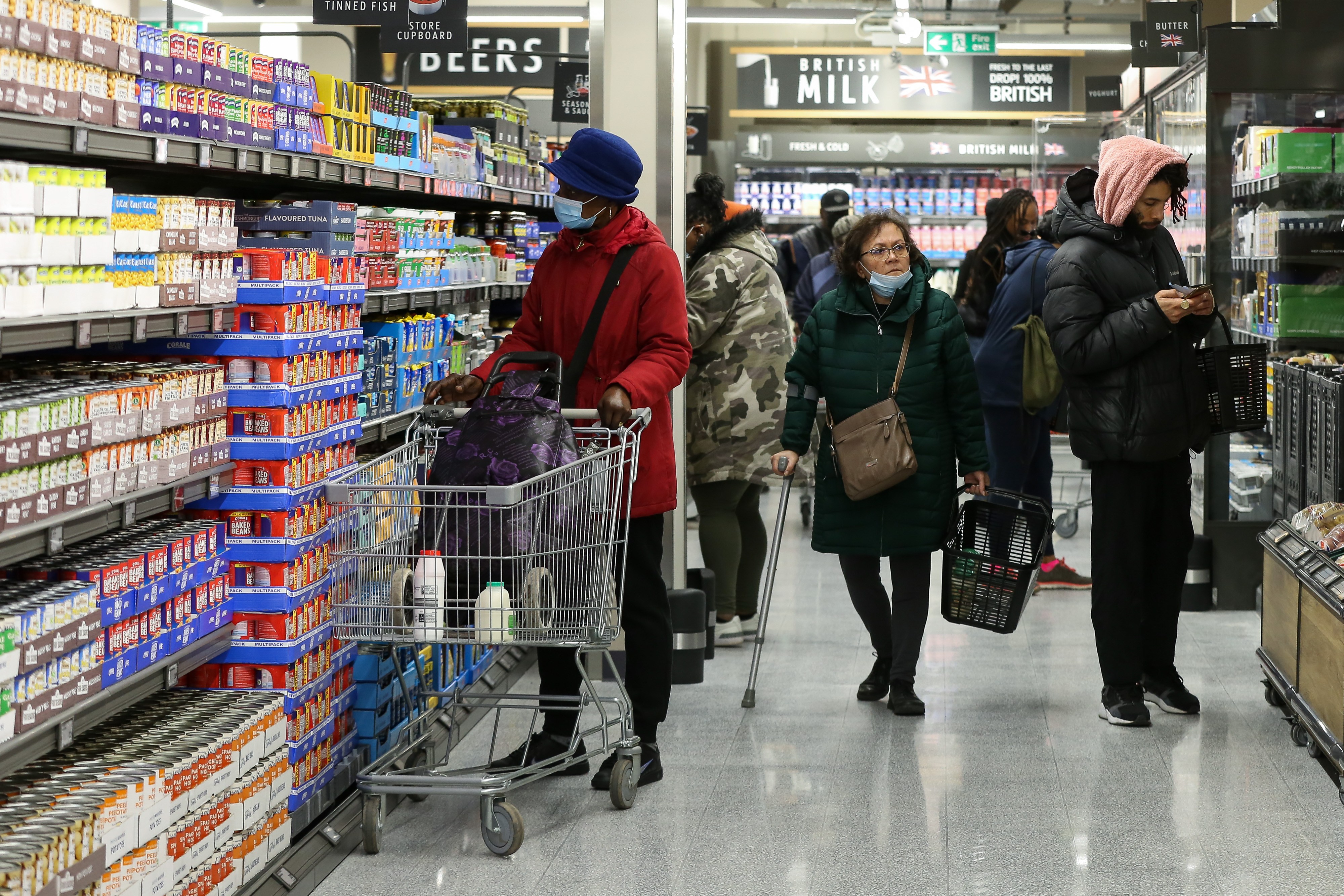 It is expected that all other supermarkets will follow suit, once the government has published its more detailed guidance, which is due tomorrow.

In a press conference yesterday, Boris Johnson announced the more stringent rules around mask-wearing as part of plans to stem the spread of the new Omicron variant.

He said: "We will also go further in asking all of you to help contain the spread of this variant, by tightening up the rules on face coverings in shops and on public transport."

The announcement came after two cases of the dreaded super-spreading strain were reported in Essex and Nottingham.

The latest clampdown is expected to require everyone in shops, trains and buses in England to wear a face covering – unless they are medically exempt.

We spoke to each UK supermarket to find out what their current rules are and when they're expected to change.

Aldi is the only supermarket that has already confirmed it will be changing its rules from Tuesday.

Giles Hurley, chief executive officer at Aldi UK said: “The safety of our colleagues and customers is our number one priority.

"Following the latest Government announcement, wearing a face covering will be mandatory for everyone that shops at Aldi from Tuesday 30 November, except for those who have a medical exemption.”

Masks also remain compulsory in Aldi’s Scottish and Welsh stores. Other measures such as hand sanitiser and screens will also stay in place.

Asda says that it has always followed government guidance throughout the pandemic and it is awaiting further details after yesterday's announcement.

In the meantime, Asda is encouraging its customers to be respectful to each other, and continues to provide face coverings at the front of stores for customers who want to wear one.

Customers must wear face coverings while in-store in Scotland, Wales and Northern Ireland, unless they are exempt.

At the moment, Lidl is not enforcing mask wearing in England, although it is still compulsory in stores across Scotland and Wales.

The website currently reads: "Although no longer legally required in England, the government expects and recommends that people wear face coverings in crowded areas and we will have signage in place at store entrances reminding our customers of this."

Shop workers have been left to decide individually whether they want to keep wearing masks or not.

The Sun has contacted Lidl to see whether new rules will be in place from Tuesday next week.

The current rules for Iceland say: "Face coverings are no longer mandatory in shops in England, however we encourage customers and colleagues to continue to wear face coverings in Iceland stores, if they are able to do so."

The Sun has asked whether new rules will be in place from next week, but Iceland has not yet responded.

Morrisons is saying that it will be "following all updated government guidelines" to keep customers and colleagues safe.

We couldn't find anything on the Morrisons website saying what the current rules are, but we have asked the supermarket and will update this story when we know more.

When asked if the Sainsbury's rules were changing from next week, a spokesperson said: “We are reviewing the latest government guidance and will keep customers and colleagues updated.”

Under the current rules, masks are not compulsory but customers are asked to wear face coverings when they can.

Tesco asks its customers to keep wearing mask even though it's not currently legally required.

A statement on the website reads: "Please keep wearing a face covering in our stores if you can​.

"The government expects and recommends that people continue to wear a face covering in crowded and enclosed spaces.

"So we’re encouraging our colleagues and you, our customers, to continue wearing face coverings if you can."

For customers and staff in Scotland, Wales and Northern Ireland, face coverings remain mandatory unless exempt.

The Sun has asked Tesco whether the rules will change from next week, and will update this story when we hear back.

Currently, Waitrose recommends customers wear face coverings in stores, but says it is up to the individual to decide whether or not they follow this guidance.

The Sun has asked whether rules will change from next week, and will update this story once we know more.

What happens if I break the rules around mask wearing?

The government is yet to publish its detailed guidance, so we won't know for sure what will happen to people who break the rules until tomorrow.

However, before July 19, cops and Transport for London officials could issue fines of £200 (reduced to £100 if paid within 14 days) for a first offence.

Repeat offenders could have their fines doubled at each offence – up to a maximum punishment of £6,400.

It's likely any fines or actions will be on a similar scale.