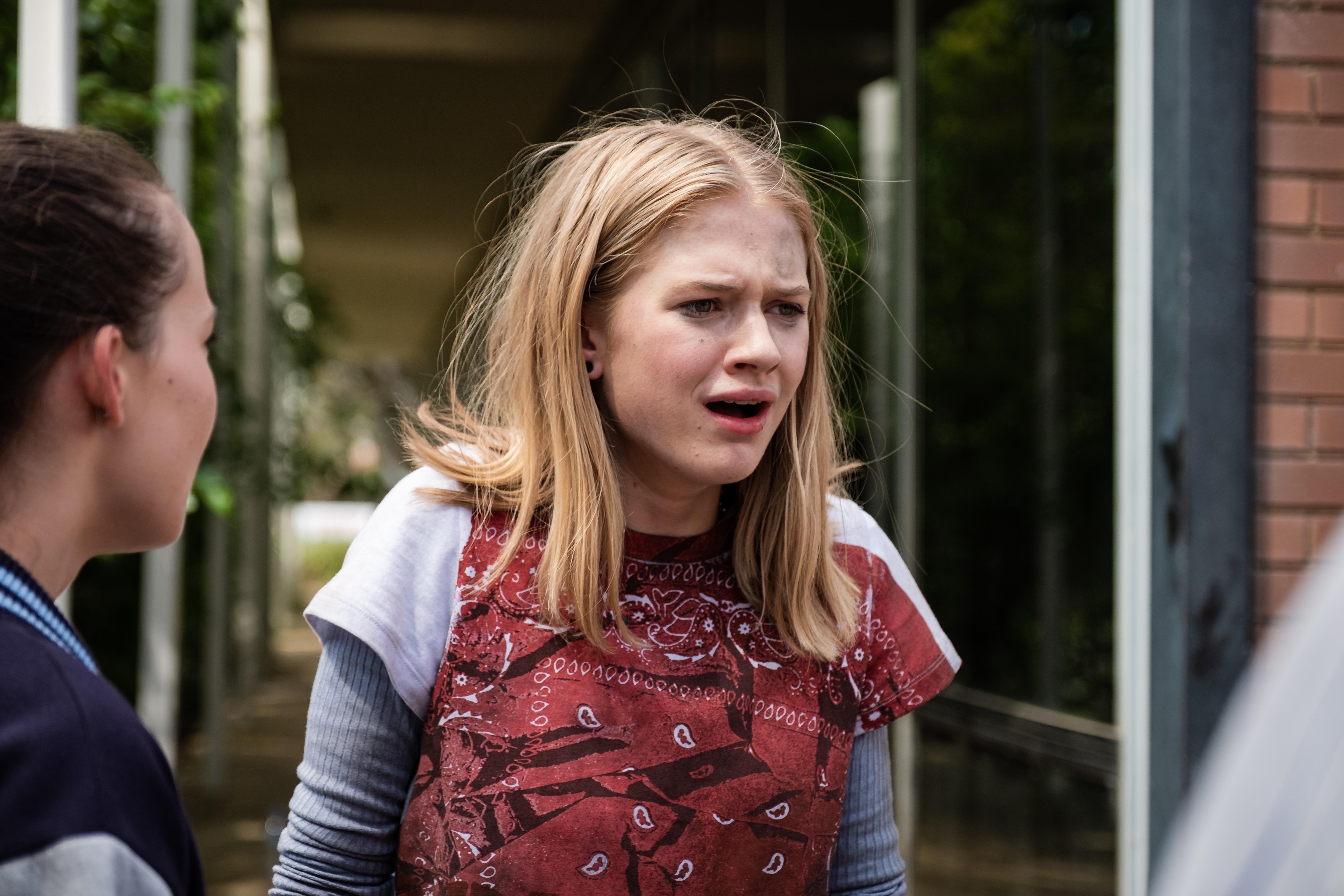 Zara Zelwyn (Freya Van Dyke) has a lot of explaining to do in Neighbours following the deadly fire at Erinsborough High.

The teen, as viewers know, is public enemy number one right now, given all the trouble she has caused since rocking up in Ramsay Street.

Her latest stunt, which saw her lie about and steal from Hendrix Grayson (Benny Turland), could prove to be the final straw for mum Amy Greenwood (Jacinta Stapleton), who is on the verge of sending her back home.

Zara, you see, had claimed to be in a relationship with Hendrix in a bid to impress new pals Aubrey Laing (Etoile Little) and Sadie Rodwell (Emerald Chan).

But she has other things to worry about in Wednesday’s (March 2) edition of the Aussie soap, given that she and Mackenzie Hargreaves (Georgia Stone) have found themselves trapped in the school, as another fire breaks out.

What transpires in the immediate aftermath of Tuesday’s (March 1) cliffhanger remains to be seen, but Aubrey and Sadie’s plan to pin the blame for the blaze on Zara seemingly works like a dream.

Zara pleads her innocence in the aftermath of the fire, but few believe her. She therefore lashes out at Aubrey, knowing she is responsible.

‘Zara is suspicious that Aubrey started the fires and is purposely framing her for them,’ actress Freya Van Dyke told Metro.co.uk, describing the upcoming showdown.

‘In these scenes, Zara begs Aubrey to come clean. When she refuses, Zara snaps, attacking Aubrey.’

Pictures reveal the altercation in question, as Zara lets her frustrations get the better of her, with Toadie (Ryan Moloney) forced to step in.

Zara has done many a terrible thing since her debut in the show. The fire, however, she is not to blame for. The question is: will she be able to prove her innocence?

‘Zara’s determined to stay with her mum, so she’s willing to do almost anything,’ admits Freya, discussing just how far Zara will go.

‘This includes fighting for the truth to be exposed and allowing herself to forgive others.’

As for whether or not she will succeed you’ll just have to wait and see, but Freya told us that Zara’s quest for justice could result in viewers seeing a whole new side to the character.

‘I think everyone will see how far Zara can be pushed and the desperation that’s exposed when she reaches her limit,’ she said.

But beyond the fires, what can fans expect from Zara?

‘I hope she learns from her mistakes and is able to grow as a person,’ added Freya. ‘There’s a lot of good in her that I would love audiences to get to see.’

Neighbours airs weekdays at 1:45pm and 5pm on Channel 5.