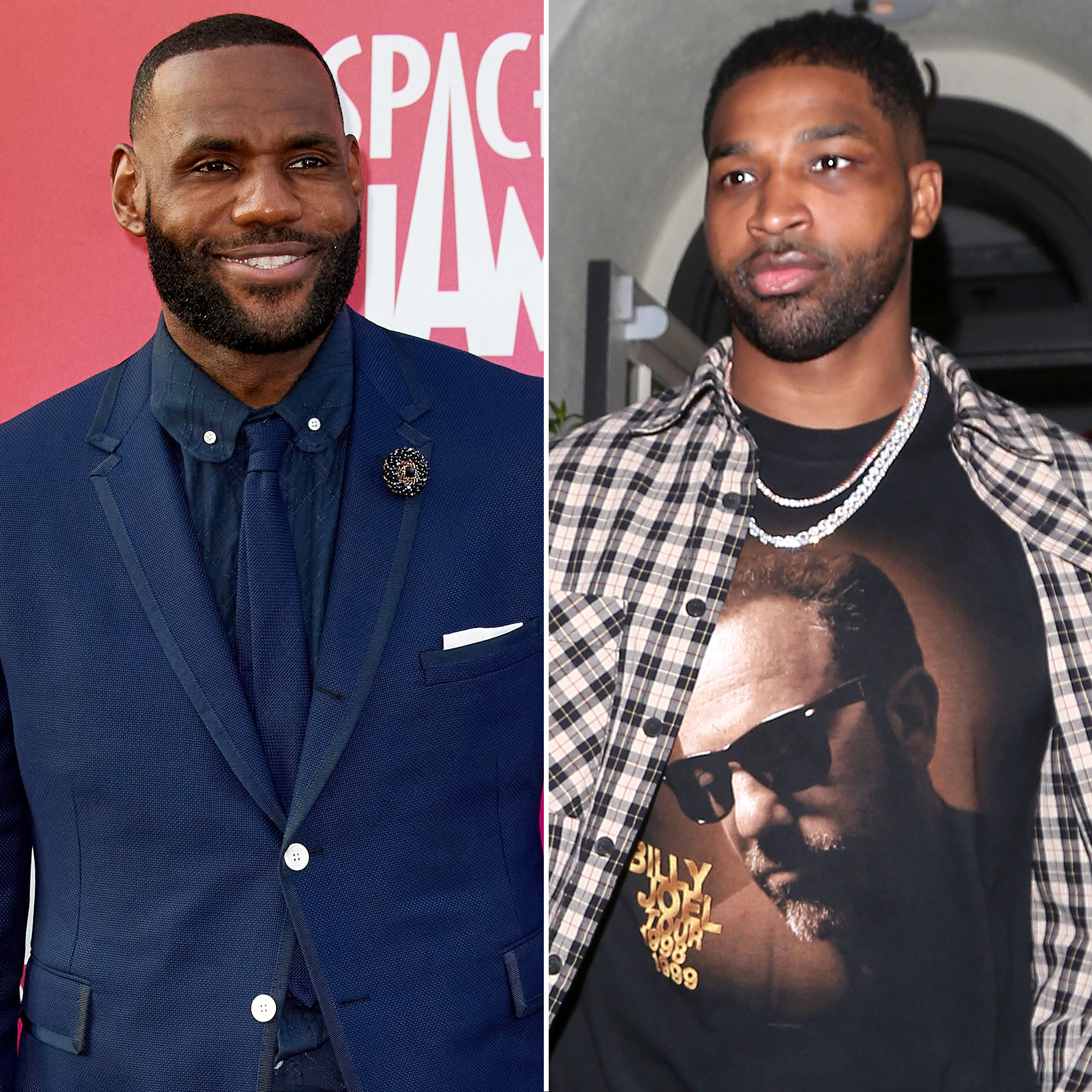 Drama on and off the court. LeBron James and Tristan Thompson appeared to get heated while their NBA teams faced off against each other on Tuesday, January 4.

Tristan Thompson’s Drama Through the Years: A Timeline

The 37-year-old Los Angeles Lakers star sped to the basket in the final moments of the game, sending his team to a 118-112 lead over the Sacramento Kings. After the major play, James was seen making his way to the Kings’ bench and appeared to taunt the 30-year-old Canada native, who did not get to play on Tuesday.

“I’m a motherf–king problem, bitch,” the two-time Olympic gold medalist shouted, according to a clip shared via social media.

As James taunted his opponents, an announcer said, “He’s talking to Tristan Thompson, his former teammate.”

The video later panned to show Thompson frowning from his seat on the bench. (The athletes were on the Cleveland Cavaliers together from 2014 to 2018, when James moved on to the California team.)

The Space Jam 2 star’s victory celebration comes amid Thompson’s struggles in his personal life, which came to a head on Monday, January 3, as he confirmed he fathered a child with Maralee Nichols before he split from Khloé Kardashian in June 2021. (He previously confessed to having sex with the fitness model several times in court docs obtained by Us Weekly.)

“Today, paternity test results reveal that I fathered a child with Maralee Nichols. I take full responsibility for my actions,” the athlete wrote via his Instagram Story on Monday. “Now that paternity has been established, I look forward to amicably raising our son.”

The Keeping Up With the Kardashians alum and the NBA star have dated on and off since 2016, welcoming their daughter, True, in April 2018. While she was still pregnant, Thompson had been caught cheating on the former Revenge Body host, but the pair initially stayed together. They went on to call it quits in February 2019 after Thompson was unfaithful once again, but got back together the following year. Us confirmed their most recent split in June 2020.

Following his public plea, a source exclusively revealed that the former Boston Celtics player “wants to make everything right” with the reality star. “He wants to win her back,” the insider noted. “But she will never take him back romantically after learning about his cheating. This was the final straw.”

Us broke the news in December 2021 that Nichols welcomed a baby boy after she sued Thompson for child support. Kardashian, for her part, has yet to speak out about the controversy.