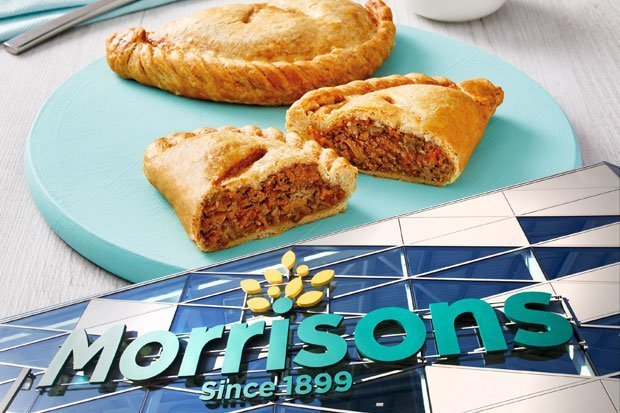 Vegan products have taken off this year, with many supermarkets and fast food chains all upping their game.

First, Greggs started the year off by launching a vegan sausage roll, then Aldi announced they were selling meat-free quarter pounders for BBQ season.

And now Morrisons has announced they will be flogging ‘Corn-ish’ pasties on their Pie Shop counters.

The vegan version is handmade and uses a recipe which is “as close as possible to the famous original.”

It’s created using vegan mince, but also contains a mix of potato, swede and onion, wrapped in a crimped rough-puff flaky pastry, much like the traditional ones.

Morrisons Pasty Buyer, Steve Halford, said: “Some of our customers want to cut down on their red meat intake, so we wanted to offer a pasty that’s meat-free and as delicious as the original.”

Still up for grabs on the Pie Shop counter is the store’s Vegan Sausage Rolls, which cost £1 each or are available as part of two for £1.50 offer.

The Corn-ish Vegan Pasty is available in stores across the UK from July 8, 2019.

Will you be trying one?