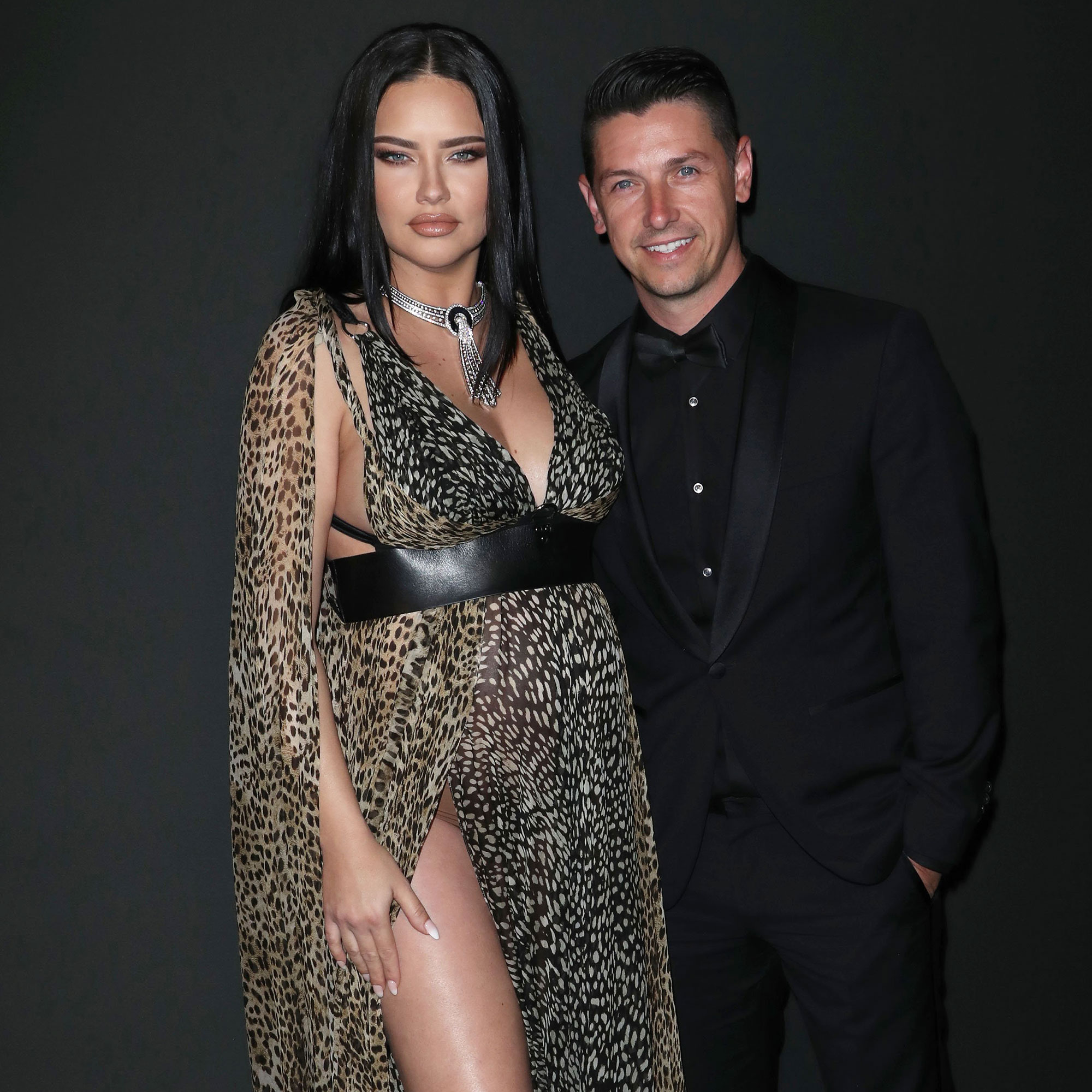 The supermodel, 41, announced the news via social media on Monday, September 5. “Cyan is the color between green and blue on the visible spectrum of light,” she wrote via Instagram alongside a photo of the newborn’s eye. “Cyan is the color of the waters of Bora Bora and Maldives, places in our family’s bucket list. Cyan now is our favorite color … the color of our baby boy’s eyes. Welcome to our world CYAN LIMA LEMMERS ~ 08/29/22.”

The Victoria’s Secret model announced her pregnancy via TikTok in February. Two months later, Lima revealed she was expecting her first boy. The Brazil native is already the mother of daughters Valentina, 12, and Sienna, 9, whom she shares with ex-husband Marko Jarić. The former couple finalized their divorce in 2016, two years after calling it quits. Lima moved on with Lemmers, 41, in 2021.

The pair learned the sex of their little one with a celebration in Miami. At the time, two blue smoke bombs went off while the then-pregnant star’s daughters watched. Valentina and Sienna both predicted another girl would join the family, but as the blue puffs filled the sky, they looked surprised and thrilled to be getting a baby brother.

Lima has been candid about the joys of motherhood, previously telling Vogue that one of her favorite things to do as a family is spend time around the dinner table and enjoy a sit-down meal. “Everyone is always running around getting to work or school or other activities that it’s nice to take a moment together and enjoy each other,” she told the outlet in 2016.

When it comes to her little ones, the lingerie model is fiercely protective. She joked about wanting to keep her girls in bubble wrap to keep them out of harm’s way. “I would have put them in bubble wrap if it wouldn’t make me look like a crazy person. I still always want to protect them, but I know they are resilient girls.”

Before becoming a boy mom, Lima exclusively told Us Weekly in 2019 that she loved spending time with her “girly girls,” who love makeup and all things fashion — just like their mom. “Sometimes when I’m working in Miami, they come out to watch me get my hair and makeup done, and then I find them in my room later going through my makeup,” she gushed at the time.