Mental As Anything founding member and songwriter Andrew "Greedy" Smith has died after suffering a heart attack in his car. He was aged 63. 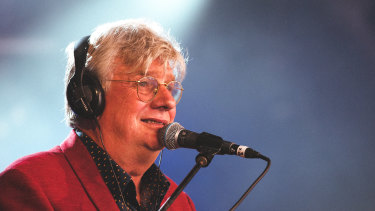 Band manager Grant Bartlett on Tuesday confirmed to AAP that Smith had suffered a heart attack while driving in Sydney. An ambulance arrived promptly to provide treatment but he later died.

Mr Bartlett, who has managed the Australian pop-rock band for 16 years, said Smith's fatal heart problem came as a surprise.

"One of the healthiest guys I've seen," Mr Bartlett said.

The band released a statement saying: "It is with an incredibly heavy heart to announce that one of the founding members of Mental As Anything, Andrew Greedy Smith passed away last night …"

The most recent line-up of the group band played in southern NSW's Tathra on Saturday night and was scheduled to perform in Melbourne on Thursday.

The group was formed in Sydney in August 1977 by Smith, along with Reg Mombassa, Martin Plaza, Wayne "Bird" Delisle and Peter O'Doherty.

Smith was also a vocalist, alongside Plaza, and keyboard player.

The band was on a national tour with Smith, who was the only remaining member of the original line-up, which burst onto the Australian music scene with debut album Get Wet in 1979.

Mental As Anything had top 10 Australian hits with If You Leave Me, Can I Come Too?, Too Many Times and Live It Up. Their band's debut album featured the song The Nips Are Getting Bigger, which charted inside the top 20 in Australia.

He is survived by his fiancee Fiona Docker and son Harvey.