An old photo of Meghan Markle posing with a magazine cover of Kate Middleton has resurfaced online, sparking doubt about her claims that she was “naive” to the duties of royal life before joining the family.

In her bombshell interview with Oprah in March, Markle, 39, said she “didn’t grow up knowing much about the royal family.”

The resurfaced picture was reportedly taken in 2014, which was two years prior to when the Duchess of Sussex met her now-husband Prince Harry.

“She said she didn’t do any research on Harry or his family before she got married!” one person tweeted. “Was that because she was more interested in what Kate had?”

Another wrote, “She has stalked the Royals for years!!!”

However, others pointed out that posing with a picture of Middleton does not necessarily mean Markle was royally obsessed with Harry’s family.

“And the problem/controversy is?” one user tweeted, adding, “Kate happened to be on that cover.”

This not the first time, though, that Markle’s alleged naivety has been seemingly debunked.

In March, a report surfaced claiming that the Hollywood actress had blogged about dreaming of becoming a princess seven years ago. 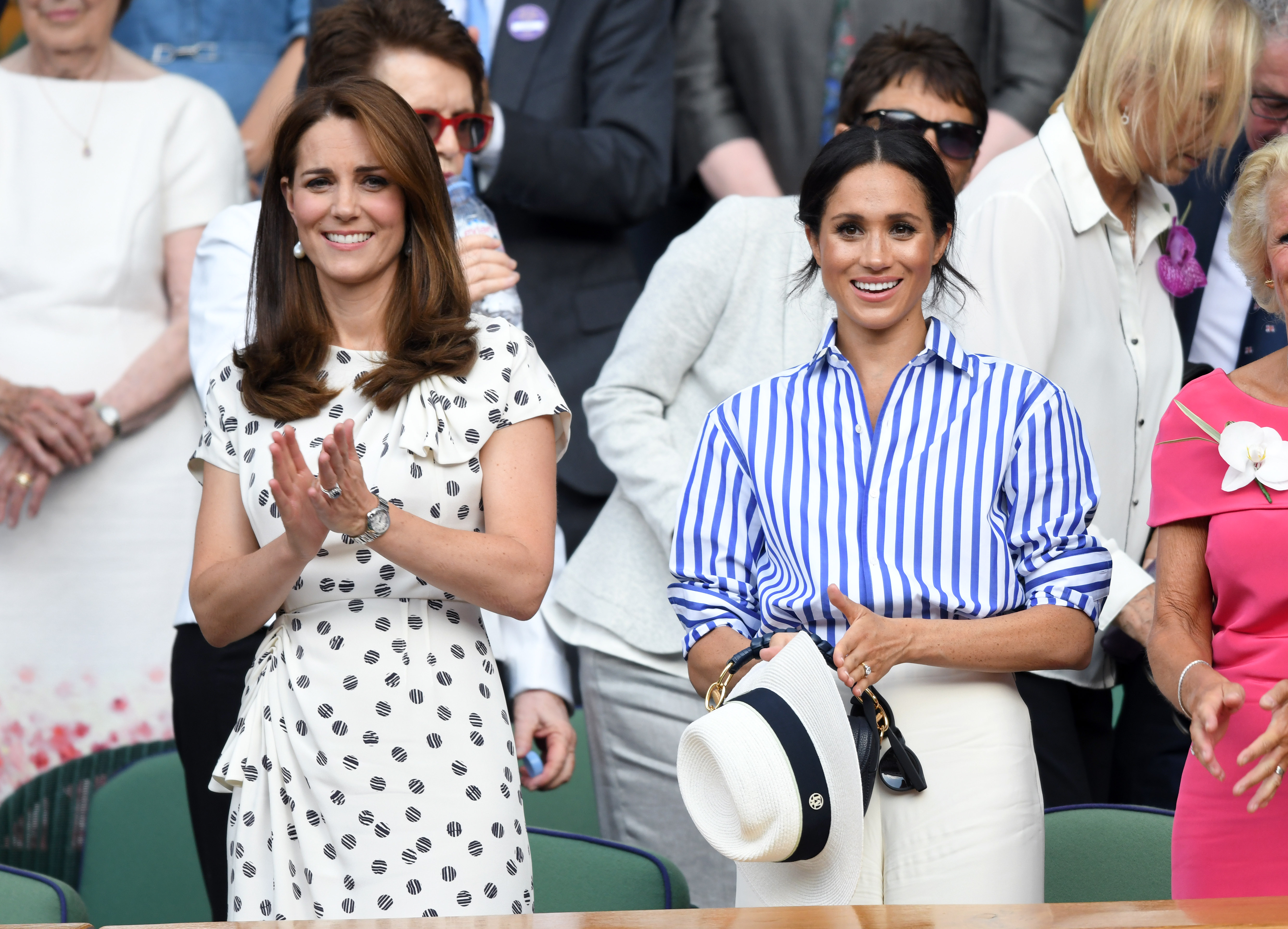 “Grown women seem to retain this childhood fantasy,” she wrote in a 2014 post. “Just look at the pomp and circumstance surrounding the royal wedding and endless conversation about Princess Kate.”

The newly resurfaced photo’s irony has also doubled not just because of Markle’s previous statements, but also her rumored tiff with Middleton.

Markle also told Oprah that her sister-in-law left her in tears before her nuptials, addressing widespread reports that she “made Kate cry” over her flower-girl dresses, insisting, “The reverse happened.”

The Duchess of Cambridge’s uncle has spoken out, saying he “doesn’t believe” Middleton ever made Markle cry. Middleton was reportedly “mortified” over the allegations.

One user tweeted on Monday following Markle’s resurfaced photo, “The lies are all coming to light.”