Meet the woman who spent £13.7k to rescue stray kittens she found on holiday 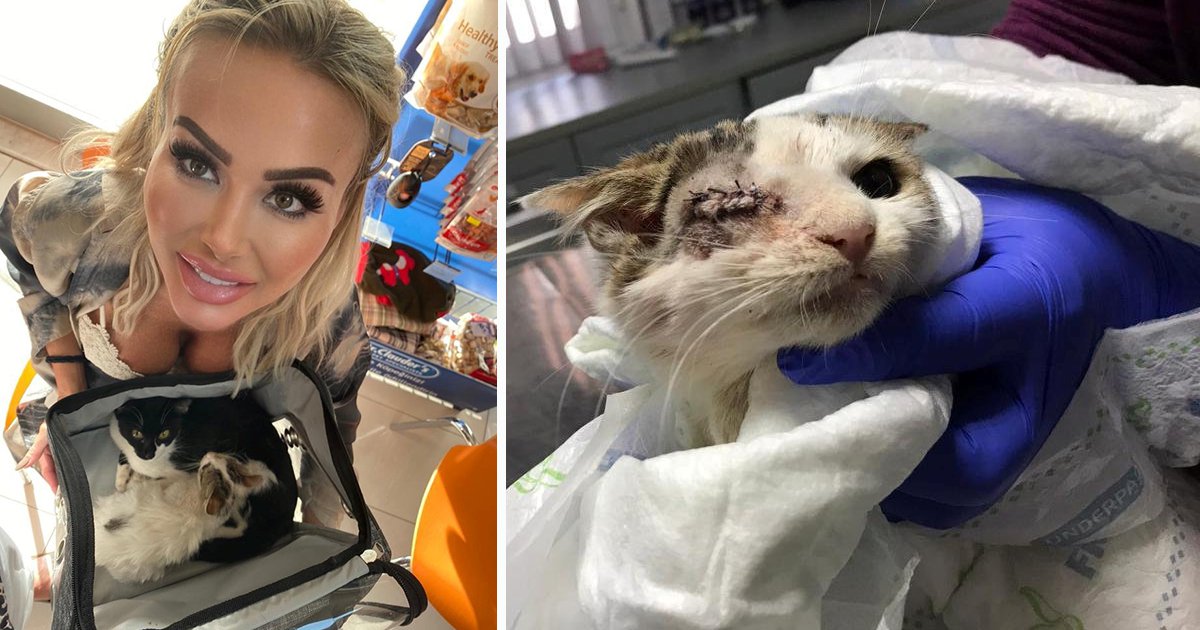 ‘It made me feel like I’d done something worthwhile,’ says Kelly Walker, a hairdresser from Barnsley.

The 43-year-old spend her savings for a mortgage deposit and then some to save two feral kittens she found on holiday in Turkey.

After going through a divorce and moving back in with her mum, Kelly booked herself a holiday to the seaside resort of Antalya in the face of another lockdown in November 2020.

That’s when she found the two kittens, Delilah and Harriet, living rough on the cliffs that surround the seaside resort.

After finding the cats, who were close to death, Kelly spent one year and £13,700 to rescue them and bring them back to the UK.

‘There are millions of cats. It’s like what cat do you choose?’ she says. ‘But there were these two, and the littlest one, she was so thin. She was starving.’

She decided to set up feeding stations to gain the kittens’ trust and eventually took them to a vet for medical attention, which ended up costing £3,000 – the money she’d been saving for a deposit for a home.

She had the two moggies vaccinated, neutered and looked after at the veterinary surgery while she returned to England.

‘That money wasn’t just for spending on nothing, but I just couldn’t leave these poor littles souls like that with nobody to help them,’ Kelly said. ‘I thought well, it’s not that bad – people in this lockdown have been buying dogs for like thousands of pounds, and I’m actually helping two cats.’

In January this year, Kelly attempted to fly back to Antalya via Romania and Istanbul but was stopped at Istanbul airport due to Turkey’s strict Covid laws.

‘[In Istanbul] they checked my passport and ask me where I was from,’ Kelly says.

‘They said you have to isolate here – it was a Turkish hostel, and I said, ‘No I can’t do that’, and so they said: “You can’t leave the airport.”’

Kelly was stranded in the airport, with limited access to food and drink, for days before she decided to return home to the UK kitten-less.

She was told that  Delilah and Harriet could either be let back onto the streets or put down.

However, she managed to find accommodation for the pair of cats in a ‘pet hotel’, which she paid for until she could fly back out to see the cats in October 2021.

But, once again, Kelly returned home empty-handed due to strict export protocols on live animals that she previously didn’t know existed.

She says: ’I went to the airport with the cats, obviously, to get myself back to the UK, and I was told point-blank: “This is not possible. You cannot fly these into the UK from here”.’

‘I went from one airline to the other airline asking, and basically, getting the same reply.’

Eventually, she got in touch with an animal rights group who were able to get the kittens back to the UK.

Kelly was finally reunited with Harriet and Delilah after October 23, and all of the trouble felt worth it.

‘I know that I spent that money, and I don’t make a lot of money – I’m only a hairdresser – but it made me feel like I’d done something worthwhile,’ she says.