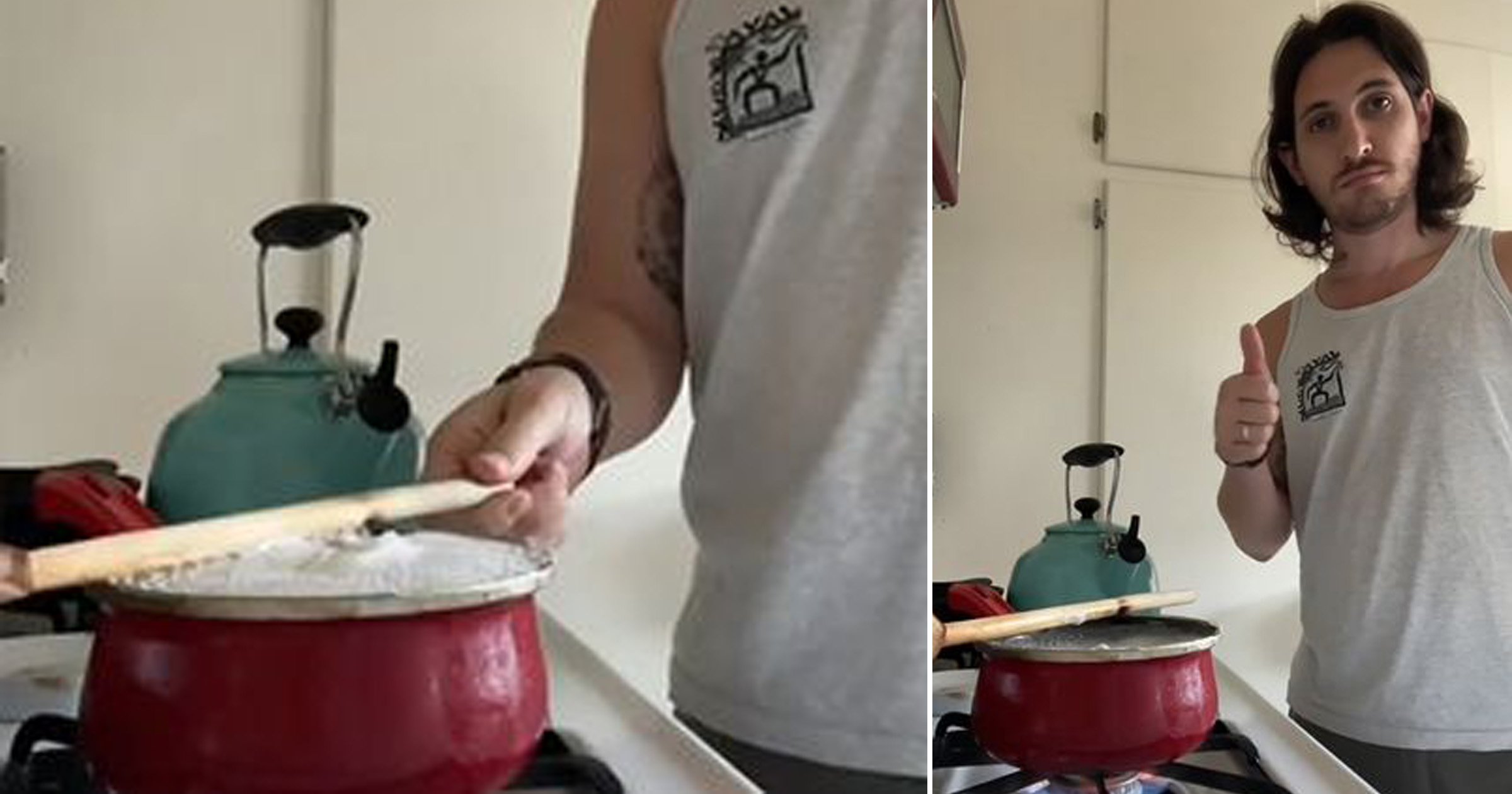 Cooking dinner is all well and good until a boiling pot of water spills over onto the hob.

It causes a sense of panic and is followed by a quick dash and some prayers that your vegetables are still in good nick.

However, one man is coming to save the day (and your kitchen floor) with a hack to stop such an occurrence.

User @sidneyraz regularly shares informative life hacks that he wished he knew earlier in life, and his latest trick is one of his most popular.

He begins the video by saying: ‘Here is something I wish I knew before I was in my 30s.’

He then goes on to explain the super simple technique.

‘You can stop a pot from boiling over by putting a wooden spoon on it,’ he tells followers.

Next he places the spoon on a pot on the verge of spilling over. Once on the pan, the boiling water subsides.

it has helped many times #inmy30s #cookingtips

Since being posted, the video has received over 9.3 million views and 1.9 million likes.

It’s clear that people in the comments are blown away by the effortless tip.

‘Wait what? Am I even breathing correctly at this point?’ wrote one follower.

‘I learn something new every day from this app. Three more years until I’m 30,’ said another.

Many were confused at how the spoon stopped the boil, so some users shared the science behind it.

‘It breaks up the cohesion of bubbles. Like touch a drop of water on a flat surface. It’ll fall apart and spread out,’ wrote an informed commenter.

Meanwhile, others saw the humorous side of the hack.

One joked: ‘So for everyone confused, here is the science behind it: the bubbles are afraid of wood and do their best to stay away. Hope this helped.’

Send us an email at [email protected]