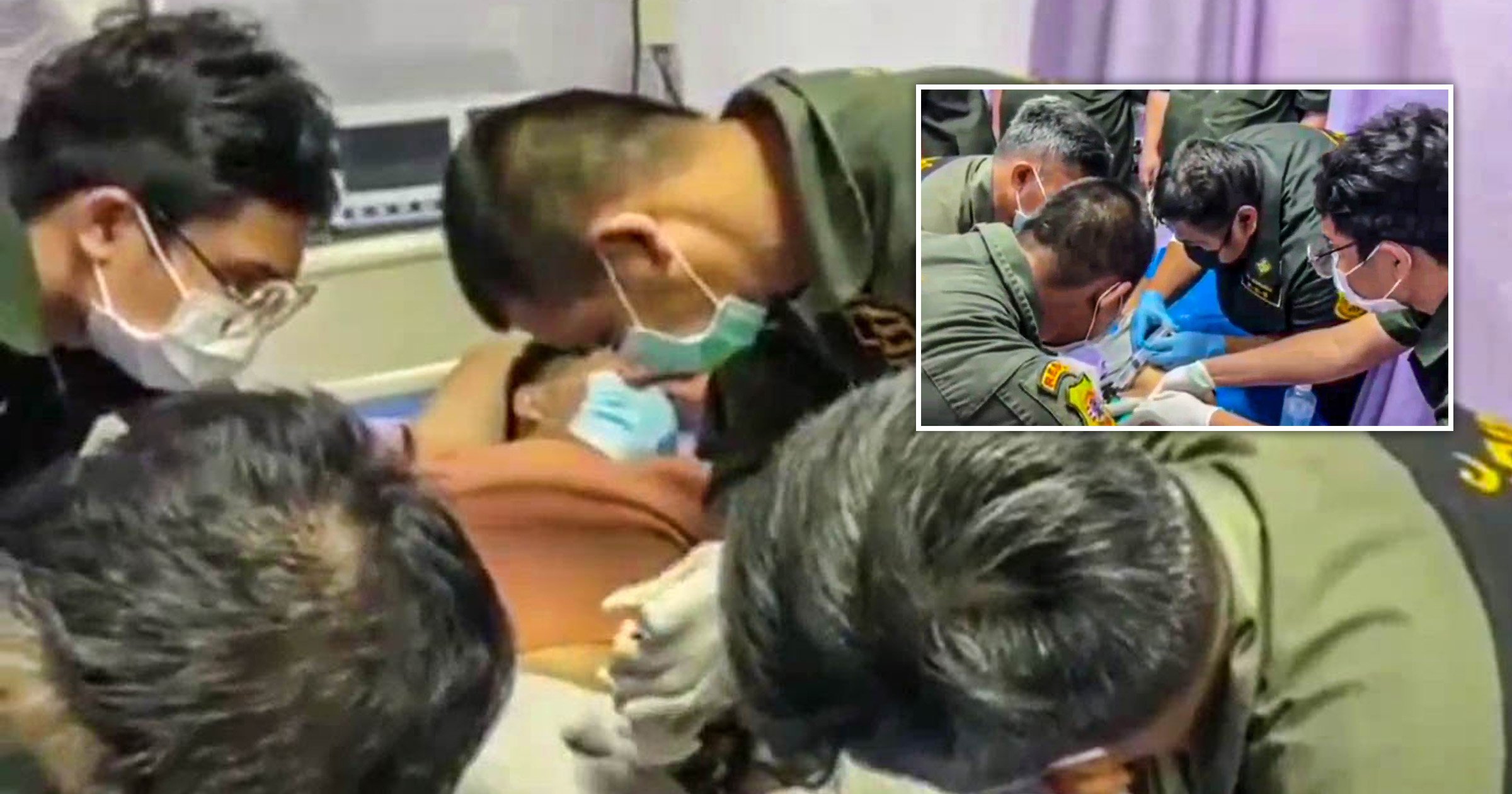 A bloke who desperately wanted to increase the size of his penis wrapped a metal ring around it in a bizarre bid to try and get it to grow.

But instead of having the desired effect, the unnamed man from Thailand ended up in hospital because the ring cut off circulation to his shaft.

After leaving it on for four whole months, the pain became excruciating and he was forced to seek medical help.

But doctors at Krungthai General Hospital could not help him on their own and had to call in local firemen to prize it off.

Emergency workers were forced to use wielding cutters and power tools to remove the implement from the man’s nether regions.

It took them nearly an hour to hack away the metal ring before the man’s penis was finally freed.

According to doctors, it was removed just in time and any longer may have led to infection – and even amputation.

Somchai Chokchai, who was involved in the procedure, said: ‘The man said he had been wearing the iron ring on his genitals for four months.

‘He hoped that it would make his penis bigger but it became inflamed because the blood could not circulate easily.

‘The patient said he had been using rings on his penis for four years but this was the first problem.

‘The device was carefully removed because if we did it wrong, it could cut and injure him. The whole process took more than one hour.’

For more stories like this, check our news page.